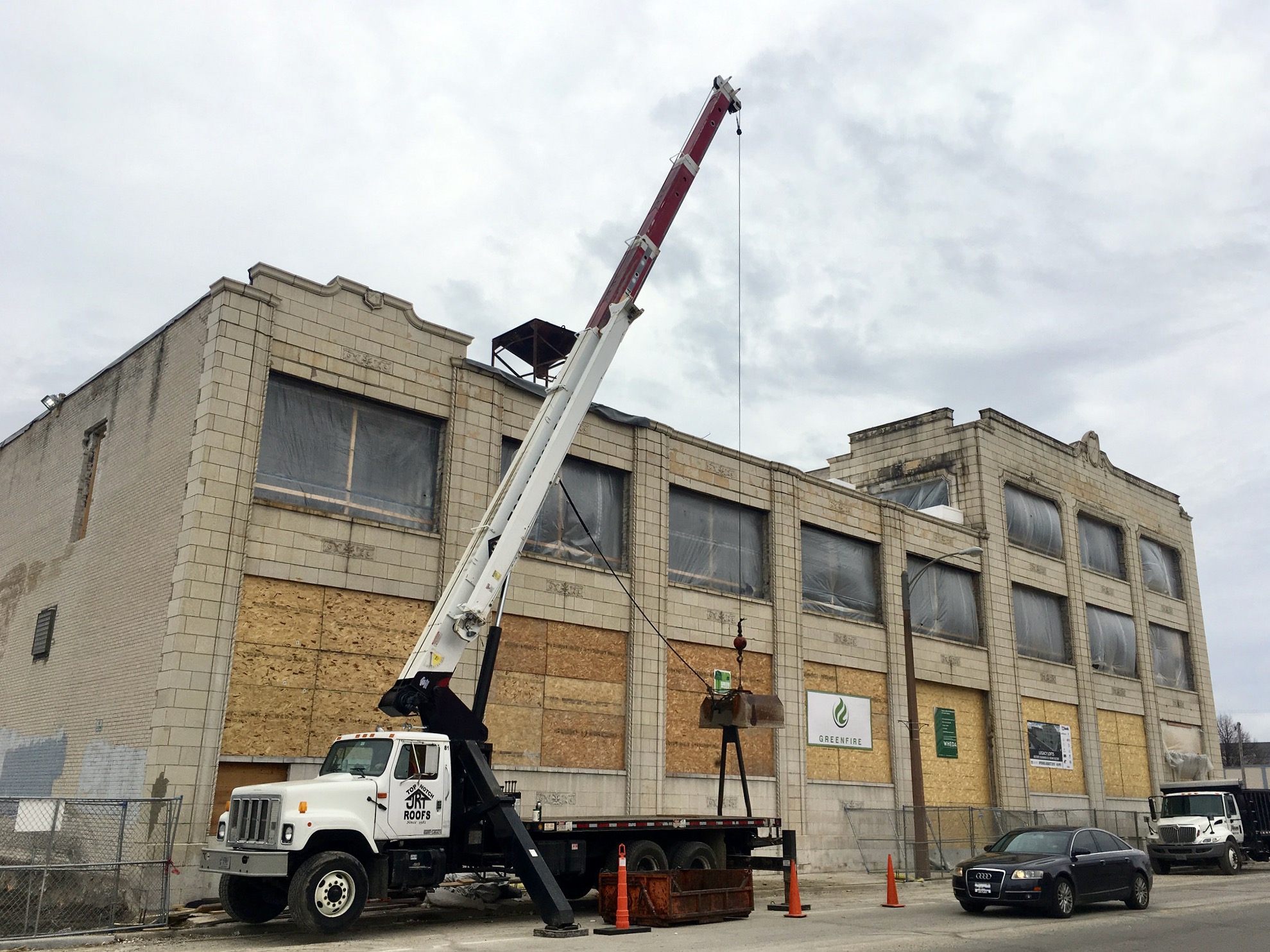 The former Blommer Ice Cream Factory, at 1500 W. North Ave., is being converted into a 64-unit housing complex, with the help of tax increment financing. (Photo by Elliot Hughes)

Mayor Tom Barrett was short on details when he set a goal of building or improving 10,000 affordable housing units in 10 years in his State of the City address. But if done correctly, affordable housing advocates said, 10,000 units could take a real stab at the city’s deeply rooted segregation.

“It could take the city from being one of the cities that’s known for the segregation we’ve had for over 50 years into a more integrated city,” said Andi Elliott, CEO of Community Advocates.

During his 40-minute speech at the freshly constructed Northwestern Mutual Tower earlier this week, Barrett announced that through private partnerships, the city would soon expand a loan program designed to help low-income families improve their homes. And he said he is willing to commit significant “tax incremental financing” to spur construction of affordable housing units, both in the neighborhoods and downtown.

“Growing affordable units in these areas will make it easier for workers to get to nearby jobs,” Barrett said.

Housing advocates applauded the goal of 10,000 units in 10 years, saying that not only is it doable, but that it is a minimal starting point if the city and community want to reduce segregation, foreclosed homes and poverty. But there are many directions the city could take on its path to creating 1,000 better housing opportunities every year, they said.

For one thing, it matters where the housing would be. Barrett said the new units could be located anywhere in Milwaukee,” but added that he is “particularly interested” in seeing more affordable units in the downtown area. 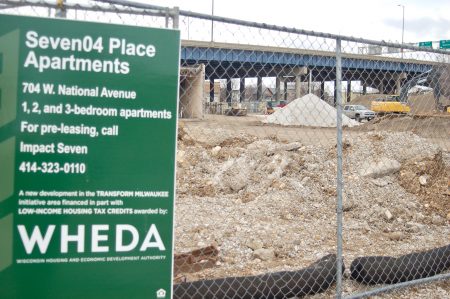 Some housing advocates are wary about too much focus on downtown, when neighborhoods farther away struggle with foreclosed homes and rents that cost 80 to 90 percent of some families’ incomes.

But nobody wants to see downtown — which has recently seen a boom in high-end housing and commercial development — become an area that’s only affordable for the wealthy.

If downtown and its adjacent neighborhoods can become mixed-income areas, it could help integrate Milwaukee and connect low-income households to better educational, employment and healthcare opportunities, according to Kori Schneider–Peragine, a senior administrator with the Metropolitan Milwaukee Fair Housing Council.

“We completely agree with affordable housing downtown,” Schneider–Peragine said. “We think that makes a lot of sense.”

Then, there’s the question of just how much emphasis will be placed on homeownership versus renting.

In his speech, Barrett said Associated Bank has become the city’s first corporate partner in expanding the city’s STRONG Homes Loan program. He said that partnership will add $1.5 million into the program’s coffers, which currently disperses up to $20,000 to a maximum of four low-income families every year for home improvements. The city is looking for additional partners as well, Barrett noted.

Elliott characterized affordable housing as the immediate need, saying too many people are struggling in unsafe properties that are far too expensive.

But Mike Gosman, executive director of ACTS Housing, which helps low-income families become homeowners, is particularly hopeful that Barrett’s housing campaign will increase homeownership. He said homeowners are more likely to fix up and care for their homes, develop relationships with neighbors and “do all the things that help to create a community that is attractive.”

“I’m hopeful, as that plan gets debated and fleshed out, that there’s a significant role for individuals and families that want to become homeowners, not just looking at affordable rental opportunities,” Gosman said. “We’d love to see how we can contribute to the 10,000 goal.”

“I think it’s ambitious,” Winston said of Barrett’s goal. “We are committed to helping the city. I’m just waiting to hear more details.”