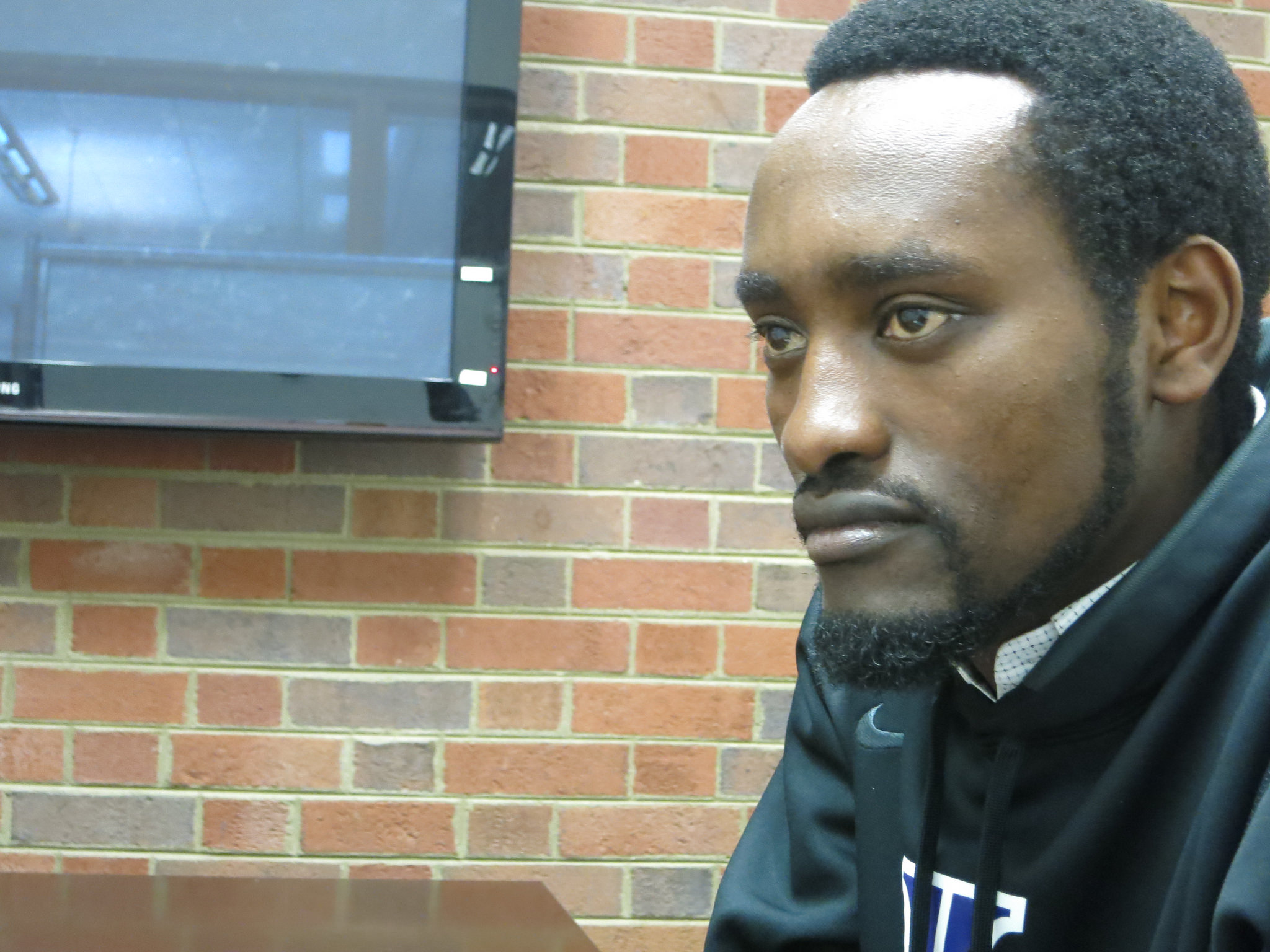 Congolese refugee Kabayiza Ntirenganya is one of 585 refugees who resettled in Wisconsin in 2017. (Photo by Talis Shelbourne)

When Kabayiza “Raja” Ntirenganya arrived in the U.S. as a Congolese refugee from Rwanda, he thought his greatest struggles were over. However, he soon faced barriers due to his disability.

At the age of 2, the Democratic Republic of the Congo government declared Kabayiza’s family Rwandan, because they spoke Kinyarwanda, a language that was not the republic’s legal language.

“We were forced to leave the country; if not, we would be killed,” he said.

He ended up at Kiziba Refugee Camp in Rwanda, where he was shot in the foot at the age of 4, caught in the violence between soldiers and those he referred to as “the killers.” After spending two years in the hospital, he reinjured the same foot and spent another two years recovering. However, the injuries left permanent damage.

“I didn’t get proper treatment because there were many thousands of injured people, and there was not enough treatment,” he explained.

Kabayiza (his last name in his native language of Kinyarwanda) said he was anxious to get out of Kiziba. “It’s a place where you have nothing to do,” he said. “We were not allowed to go and find a job or do anything to give us money.”

His luck turned when he won an Impact Hope scholarship from the Gitwe Adventist Secondary School in Rwanda. The scholarship made him eligible for refugee resettlement in the U.S.

He met In-Jee Lee, his “Korean tiger mom,” during summer 2017 in a cultural orientation class at a Milwaukee resettlement agency.

Lee had spent six years as a schoolteacher in South Korea, volunteering with North Korean refugees. She continued volunteering with refugees when she started attending University of Wisconsin-Milwaukee for her graduate degree. 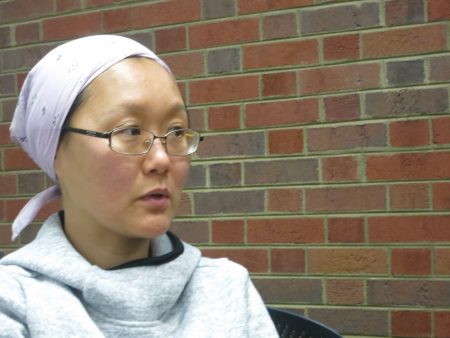 Kabayiza met In-Jee Lee during summer 2017 in a cultural orientation class at a Milwaukee resettlement agency. (Photo by Talis Shelbourne)

Lee said the plight of refugees is personal for her; she was born in Busan, South Korea, in 1977, at a time in which child “vagrants” were picked up and forced into slavery. By sheer luck, she avoided this fate.

“I realized how lucky I was and that just fueled my determination that I was going to work with refugees,” she said.

When she left the resettlement agency to work full time at SEA Literacy, “Kabayiza was sad,” she said. “I didn’t want to be one of those people who would just go to work and then on the weekends and in the evenings just forget about them. I was either going to jump in or not.”

So she began personally investing in Kabayiza’s successful resettlement, helping him fill out job applications and taking him to job interviews.

Alexander Durtka, president and CEO of the International Institute of Wisconsin, said people such as Lee are an important part of the resettlement process.

“The refugees basically come here with nothing or very little,” he said.

Kabayiza immigrated to the U.S as an adult, leaving his mother, brother and sister behind.

Although he wanted to work, he found it difficult to get a job.

“He wasn’t allowed to work in the camp, therefore, he has no work history,” Lee explained. “He doesn’t have a driver’s license; therefore, he can’t get to a lot of places. And he has this disability [when] the only jobs available for refugees, you have to stand for hours.”

Many companies say that standing is an essential part of job duties, Lee said. However, the law also requires companies to make reasonable accommodations for people with disabilities.

“I’m not able to stand for more than 20 minutes,” Kabayiza said, “[but] I can do everything if I have somewhere to sit.”

“There are a lot of refugees that come over with great skills,” Lee added. “He speaks English. He has great interpersonal skills. But no one is able to look beyond his foot.”

It took Lee and Kabayiza months before they connected with someone who specializes in disabled refugees. Timothy Young, president of Assure Consulting & Employment Services, interviewed him last week.

Kabayiza said he is hopeful that he will get a job.

According to Mary Flynn, a program manager at Lutheran Social Services Refugee Resettlement program, refugees come from all over the world, including Burma, Iraq, Afghanistan, Somalia, Malaysia, Ethiopia and the DRC. LSS is one of three refugee resettlement centers in Milwaukee, along with Catholic Charities and the International Institute of Wisconsin.

Many refugees who safely make it to a new country worry about those they left behind.

For example, as Kabayiza tried to focus on resettlement, the situation at the Kiziba refugee camp was deteriorating.

“Some people tried to leave and the soldiers shot them,” Lee said. “So people died. And a lot were wounded, including his friends. So this is what he’s dealing with on top of his own situation.”

Kabayiza said that eventually he wants to be in a position to help those at Kiziba, so they don’t face the same difficulties he has had in resettling.

“The refugees are certainly welcome here in Milwaukee,” he said. “They become very productive members of the community and bring a life to the community that they wouldn’t have otherwise.”