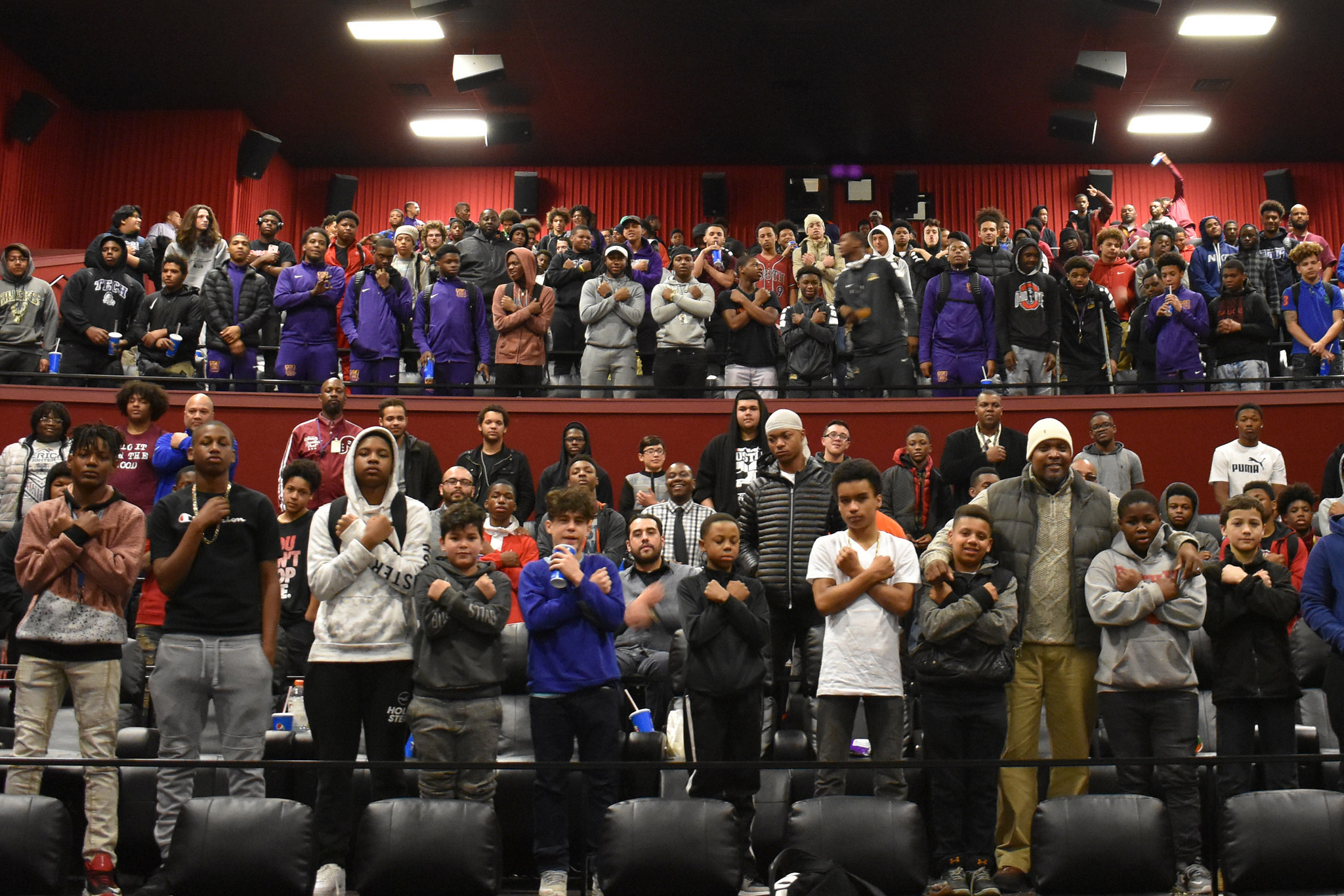 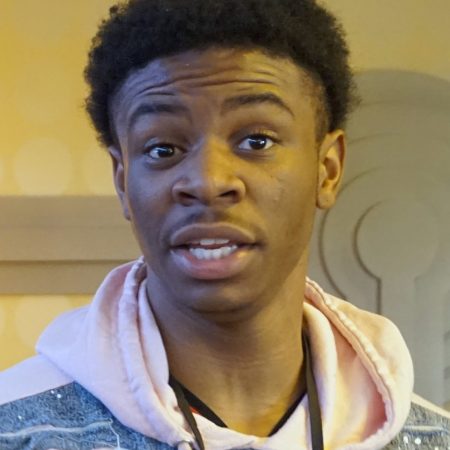 It didn’t take much convincing to get local middle and high school boys to skip class on a morning last week to go see an action movie instead. More than 200 young men from seven Milwaukee Public Schools attended a special viewing of “Black Panther,” followed by a reflection session at the Marcus North Shore Cinema.

After watching the film, chaperones led the students in a talkback session, reflecting on the themes of colonialism, white supremacy, anti-blackness and Afrofuturism in “Black Panther.” The students discussed how they could relate these themes to their own experiences in their schools, families and communities. In addition, they offered ideas for how to welcome new people, avoid judging others, accept their own vulnerability and contribute to communities of peace and unity, just like the characters in the movie.

Positivity, respect and leadership were some of the themes Bradley Technology and Trade School sophomore Christopher Reed gleaned from the film, and he said the event was the first time he saw so many high school boys from different high schools get along so well. “It’s the first time I saw high schools unite as one and not start any arguments, not curse each other out,” Reed said. 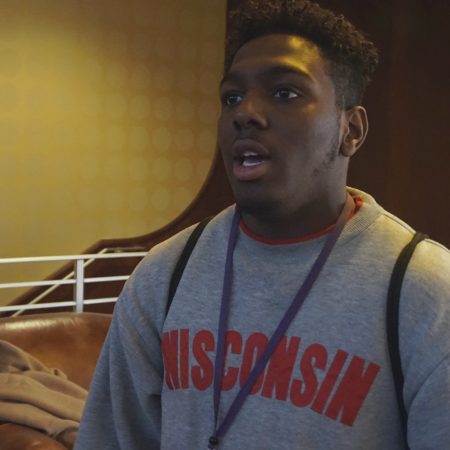 Jan Paris, a sophomore at Bradley Tech, said it was a powerful experience to see the movie for the first time with hundreds of peers from all over Milwaukee. “If you watch it with everybody else it’s different. I guarantee there are people sitting in there right now thinking, ‘We’ve got to change, we’ve got to come together.’ It opens people’s minds, and that’s what I think people really need,” he said. “

“People don’t know other people’s backgrounds. They don’t know what they have to deal with every day,” Paris added. “This movie opened my eyes.” 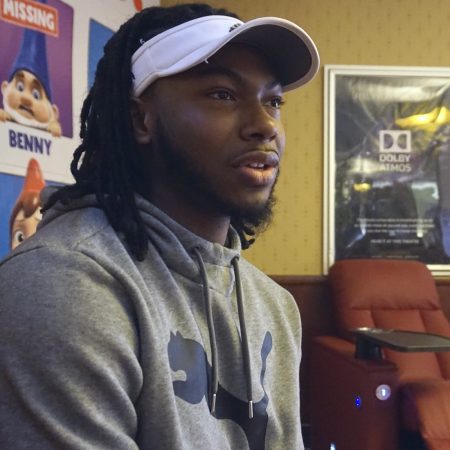 “I never watch superhero movies, so at first, I wasn’t interested in seeing it. Then I saw it and really liked it,” said Greg Ikanih, a senior at Washington High School. “I didn’t even really pay attention to them fighting; I see it as a community of people sticking together for what they know is right, so they can help their own people. … They won’t turn against each other just because they believe different things, so I feel like that encourages us not to fight against each other just because we have our different views.”

Lanelle Ramey, director of the MPS Department of Black and Latino Male Achievement, which sponsored the event with Ald. Khalif Rainey, talked about the importance for these young men of being able to see a positive narrative about black men, created mostly by black directors and actors.

“Even the villain had a message behind his story that was good, and it’s something our young men face with their own pain. The fact that he lost his father and he blames everyone for losing his father and all the things he did to not show his emotion about losing his father was a great theme of the movie for a black man in particular,” Ramey noted. 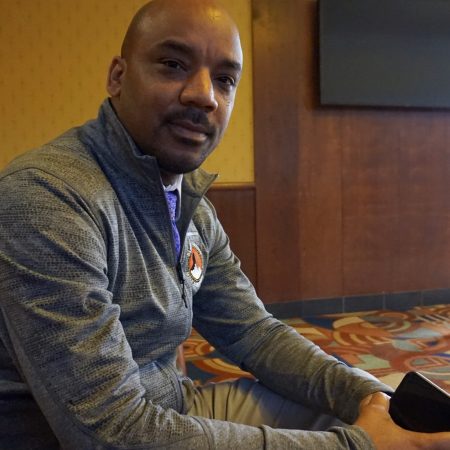 “Black Panther” reinforces the value of community,” Ramey noted. “There’s a line that divides us — those who go to different schools, those don’t live on the same block – and we want to eliminate that line.”