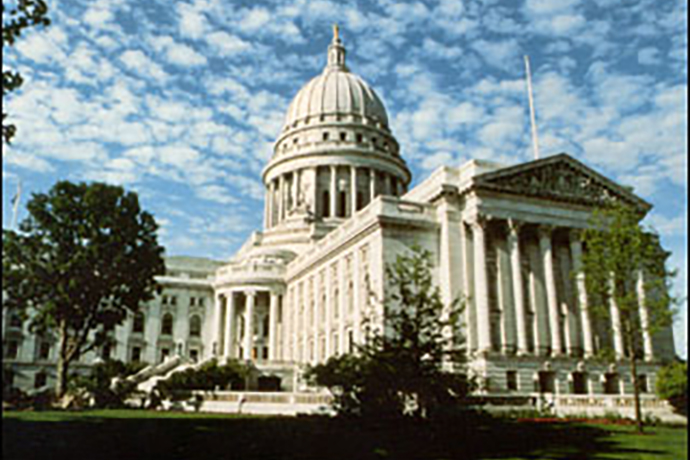 State Sen. Leah Vukmir’s proposal to force county jails to hold more people while they await decisions on whether their parole or probation should be revoked will force counties to increase property taxes or reduce other services.

It’s outrageous that Vukmir, who poses as a fiscal conservative, is so willing to use her position as a state senator to increase local taxes. It’s equally outrageous that Republicans in the Wisconsin State Assembly went along. This proposal, if adopted, will cost local property taxpayers statewide millions of dollars a year.

Vukmir (R-Brookfield) is the main author of Senate Bill 54, which mandates that the Department of Corrections recommend revocation of probation for anyone on supervision who is charged with a new violent misdemeanor or any felony. An amended version of the bill was approved by the assembly. The state senate will vote later this month.

DOC estimates that the bill, if it becomes law, will result in an additional 2,135 revocation recommendations each year. If each of those alleged offenders spends 50 days in jail awaiting the outcome of his or her revocation hearing, total annual jail time in the state will rise by 106,857 days, or about 293 inmate years.

Property taxpayers could be on the hook for a total of $4 million to $6 million, depending on the daily cost of housing each inmate. That does not include any construction costs associated with building or expanding jails to handle the new population.

Because of state-imposed limits on county property tax levies, counties may have to cut vital services to pay for the increased jail costs.

State administrative judges may refuse to revoke supervision for as many as half the people jailed under the new law, according to DOC estimates.

In other words, people are jailed unnecessarily for up to two months and then the state will say “whoops – never mind. But counties: here’s the bill anyway.”