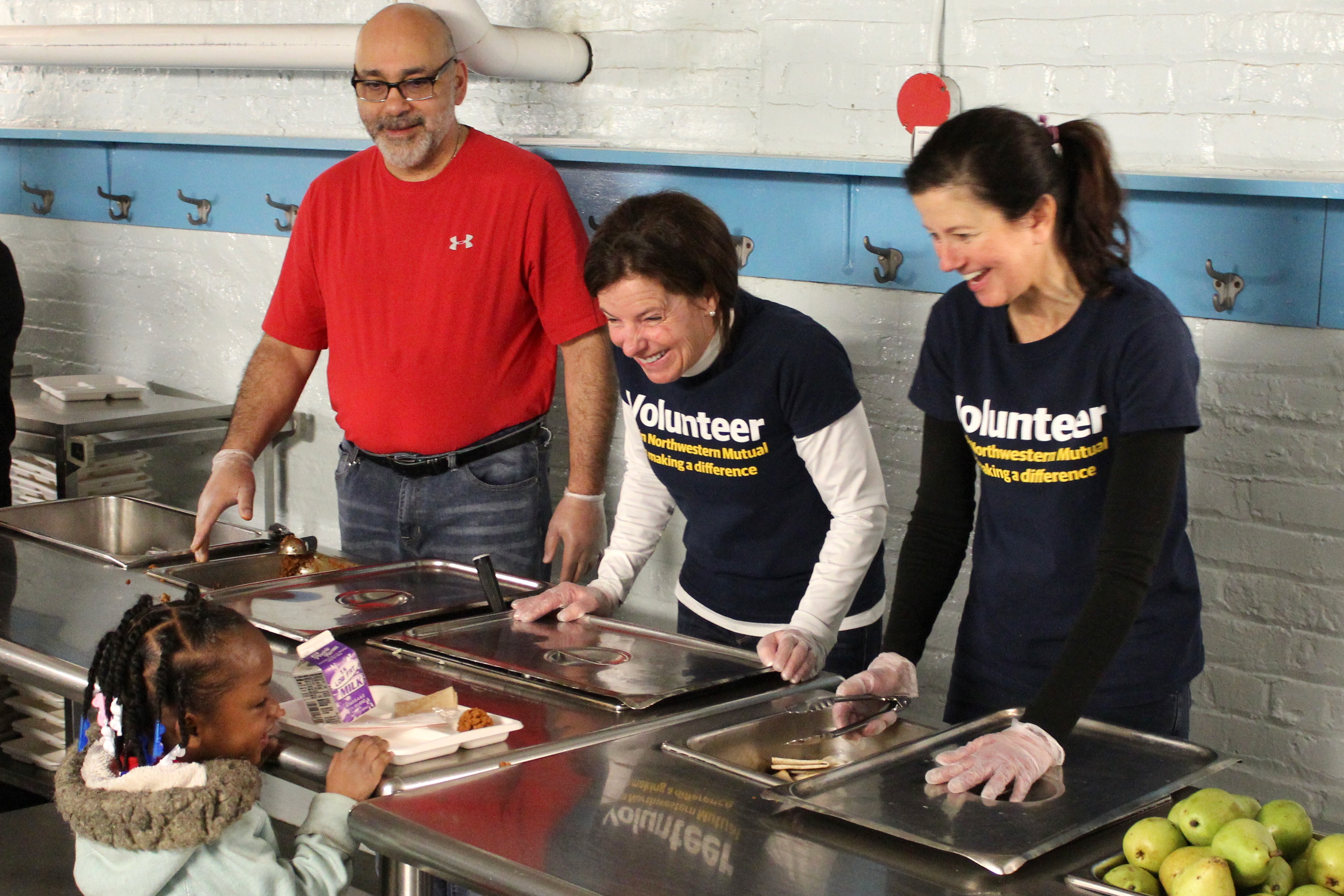 In 2016, students at Auer Avenue School wrote an article for the school newsletter expressing their desire for healthier meals. This became the first step in an effort that evolved into the school’s “Hot Healthy Breakfast Program,” an eight-week pilot project to serve students hot meals on Mondays. The program concluded on March 19.

After volunteers served the last breakfast of the pilot, a burrito plate including taco meat, eggs, hash browns and tortillas, the school’s 280 students gathered at a pep rally to honor Chef Michael Feker, whose leadership and experience were instrumental to the program’s success. Other program partners, including officials from United Way and Northwestern Mutual, also were recognized.

“Maybe if we write [Chef Feker] a bunch of love-grams, he’ll come back,” said Dr. Zannetta Walker, principal at Auer, to the students at the pep rally. 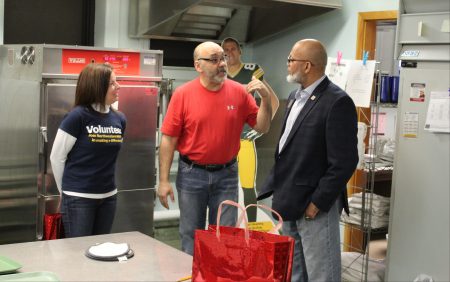 Prior to the breakfast program, cold pre-packed breakfasts with items such as cereals and crackers were the only option available to students.

“[The parents’] number one concern was kids being able to focus,” said Noreen Noonan of Northwestern Mutual, a community partner in the breakfast program. Breakfast options served at the school generally had a lot of sugar.

Michelle Allison, United Way community school coordinator at Auer, said the breakfast program took about a year to implement, starting in fall 2016. Stakeholders from Milwaukee Public Schools, the United Way, Northwestern Mutual, the Amani Neighborhood Association, and the school’s Parents’ Club partnered to plan, fund and carry out the breakfast program at the school.

“[The program] called for a combination of hands,” said Feker, who has been a cook and restaurateur for 32 years. Feker became aware of Auer School when his friend, Ald. Khalif Rainey, encouraged him to get involved in the breakfast program.

Feker, who owns the restaurants Il Mito in Wauwatosa and Zesti in Hartland, offered his leadership experience and culinary expertise to teach volunteers how to create and serve meals to the children. Feker and his wife will officially open a new restaurant, 2Mesa Mexican Eatery, on March 29 at 4110 W. Martin Drive.

He believes a hot breakfast helps educate students before they even enter the classroom. 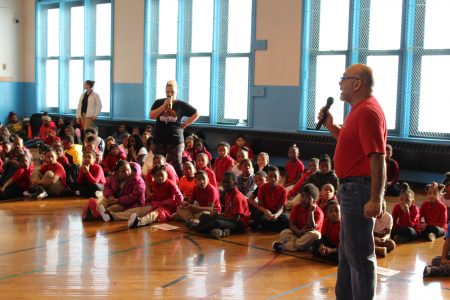 “The best people to teach about healthy eating are children,” Feker said. He mentioned it can be difficult to change bad eating habits later in life, and added that it is important to reinforce healthy eating practices for children.

“I appreciated [serving students a] warm breakfast and a smile,” said Noonan, who volunteered to serve students hot meals during the pilot.

She acknowledged some hesitation from students early on. About two weeks in, though, they warmed up to the volunteers serving them hot breakfasts.

“I like how the volunteers say ‘good morning’ to you,” said Antonio Gates, an eighth-grade student at Auer. His favorite breakfast items were hash browns and fruit.

At the pep rally, Mark Sain, president of the Milwaukee Board of School Directors, addressed the students, noting, “Healthy food gives us the fuel we need to perform at our optimal level.” Sain, a graduate of Auer School and grandfather of five children in Milwaukee Public Schools, said the breakfast program not only supplemented the students’ diets, but taught children and parents about healthy food.

Sain added that the Hot Healthy Breakfast Program generated more interest in nutrition at the school, and stated that there will be further initiatives — such as hosting community conversations and classroom sessions about nutrition — in the coming months.

Northwestern Mutual, the fiscal sponsor of Auer Avenue School’s breakfast program, is donating kitchen appliances, including ovens and steamers to the school later this year.

Editor’s note: This story has been updated to correct errors in the paragraph about which restaurants Michael Feker owns.