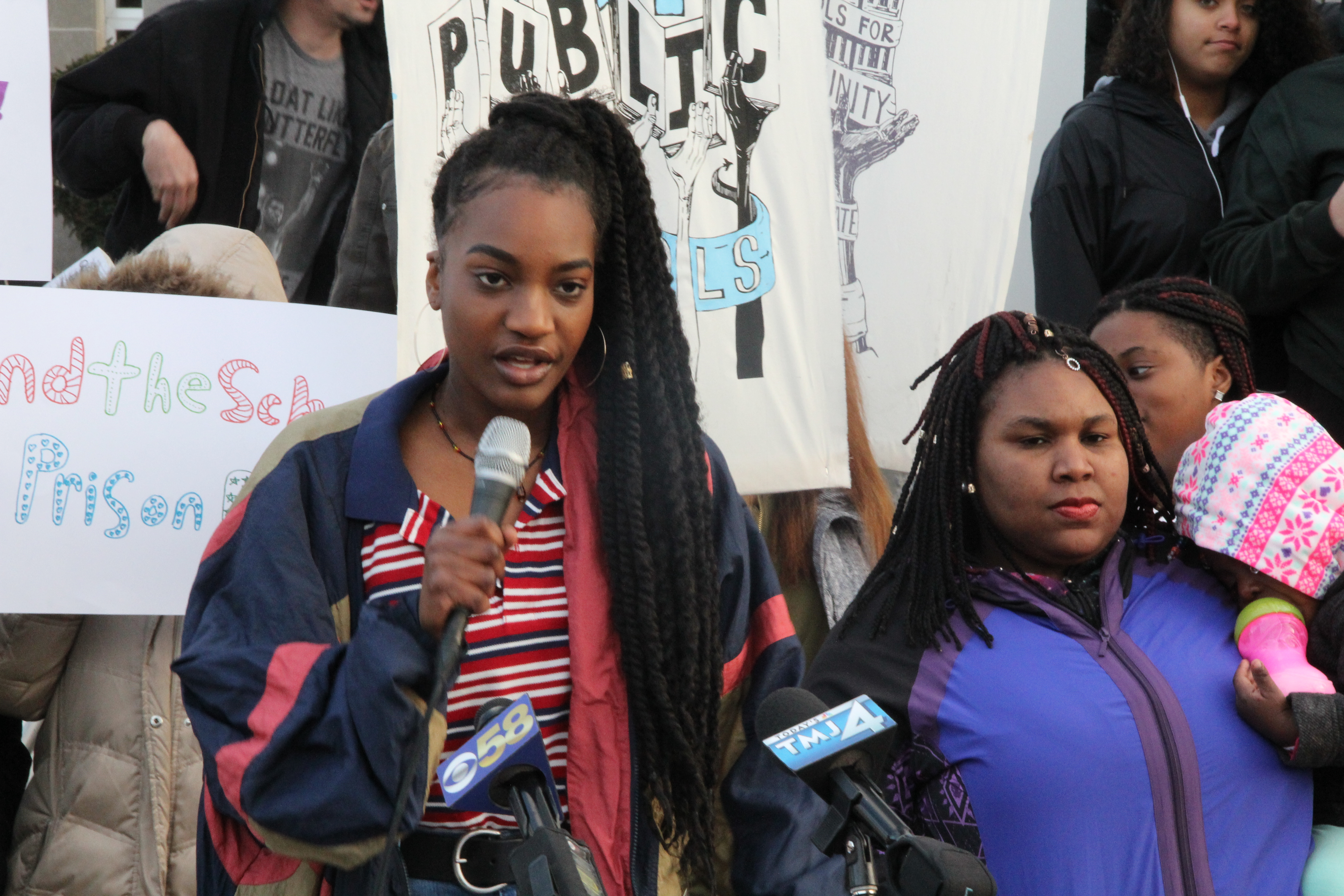 Students and alumni of Milwaukee Public Schools gathered outside of a recent MPS board meeting to protest policies that they say discriminate against black students.

Joya Headley, a junior at Milwaukee School of Languages, spoke on behalf of the dozens in attendance. “Here at Milwaukee Public Schools, black students are treated differently than white students,” she said. “[We] are put on a path to filling Wisconsin prisons.”

Headley’s speech focused on racial disparities in the school district. She said students feel criminalized as soon as they step through the doors of their schools.

Leaders Igniting Transformation, a nonprofit organization led by youth of color, proposed a 14-point plan, the Youth Power Agenda, aimed at ending the school-to-prison pipeline for black students. The priority for Headley and others in the group is for police officers and metal detectors to be banned in the schools.

“This is supposed to be a place where students learn, not a prison,” Headley said.

MPS is the largest public school district in Wisconsin. Its 150 schools include elementary, middle and high schools, as well as charter, non-traditional and alternative high schools. More than 80,000 students attend the schools: 56 percent are black, 24 percent are Hispanic, 14 percent are white, 5 percent are Asian and 0.8 percent are other races. 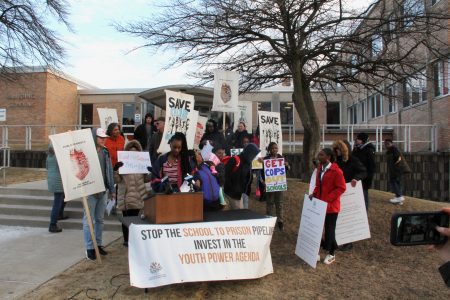 Several students gathered outside of an MPS board meeting with signs to protest policies that they feel are discriminatory.

“There were over 100 cases where MPS expelled black students, but not white students, for the same behavior,” Headley told the gathering. “More importantly, MPS is not taking racial discrimination seriously.”

Elisha Branch, an alumna of Washington High School of Information Technology, also took to the podium. “I have a child, and I don’t want her to have to go through the same things that I did just because I’m poor, black and live in Milwaukee,” she said. “I walked through metal detectors and saw police every day when I was in school; it was deeply offensive to me.”

Added Headley, “If a kid wants to bring a weapon into school, he or she will get around the metal detectors; I guarantee that.”

In 2018, there already have been 17 school shootings nationwide, according to CNN, and President Donald Trump has suggested arming teachers. Headley and Branch oppose putting more guns into Milwaukee Public Schools because they feel officers and metal detectors haven’t made them safer.

“What’s the point of adding more guns to our schools when we already don’t feel safe,” Branch said.

“Arming teachers and security guards will not make our schools safer… it will only make us feel like prisoners,” Headley said. “The damaged trust between students and police officers will only perpetuate the constant tension that fills the halls of our schools.”

“Growing up in a black community, we were taught to fear police,” Branch added. “That’s just a part of our culture.”

Other points in the LIT plan include creating an inclusive school code, increasing the number of licensed support professionals and reducing classroom size. Headley and Branch demanded that MPS hire more teachers and educational assistants to reduce class sizes.

Jim Gross, a third-grade teacher at the Academy of Accelerated Learning, said there is no easy solution to such a complex problem. “Students and faculty want to feel safe when going to school but it’s so hard to say what is right and what is wrong for the district.”

According to the organizers, Leaders Igniting Transformation does not expect MPS to adopt its entire 14-point plan, but the group does expect the protest to spark a conversation.

Branch said that her top goals are to remove officers and metal detectors from the schools and to end suspensions and expulsions. “It’s going to be a fight, but we aren’t going to stop until we succeed.”