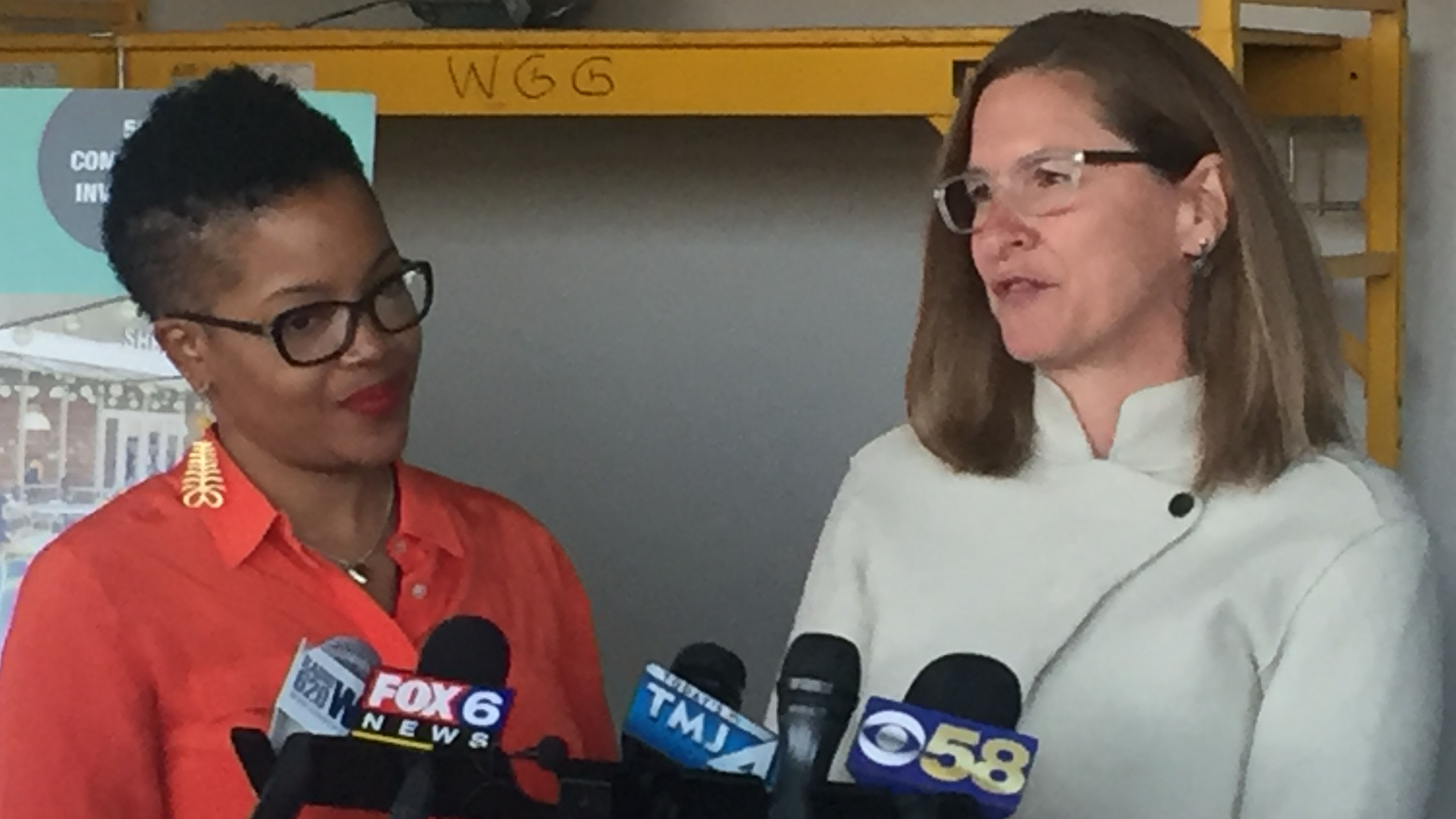 Co-developers JoAnne Johnson-Sabir and Juli Kaufmann speak to members of the press at the grant announcement. (Photo by Andrea Waxman)

The Sherman Phoenix real estate development project in Sherman Park has received a $250,000 grant from The Wisconsin Economic Development Corp.

The Community Development Investment Grant to Milwaukee County for the Sherman Phoenix project was announced by Lt. Gov. Rebecca Kleefisch at the site Tuesday.

The use of the name “phoenix,” a mythological bird that rises from the ashes of its predecessor, represents the developers’ intent to breathe new life into Sherman Park’s economic and community life after years of disinvestment and decline. 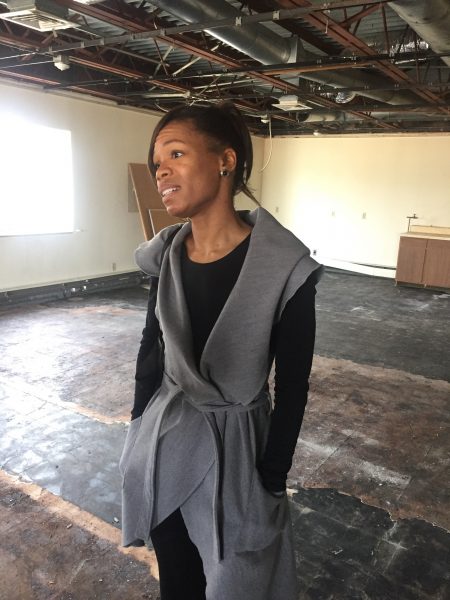 Joanna Brooks, owner of Embody YOGA, stands in her future studio on the third floor of the Sherman Phoenix. (Photo by Andrea Waxman)

“The reason I love the symbolism of the phoenix” is that the project is bringing back “pride, capacity and ability that were always here,” said Chris Abele, Milwaukee County executive.

According to Johnson-Sabir, $2.5 million, including the WEDC grant, has been raised for the project from more than 100 investors and donors. An additional $1 million is needed before the building can be completed. She said she is confident that the project will reach that goal.

An ongoing Indiegogo crowd-funding campaign for the project allows Sherman Park residents and other community members to invest in the economic wellbeing of the area.

A significant feature of the model of small businesses sharing space will be mentoring and learning opportunities for entrepreneurs of color who often don’t have access to such resources, Johnson-Sabir said.

Erected in 1927, the building encompasses 20,000 square feet on three floors and the basement. In its new incarnation, it will house 20 businesses owned by local entrepreneurs, most of whom are African-American, and will provide an estimated 75 jobs. There are 10 tenants on a waiting list, Johnson-Sabir said.

Prospective tenants include restaurants and other food businesses, wellness and beauty services and a variety of retail businesses. Space also will be dedicated to cultural and community events such as the Milwaukee Film Festival and Gallery Night, Johnson-Sabir said.

There will be martial arts and yoga studios, and a consignment shop, which will double as a retail training opportunity for young women who have been trafficked.

Embody YOGA studio owner Joanna Brooks said she is locating her business at the Sherman Phoenix because it provides an example for the community’s young people.

For them to “see themselves reflected as (potential) owners, entrepreneurs and community change agents is a really big deal,” Brooks said. For that reason the project “stands to have a much larger and wider impact than we could have ever imagined.”

Construction has begun at the building located at 3526 N. Fond Du Lac Ave. and the developers hope to have a grand opening in the fall.

Kaufmann, founding owner of Fix Development, called on real estate professionals across the city to “take a second look” at investing in central city neighborhoods.