You are here: Home / Posts from Community / Realtors, city realtors recognize those who participated in Open Housing marches
Share this... 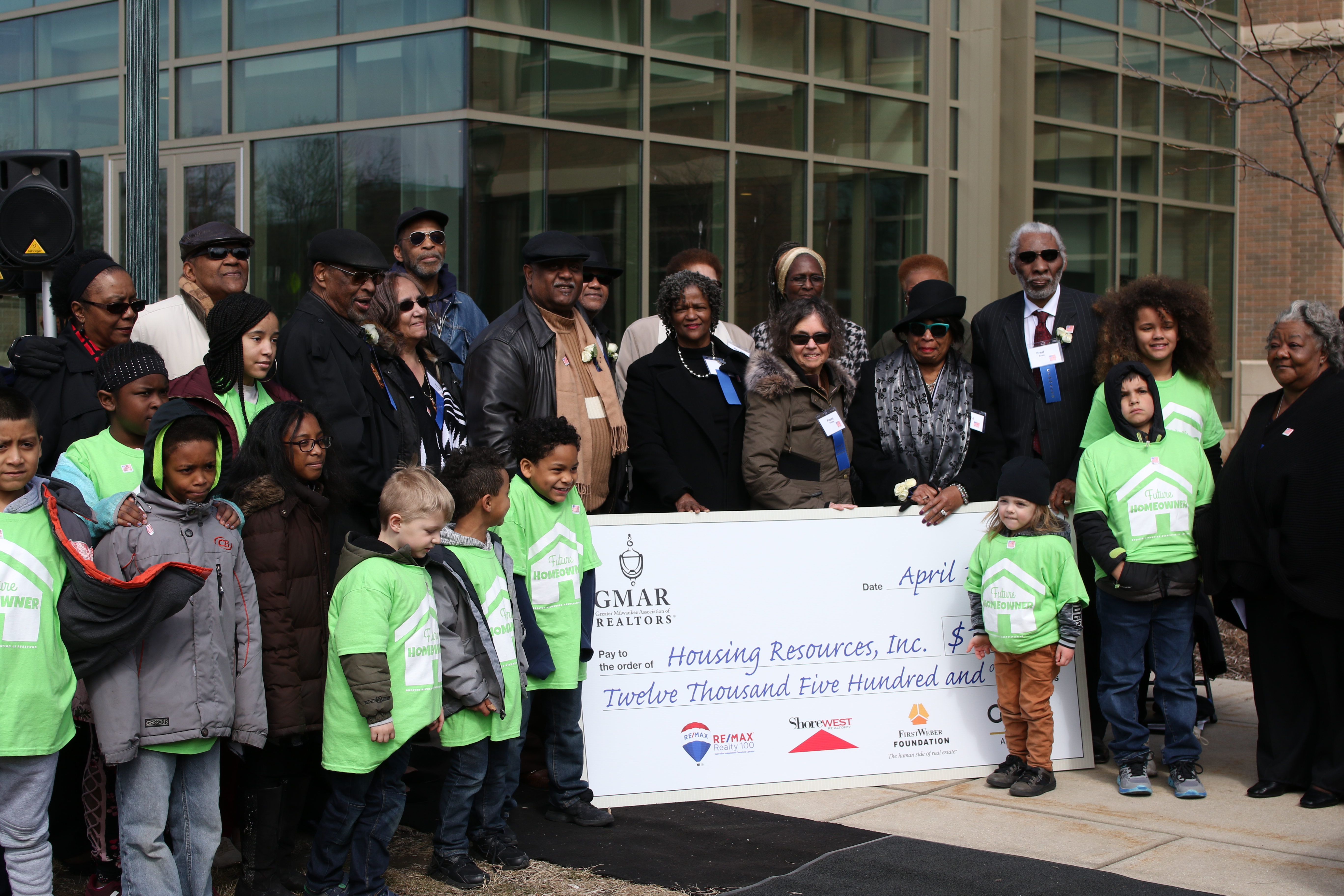 Milwaukee-area REALTORS and city leaders gathered to recognize the 50th anniversary of the Fair Housing Act and Milwaukee’s open housing marches that began on August 28, 1967, and lasted until March 14, 1968.

During a news conference just north of the 16th Street Viaduct, former members of the Milwaukee NAACP Youth Council and Commandos who participated in the 200 days of marches were honored and thanked for their bravery and courage in demanding an open housing ordinance in the city and an end to housing discrimination. Alderwoman Vel Phillips and Father James E. Groppi were also recognized for their leadership and dedication.

“We wanted to thank the members of the NAACP Youth Council, the Commandos and all of the participants of the open housing marches 50 years ago. Their efforts improved the lives of thousands of people in Milwaukee, Wisconsin and the United States,” said Vickie Kelsall, chairwoman of the board of directors of the Greater Milwaukee Association of REALTORS (GMAR). “The principles they marched for were important 50 years ago and are just as important today. And, they will be more important tomorrow, as future generations pursue the American dream of homeownership.”

As part of the news conference, the GMAR presented a check for $12,500 to Housing Resources, Inc. to support their work in preparing Milwaukeeans for successful homeownership. Shorewest Realtors, RE/MAX Realty 100, the First Weber Foundation and Century 21 Affiliated each contributed funds to make the donation possible.

The GMAR also announced a first-time homebuyer awareness and education initiative. During May and June, the association will execute a postcard mailing to thousands of renters throughout the city to encourage them to consider homeownership and direct them to homebuying classes offered by Housing Resources, Inc. The GMAR also plans to produce a rack card for placement in city churches.

Statistics show Milwaukee has experienced a loss of owner-occupied homes in the last 10 years.

“Prior to the recession in 2007, 78% of single family homes, duplexes and condo units in the City of Milwaukee were owner-occupied. Currently, that figure is 68%, which represents a loss of roughly 13,000 owner-occupied homes,” said Kelsall, citing numbers from the City of Milwaukee, Department of City Development. “We want to reverse that trend. That’s why we’re focusing our efforts on encouraging and preparing more first-time homebuyers to enter the market.”

Alderman Ashanti Hamilton, president of the Milwaukee Common Council, spoke about the leadership, determination and persistence of Vel Phillips. Phillips was a champion of fair housing in Milwaukee, was active in the NAACP and helped lead the open housing marches.

On April 30, a couple of weeks after President Johnson signed the federal Fair Housing Act, the Milwaukee Common Council passed its own fair housing ordinance that was more comprehensive than the federal law.

“The Fair Housing Act was landmark legislation. We didn’t want this significant, historic event to pass by quietly,” said Kelsall. “As REALTORS, we felt it was important to take time to celebrate what was achieved 50 years ago and then continue to work for more progress now and in the future.”

About Greater Milwaukee Association of REALTORS