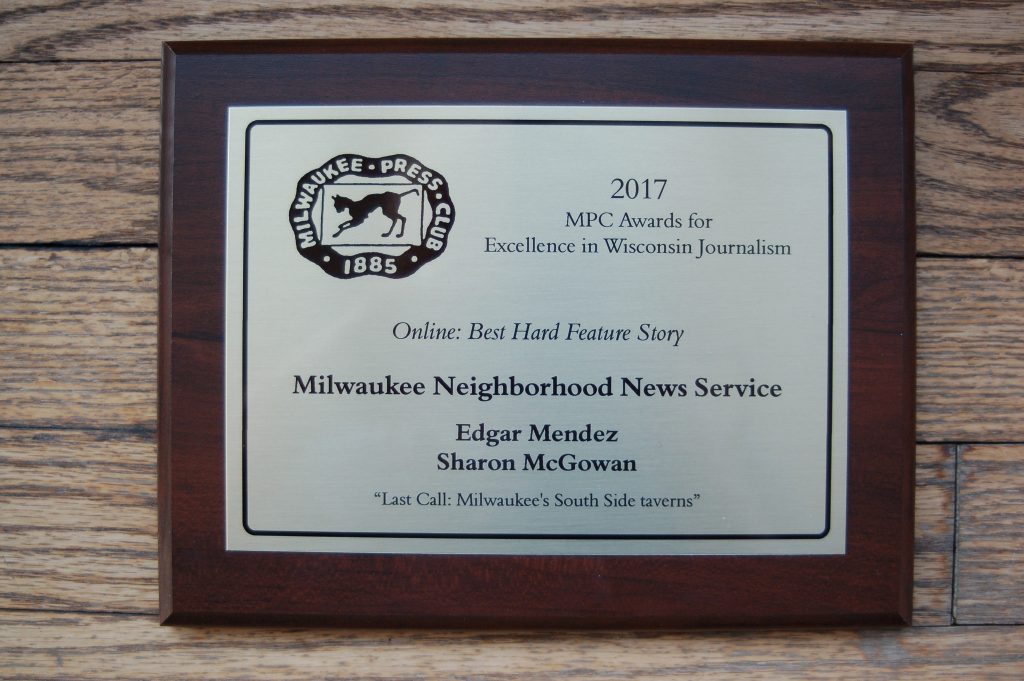 The series on the demise of South Side taverns won in the “Online: Best Hard Feature Story” category. The series, which was published on Dec. 11, 2017, detailed how the corner bar, once a staple on the South Side, is becoming a relic in some neighborhoods as a result of the steady decline of industry, changing social patterns and the perception that such taverns are a magnet for crime. Mendez looked at city licensing data and found that many old-time bars are now closed, along with the way of life they represented.

Former NNS reporter Naomi Waxman won the bronze award from the Milwaukee Press Club in the “Online: Best Hard Feature Story” category for her special report, “Teetering on the brink: Barriers to reproductive health care access.” Waxman was a Diederich College of Communication graduate student and Public Policy Forum Fellow at NNS when the article was published. She is currently in the graduate journalism program at Northwestern University.