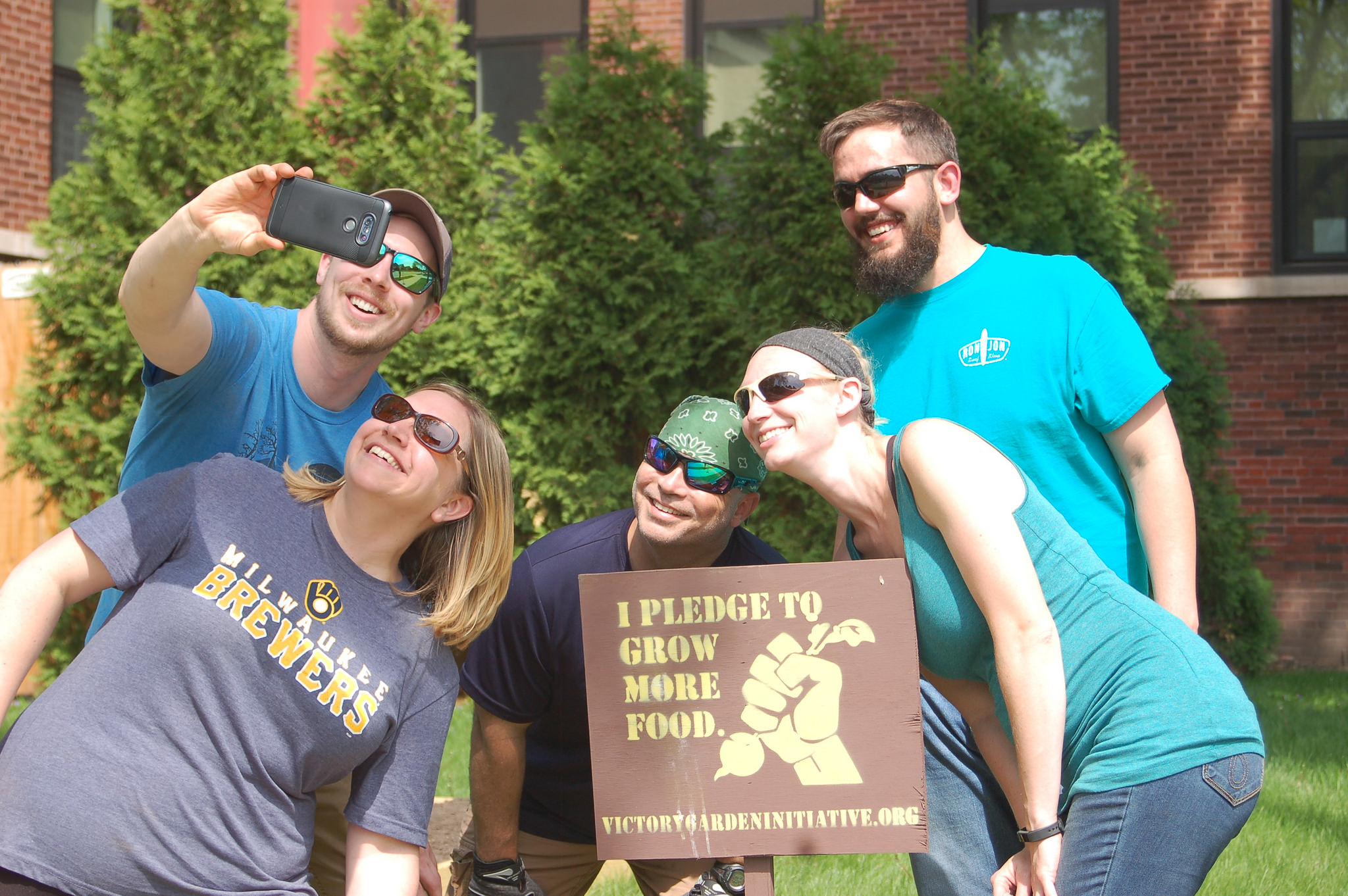 Employees of Wisconsin’s Department of Natural Resources were ready to leave their offices and get down in the dirt.

The BLITZ is a two-week garden-building event, and this was the event’s 10th year. Volunteers constructed the nonprofit’s 4,000th garden between May 12 and 26, and participants will be celebrating at a post-BLITZ potluck party on June 2.

Prior to the event, Milwaukee residents registered and paid for VGI to construct raised garden beds, made with wood from Bliffert Lumber and Hardware, on their property. Each new gardener received a VGI gardening guide, two recipe books and several packets of seeds.

This year was Laura Dietrich’s second time volunteering for VGI.

“I liked it because I felt like I was giving back to the community,” said Dietrich, a waste water specialist at DNR. “Helping those in the community, providing, essentially, nutrients for them to take care of themselves — the whole concept of Victory Garden is what draws me to them.” 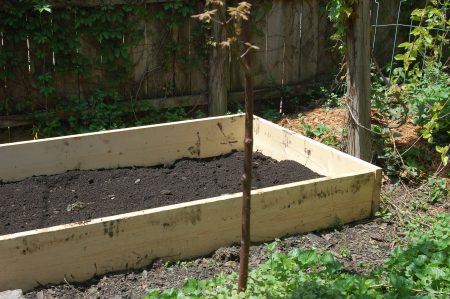 One of the raised garden beds in Clarke Square stands half full as volunteers work on filling it. (Photo by Jenny Whidden)

Dietrich has her own garden at home. She said she has always enjoyed growing food. Taking care of a plant from its beginnings as a seedling instills a sense of pride, she said.

Avid gardener Cathy Peltz owns a home in Clarke Square. She rents the property to a family who asked her to teach them how to garden. Peltz ordered a garden from VGI to get the family started.

“I’ve been a supporter of (VGI) for a long time,” Peltz said. “I love the idea of people knowing how to grow their own food. It’s healthier, it saves money, it’s sustainable.”

Peltz said it is hard for those who are working to pay rent to spend hundreds of dollars on a quality garden bed.

“That’s why it’s so important that Victory Garden Initiative is doing this,” she said.

Jeff Leswing, described on the VGI website as a “BLITZ logistics wizard” and the “beloved ‘Dirtman,’” has been with VGI for nearly nine years. He said the BLITZ was not always as organized as it is now.

Five years ago, VGI did not have a true home base, Leswing said. Soil was delivered to five different places. Various pre-BLITZ tasks, such as cutting and drilling wood, took place in several different locations.

Leswing, a board member at Milwaukee Habitat for Humanity, introduced the nonprofit to VGI. Habitat’s lot in Riverwest now serves as a central hub for the BLITZ.

“Now we cut our wood, drill our wood, stack our soil, make our signs, paint our signs, all here in a secure compound,” Leswing said. “As a nonprofit we have about three and a half employees. It’s other nonprofits that help make it work.”

Leswing said he cannot help but be proud when he looks back on VGI’s progress.

“It seems like in a small little city, at some point you’d reach saturation, but it’s not happening. More people are just ordering gardens, and their neighbors are seeing what’s going on,” Leswing said. “They’re sharing food together, creating a community together.”

Saturday’s BLITZ party will take place at the VGI Urban Farm, 249 E. Concordia St. in Harambee. Open to all, the potluck will run from 3-7 p.m.

Editor’s note: This story has been updated to correct a misspelling in Laura Dietrich’s last name. We apologize for the error.