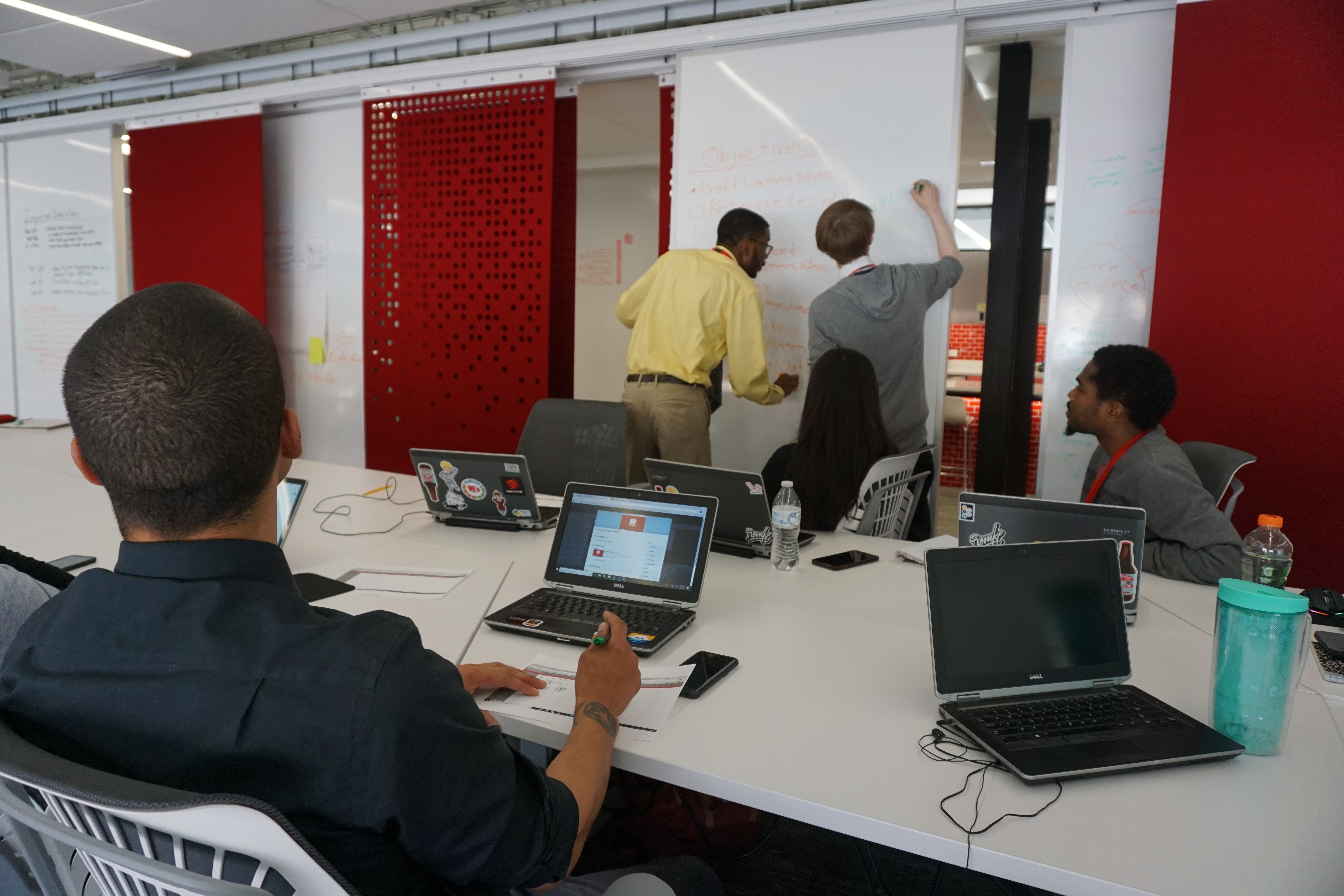 Ehi Aimiuwu-Jinadu had dropped out of college and given up her dream of working in computer science. Formerly homeless, she was staying in a studio apartment with her four children and braiding hair for a living. All of that changed in less than a year.

In 2013, Aimiuwu-Jinadu became a student at i.c. stars, a technology and leadership training program in Chicago for low-income adults. After completing the program, she started coding for a well-known software company. Now five years later, she has two technology businesses of her own. None of this would have been possible without i.c. stars, Aimiuwu-Jinadu said.

The nonprofit, which began 20 years ago in Chicago, has now come to Milwaukee. The new office opened in March, and the first group of participants started in April.

Sarah Dollhausen, general manager of i.c. stars Milwaukee, brought the program to Wisconsin because she saw a need to provide opportunities for young adults and to develop leaders in the community.

“Looking at all of the negative statistics that we see in Milwaukee, I think i.c. stars’ business model is really an answer to how we solve poverty, how we solve unemployment,” she said.

The organization teaches coding, but it also focuses on creating well-rounded individuals ready to enter the workforce. The rigorous 16-week program offers technical training equivalent to an associate’s degree. There are three cycles per year with 20 participants each, who are paid a weekly stipend. The group specifically looks for individuals who have overcome serious adversity. 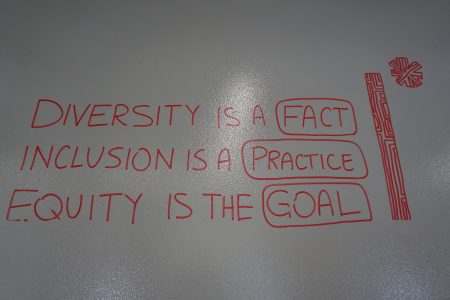 This reminder is written on one of the many white board walls in the i.c. stars office. (Photo by Abby Ng)

“It’s the concept of teaching people how to fish, and not just giving them a fish,” said William Deck, client success manager for i.c. stars Milwaukee. “We’re about changing people, and through changing those people, slowly but surely we can change communities for the better and level the playing field.”

In addition to coding, interns gain other practical skills such as how to manage their finances and their time, work in a team and dress appropriately for the corporate world.

But some of the most valuable skills they learn are not simply practical. They are life changing.

“If i.c. stars was just a tech training company, I would not have made it through,” Aimiuwu-Jinadu said. “There is a bit of magic there.”

Participants attend workshops that promote emotional intelligence, curiosity and resilience. They learn to do more than sit behind a screen, said Miguel Longoria, a Milwaukee student. They become leaders.

“I was an introvert. I kept to myself and stayed in the back. But here they put you on the spot because they know it will help you,” Longoria said.

Longoria, 21, had dropped out of Milwaukee Area Technical College and had been doing hard labor work when he decided to apply for i.c. stars. He saw the program as a way to pursue the passion for tech he has had since he was 12. Even though Longoria still has two months of the program to go, he said he has already come a long way.

“Now I have a schedule. Now I get up in the morning and I want to learn,” he said.

“You can relate to everybody here because everybody has the same drive. We all want the best for each other,” Longoria said. He added that the interns are very diverse, but they all share similar interests.

“As staff, we are blessed to see individuals come in as raw clay, and as we learn and facilitate this journey with them, their raw clay begins to be shaped and molded into something beautiful,” he said.

During the last 20 years, i.c. stars has demonstrated a positive impact on most of its participants. It has an initial placement rate of 90 percent, an industry retention rate of 81 percent and a college attendance rate of 55 percent. Interns enter the program with an average yearly income of $10,790; after the program that average is $44,010, according to the website.

The group’s entry to Milwaukee was made possible by a $1.6 million donation from the Dohmen company. Adding Milwaukee as a satellite city is part of i.c. stars’ national and global strategy. Another new site opened in Columbus, Ohio, and the program is looking to expand to more cities in the future.

The first cycle of interns will complete their training in July. Once they graduate, they will be ready to take on active roles in the community.

“The work that we’re doing is impacting not just the interns here, but the families and communities that they live in all around the city,” Deck said. “Once it clicks for them, they have the opportunity to take that knowledge in their hearts and minds and do good out in the world.”

Both Longoria and Aimiuwu-Jinadu said they want to give back.

Longoria grew up and lives on the South Side, and he hopes to help small businesses and startups there build websites and expand online.

Aimiuwu-Jinadu’s first business is called Geek Empowered and helps businesses develop their online presence for a low cost. Her most recent project is a podcast called Code Burnout, which creates a space for people to talk about mental health in the tech industry. Because she no longer has to worry about financial resources and survival, she can think about empowering others, she said.

New interns who hope to make change, such as Longoria and Aimiuwu-Jinadu, are still being recruited for the second cycle starting in the fall. Those interested can apply online.

Aimiuwu-Jinadu said i.c. stars is a unique chance she was lucky to have, and she encourages others to follow their own dreams.

“What do you want to do with your life? What do you really want to do in your career? This is your window of opportunity to do it.”