You are here: Home / Community Voices / Forty years of building the inclusive community we need
Share this... 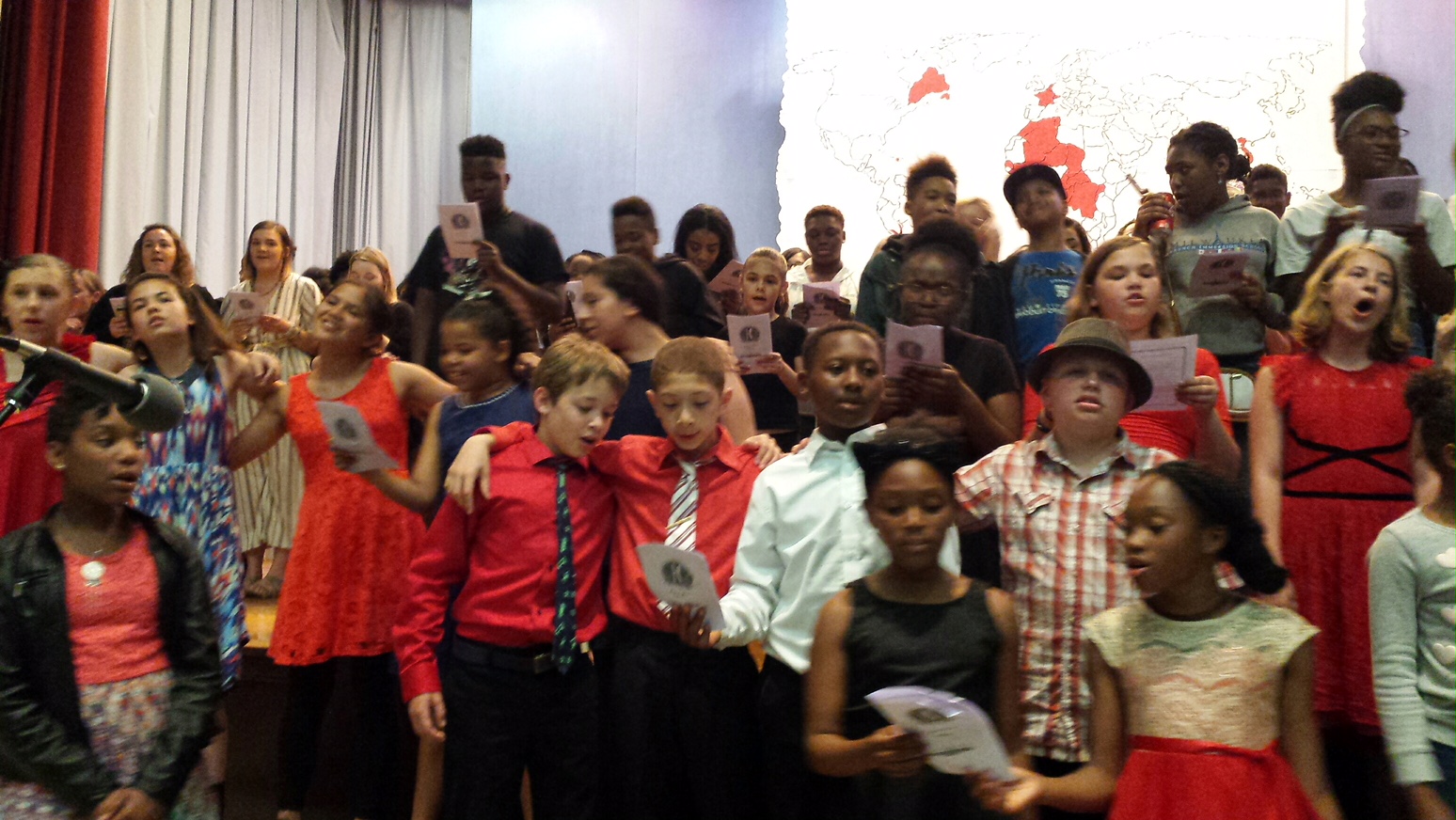 “Milwaukee French Immersion School?” I was often asked when talking about my children’s school. “That’s not a public school, is it?”

I sometimes get the same question even now when describing my grandchildren’s school, that same Milwaukee French Immersion School their mother and all three of my children attended. After 40 years as a Milwaukee Public School, Milwaukee French Immersion School (MFIS) is well-known and well-loved among the families who have chosen it for their children and who help spread the word about its success. Milwaukee area residents, along with many others across the country, share a sense that if a school offers educational advantages, then it must be private, exclusive, and expensive. Not so.

My oldest child began in the program when she was four years old.  The program, then in its fifth year, was housed in the same building on 82nd and Capitol with German Immersion. The two programs already attracted more applicants than available seats. Those admitted were chosen by a random selection process. The school administration soon found a different building for French Immersion so that both programs could grow.

And grow they did. French Immersion is now in the building that once housed Steuben Middle School and enrolls about 614 students. A majority are students of color, with about 27 percent white students. The school is also inclusive in its teaching philosophy and practice. It emphasizes teaching every student. Those who struggle are not counseled out. There are still places available for new kindergarteners in fall 2018.

What I’ve come to understand in view of the experience of my children and grandchildren is that learning a new language is actually easier if it is introduced before you learn to read. Children who are not yet readers trust what they hear. They repeat what they hear. They get it, word, accent, and all. On the other hand, when I hear someone speak French, I want to see the words spelled out on paper, and only then do I feel I know what they are saying.

The youngest students are also helped by the expressive gestures of their teachers and the use of concrete objects and visuals. My oldest grandchild did not begin at MFIS until she was in first grade. She picked up the second language quickly enough, helped not only by her mother who speaks French, but helped also by the other children who already had two years of experience in the program.

Given my enthusiasm for the program, I wanted to celebrate the MFIS 40th anniversary. I wasn’t sure if I’d know others besides my family at the June 1 celebration, but I need not have worried. So many in the extended MFIS family returned. Among them were the family that I met when their son and my granddaughter both took classes at the Milwaukee Art Museum; the retired French Immersion program coordinator whose son was in the same class as one of my daughters; the couple who met as French Immersion students and now are married; and the parents of soon-to-be French immersion students — the dad willing to help me with a plumbing issue at my house. There was another grandmother who contributed a poem to the poetry anthology I edited this year, “Where I Want to Live: Poems for Fair and Affordable Housing.” Our lives have crisscrossed over the years in different situations for different purposes, so important as a way to build the inclusive Milwaukee community we need.

At the conclusion of the 40th anniversary celebration, all the French Immersion alums were invited to join current students on stage to sing the happy French song they all learned, Les Petits Mots. I’ve known the song long enough, heard it often enough to know the opening line “Tous les mots”, that is, “All the words.” The song goes on to list common greetings and everyday words.

I asked one of my granddaughters to translate; this is the child who told me she didn’t see the point of weekends—no school. “Grandma,” she said, “Just think. They’re all words of love.”