You are here: Home / Community Voices / Anselmo Villarreal should resign
Share this... 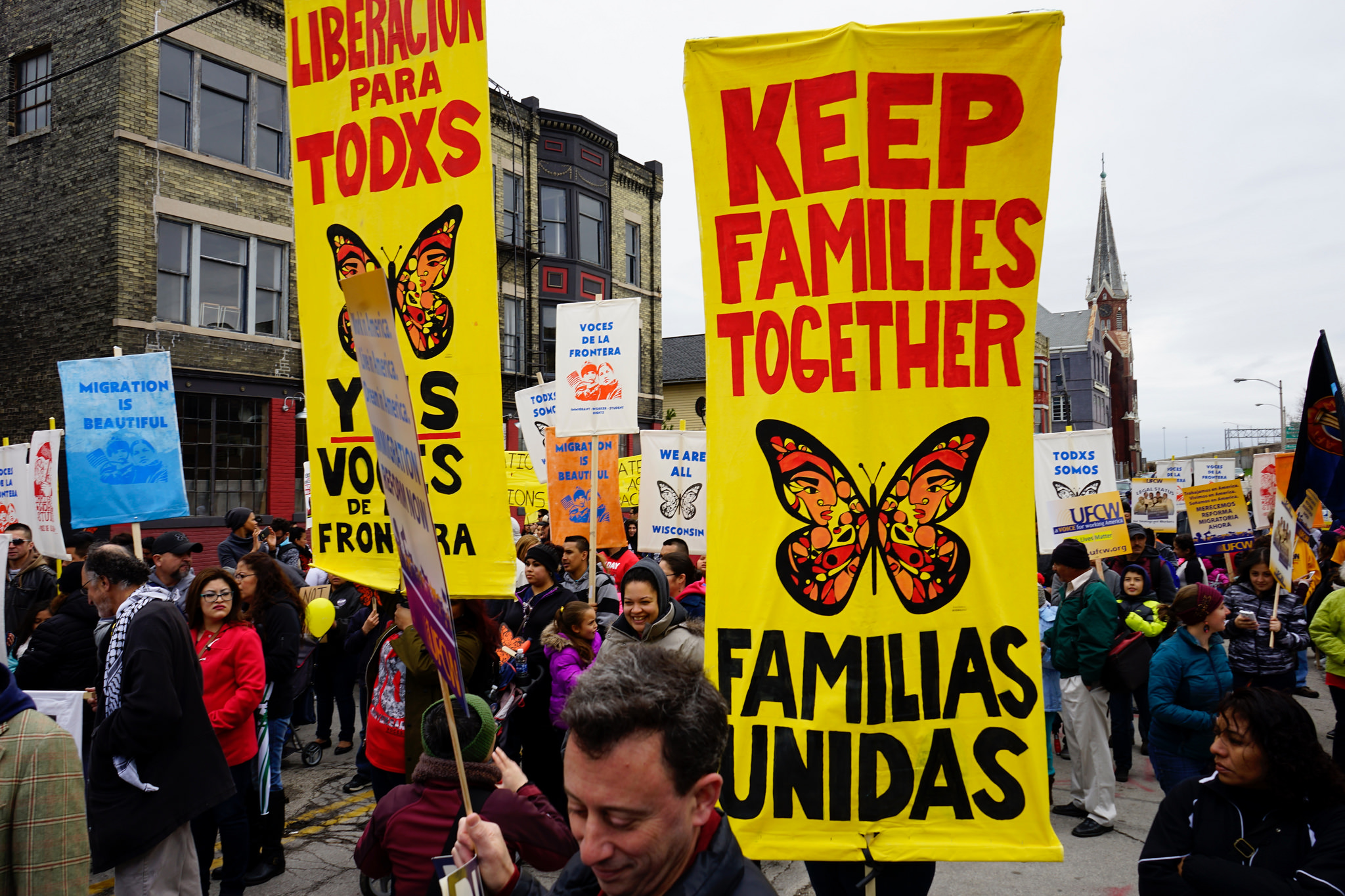 People across the nation were horrified this month by stories of immigrant children in cages, many sobbing and begging to be reunited with their parents. Most Americans believe that the government ripping children, even babies, from their parents’ arms is indefensible.

The story broke when a U.S. senator was denied admission to Casa Padre, a former Walmart that now houses almost 1,500 children. One of the first journalists allowed entry said, “This place is called a shelter but these kids are incarcerated.” He pointed out that the facility is one of 26 run by Southwest Key Programs, a Texas nonprofit with offices in Milwaukee.

I was shocked to learn that Anselmo Villarreal, CEO of La Casa de Esperanza in Waukesha, is a Southwest Key board member. Mr. Villarreal is well known in the Latinx community and received a leadership award this month from the Greater Milwaukee Foundation.

Mr. Villarreal should resign his position on the board of Southwest Key Programs, which cages almost half of the undocumented children in U.S. custody. He should denounce those that participate in, and profit from, incarcerating kids. And he should join the growing chorus of outraged Americans that want to protect immigrant families.

To most people, this is an easy choice. The Young People’s Resistance Committee, a Milwaukee youth organization, discovered Villarreal’s connection to Southwest Key and started an online petition demanding he resign. They also want him to denounce the practice of caging children. The YPRC is holding a rally on Thursday, June 28, at 6 p.m. at Walker’s Square Park in Milwaukee to publicize its demands.

Even Southwest Key says they agree with folks like the YPRC. The organization tweeted that it “does not support separating families at the border.”

They could have fooled me.

You see, caging children has been great for business. The nonprofit was awarded almost $500 million in federal funds this year, more than 10 times what they received a decade ago. The organization’s CEO, Juan Sanchez, made $1.48 million in compensation last year, making him among the highest-earning nonprofit CEOs in the country.

Southwest Key is even trying to expand. The organization recently proposed opening a new facility for immigrant children on, ironically, Emancipation Avenue in Houston. The city’s mayor opposes the plan, saying it is impossible to participate in a bad policy and claim you are doing good.

He’s right. It is a conflict of interest to say you condemn caging children while you benefit from their incarceration. I hope Mr. Villarreal considers that seriously.

Southwest Key will probably respond by pointing to its reputation among Latino nonprofits and its long history in youth justice alternatives and education. It will likely argue that, “Shouldn’t we, the good guys, be trusted to cage children so the bad guys won’t treat them worse?”

That is an important question. Is it better to work within an unjust system or to refuse to participate at all?

The answer, as we have seen in recent weeks, should be clear: We must refuse. The American public’s total rejection of family separation forced the Trump administration to end the practice and roll back prosecution of immigrant parents.

Also, how would area residents feel if staff at Mr. Villarreal’s La Casa de Esperanza in Waukesha received a multimillion dollar grant to cage children that the U.S. government had forcibly removed from their parents? We would demand they refuse.

The victory won by refusing to tolerate Trump’s family separation policy begs other questions: What if we took seriously our responsibility to uphold the basic humanity of immigrants and refugees? What if we totally rejected the Trump administration’s targeting of immigrants for incarceration and deportation?

You see, until recently, most Americans have been in the same position as Mr. Villarreal and Southwest Key. Many of us help others through our jobs, charities and everyday acts of kindness. We think that if we do our individual best, that’s enough.

But we are also complicit in injustice. Thousands of people fleeing poverty and violence — much of it linked to U.S. policy — are on our nation’s doorstep. And we look the other way as they are terrorized by the federal government and blamed for the nation’s ills. We shrug off stories of hate crimes, raids, deportations and immigrant families torn apart. Our own families, churches and organizations fail to challenge, or are complicit in, racist ideas and systems that scapegoat immigrants and refugees.

No more. It’s been inspiring to see everyday people take to the streets, to the phones and to social media to denounce the terrorism our government has inflicted on immigrant children and families. But now is the time to go further and to stand up for the basic human rights of immigrants and refugees. Now is the time to challenge our own complicity.

And Mr. Anselmo Villarreal—now is your time, too.

Editor’s note: The following is a statement published by Southwest Key Programs on its website: “Southwest Key Programs does not support separating families at the border. For 30 years, our work in offering youth justice alternatives, immigrant children’s shelters, and education has served to improve the lives of thousands of young people. We believe keeping families together is better for the children, parents and our communities, and we remain committed to providing compassionate care and reunification. For every child who has come through our shelter doors, we start on day one to reunite them with their parents or a family sponsor and to provide the kind of service that will help them thrive. This has been our priority for decades.”