You are here: Home / Community Voices / Juneteenth and the future of Milwaukee
Share this... 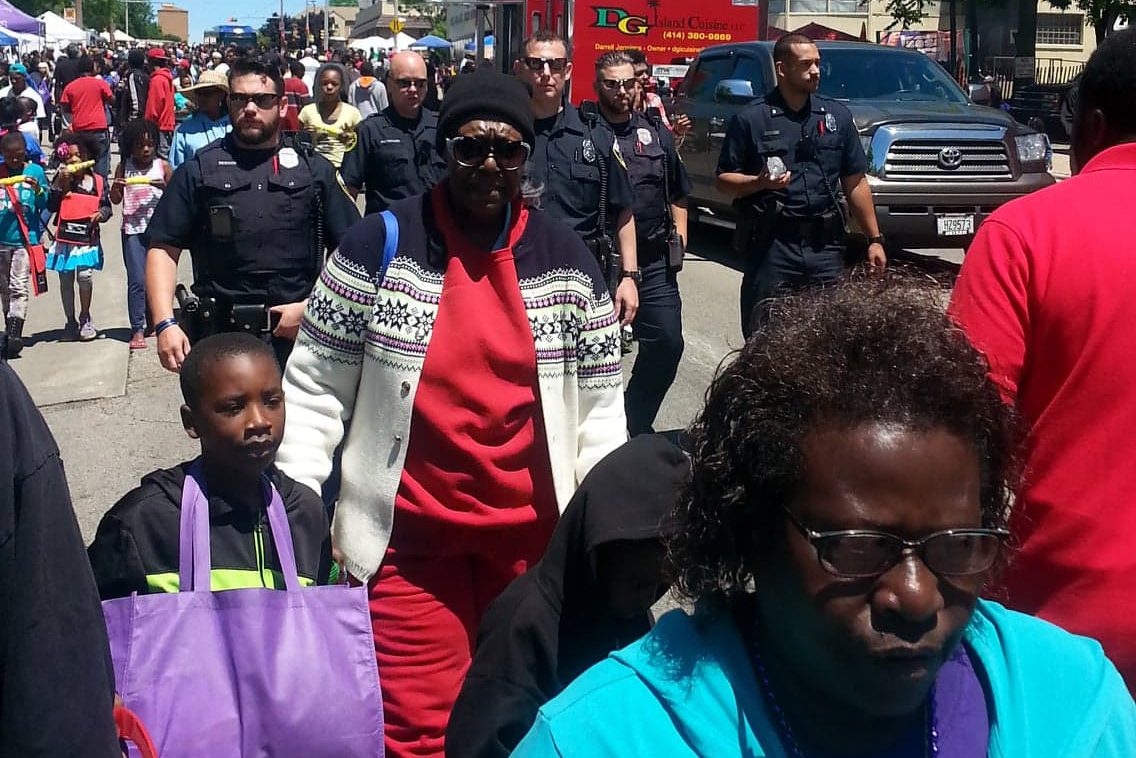 Jarrett English, senior field organizer of ACLU Wisconsin, writes that as wonderful as Milwaukee’s Juneteenth celebration is, it’s clear, as the 50th anniversary approaches, that black Milwaukee has many more chains from which to free itself.

It was 373 years since the Santa Maria and her sister ships, with their murderous, wretched cargo of colonizers and profiteers, landed in what would be known as the Americas. When the Civil War ended in 1865 there was no internet, the telephone wouldn’t become the mass communications medium it was destined to be for another eight years, and telegraph lines didn’t reach into what was then part of the frontier for American colonizers. So it was up to a Union commander and 2000 American troops to march into Texas to let enslaved black human beings know, and their soon-to-be former masters too, that they would be, henceforth on June 19th 1865, “free,” though the war had ended months before.

Little did they know that their freedom, paid for in rivers of blood and rebellion, would mostly remain an empty promise.

Through the 100 years between 1865 to 1965, via the 13th Amendment, Jim Crow legislation, and aggressive laws such as the Mississippi slave codes, black Americans saw slaves on plantations intentionally flipped into prison chain gangs, their newfound freedom to pursue their happiness turned into separate and certain to be unequal, and slave catchers and overseers metamorphosed into the state-sanctioned institutions of county sheriffs and police. The strength to endure such generational terror is nearly unfathomable. But here we stand.

Fast forward to 2018 — only 153 years after the first Juneteenth day — and the Juneteenth celebration in Milwaukee is one of the oldest in the nation. An event that for 47 years, no matter whether there was an African World festival or not, whether there was a single event celebrating the heritage of black people in America or in Milwaukee, kept going like a reliable train that never misses its schedule. With 10,000+ people in attendance every year, Juneteenth arguably is what African World festival had always tried to be: the place to celebrate being black in Milwaukee.

For that, the honored elders who keep Juneteenth going deserve exaltation. When there was nothing else there was always Juneteenth.

But in the years since it began, something happened — something that threatens the very essence of what Juneteenth is supposed to be.

It’s not just that majority black, super majority people of color Milwaukee went from being one of the best places in the nation for black people to live to one of the worst; it became the place where black children have the least chances and worst outcomes and that has become, in the most ironic of dichotomies, a place that young white people love and want to move to but young black people and other people of color can’t wait to escape.

Worse than that is the fact that the founders of Juneteenth, the children of Bronzeville, the former sustainers and maintainers of black culture in Milwaukee — the black elders who watched the Commandos and their peers in the NAACP Youth Council brave violence and possible death to march into a racist South Side for equal housing, the elders who were those marchers, who braved so much so honorably and who continue to do so  — have become terrified of their own children. These are the very black youth that they hope, and that we all need, to take up the mantle of their work.

I have seen this myself, directly and indirectly — whether it be the older generations’ respectability sensibilities built from their southern roots, the seeming refusal to exert black power in a majority black city for the fear of upsetting the white poli-economic hegemony, or the deep seated self hate of someone like former sheriff David Clarke, whose house slave mentality was enshrined in the power of the sheriff’s office. It seems that far too many black elders believed at least some of what the former sheriff said and, despite his extremely limited statutory power and politically astute “samboisms,” rewarded him with their votes. 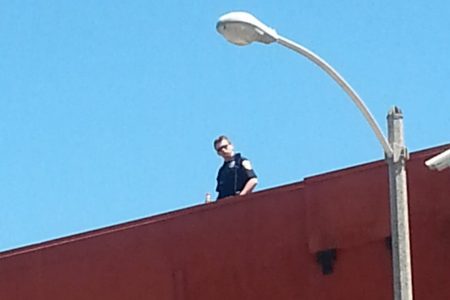 At the mandatory meeting for vendors of Juneteenth this year, I asked the police officers giving their crowd control presentation, “Why, during the celebration of the freeing of the last people from slavery, is it absolutely necessary for police officers to be posted on rooftops watching thousands of black people like slave plantation overseers?” Before the officer could even respond to me, an elder black gentleman, who identified himself as a commando in charge of Juneteenth security, said, “We do this because we don’t want your cousins acting up. I want to go home. (“That’s right!!” rings from the audience.) ‘Brotha ****** wants to go home. The police are on the roofs because we ask them to be.”

I asked again to make absolutely sure I was hearing correctly and I heard it once more.

So now that we’re here where do we go?

Make no mistake, the absolute failure over the last 30 years of white-run state and local politics, institutions and business to serve the needs of all people of this city and state and that intentionally destroyed places like Bronzeville and denied the success and opportunity of most black and other people of color in this city, is a big part of the problem, the biggest.

That tainted history has a serious consequence. There is no question that there is a deep-seated chasm between most of our honored black elders — who accomplished so much for black Milwaukee — and the very black youth who need their love, history and guidance so desperately to move this city forward or be forced to move.

It seems that black elders are afraid that black youth will destroy everything they’ve built, black youth intuitively have no choice but to see that white institutionalized racism and black fear of what white people (the mayor, the governor, the Milwaukee police, sheriffs, corporations, foundations, etc.) will do, has already done that. They are simply left to survive the devastation.

Young black folks are pissed off that those who preceded them, black and white, didn’t do nearly enough about what was transpiring in front of them. They feel that young white people are living in “the city by the lake” and young black, and other people of color are forced to live in ‘the city y’all forsake.’

The few fortunate ones in my generation (the 25- to 45-year old black women, mostly, and men who chose not to leave Milwaukee) have been left the daunting task of providing wisdom we may not yet have lived long enough to acquire because most black elders have been told via the propaganda they see, and have come to believe, that their only option is to fear their very seed.

But this isn’t just a piece to rag about what’s wrong; we’ve done more than enough of that. I love Milwaukee and always will (a very uncommon attribute for a black man in his 30s.)

This is what we’re going to do:

As wonderful as Milwaukee’s Juneteenth celebration is, it’s clear, as the 50th anniversary approaches, that black Milwaukee has many more chains from which to free itself.

Let’s start with ending the slave mentality, getting cops off of roofs and horses and establish the “Beloved Community” where it belongs — in control.

A change will come not simply “just because” but because we’re going to make it come.

Jarrett English’s views are his own and do not necessarily reflect those of the ACLU.