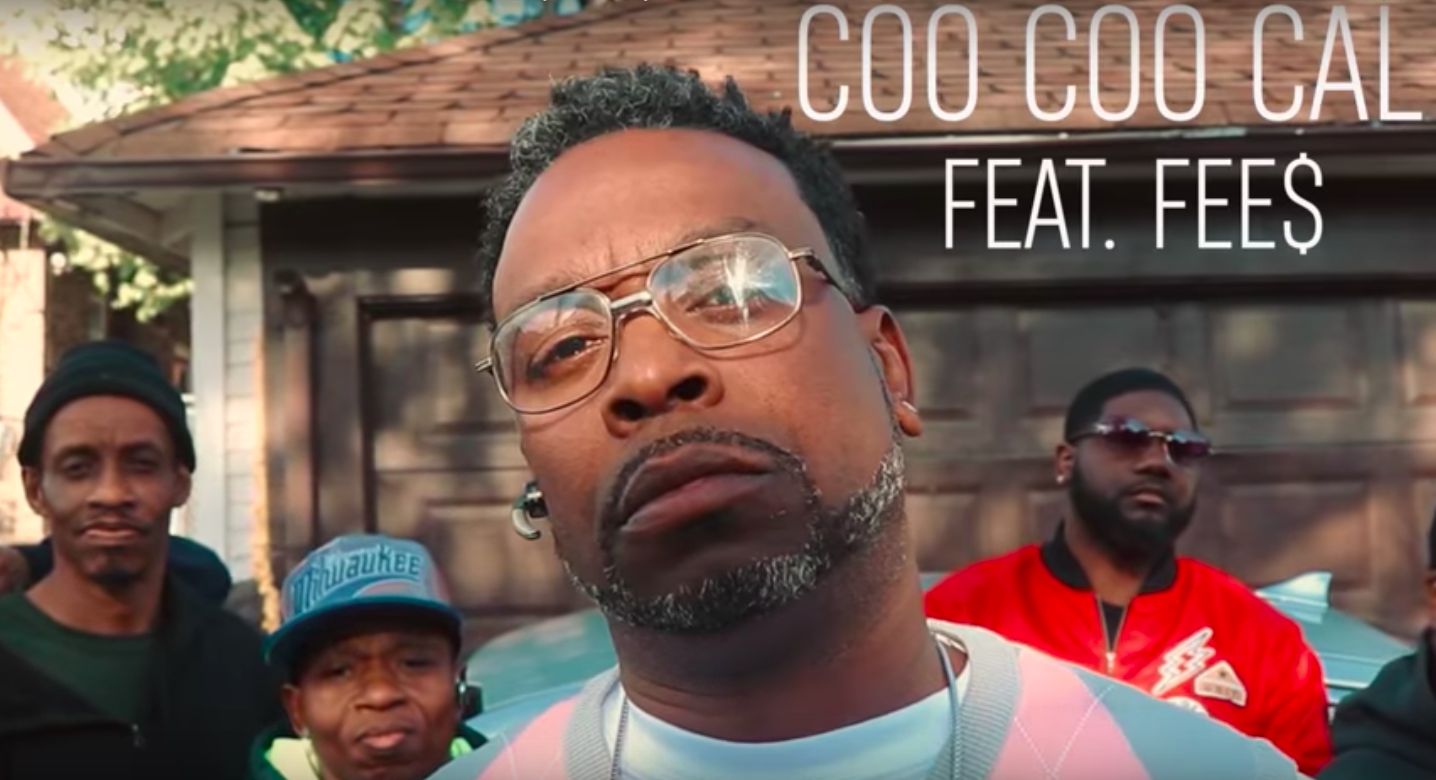 Coo Coo Cal, born Calvin Bellamy, is a rapper most known for the 2001 hit, “My Projects.” Although he lives in Atlanta and has traveled throughout his life, because his father was in the Army, Bellamy considers Milwaukee his home. Both “My Projects” and “Home” portray a positive image of the city. 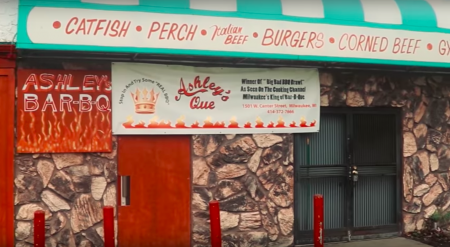 Ashley’s B-B0-Que is one of the local establishments featured in Coo Coo Cal’s recent video. (Screen shot from “Home”)

“I like that the video showed parts of the city that a lot of people don’t like to showcase,” said Arquailo Mosby, 25, a rapper whose stage name is WoLF.

“I love how he showcased the city in a positive light,” added Tre’Von Barrett-Bays, 22, a Milwaukee rapper with the stage name CAMB. He added that doing so is “very needed considering how much negativity surrounds the city’s name.”

Akbar Furquan, 22, whose stage name is AK Stackz, said that Bellamy’s video “definitely makes me nostalgic of how the city used to be and how things have changed over time.”

Joshua Jenkins, a member of the ADHD rap group, said, “It was nice to see him … take it back to the city that made him. A lot of artists don’t come back and do what he does.” Jenkins, 19, added that he appreciates Bellamy’s positive portrayal of Milwaukee, which he feels is atypical of the city’s narrative.

In the music video, Bellamy addresses challenges that confront the city, rapping about untrustworthy people, the prison system and drug culture in Milwaukee. He also addresses money, greed and soldiers dying overseas. Fee$, the featured vocalist in Bellamy’s single, sings, “I’ve been around the world, and I’m back because something was wrong — ain’t no place like home!”

Bellamy released “Home” and its accompanying video as part of the soundtrack for his upcoming tell-all documentary, “The Rise and Fall: Untold Story of Coo Coo Cal.”

Bellamy has lived in Louisiana, Texas, Germany and Richmond, Virginia. When his father retired from the Army, he taught in UW-Milwaukee’s ROTC program, which brought Bellamy to Milwaukee.

For Bellamy, familiar faces, weekend barbeques and other personal memories make Milwaukee feel like home, according to people who know him. Bellamy declined to be interviewed for this story.

In the documentary, Bellamy discusses his experiences with drug addiction and failing albums. It also is expected to provide insight into his early life and career.

Despite the success of his sophomore album, Bellamy’s position at the top of U.S. music charts and his notoriety following the release of “My Projects,” the collapse of Tommy Boy Records contributed to his inability to sell more mainstream albums and release high-performing singles, according to his website. Tommy Boy Records, the company through which he released his second album, went under around the time of the album’s release.

Despite Bellamy’s challenges, he is still viewed as a force in Milwaukee’s rap culture. “Coo Coo Cal definitely left an indelible impact on Milwaukee’s music scene,” said Jenkins. “There’s many different styles of hip-hop in the city. His grit and trap rap-like style reverberate throughout the city. He gave people hope,” he added.

Furquan said Bellamy is “respected for what he’s done and also remembered as an example of what could happen if you reach success and can’t handle it properly.”