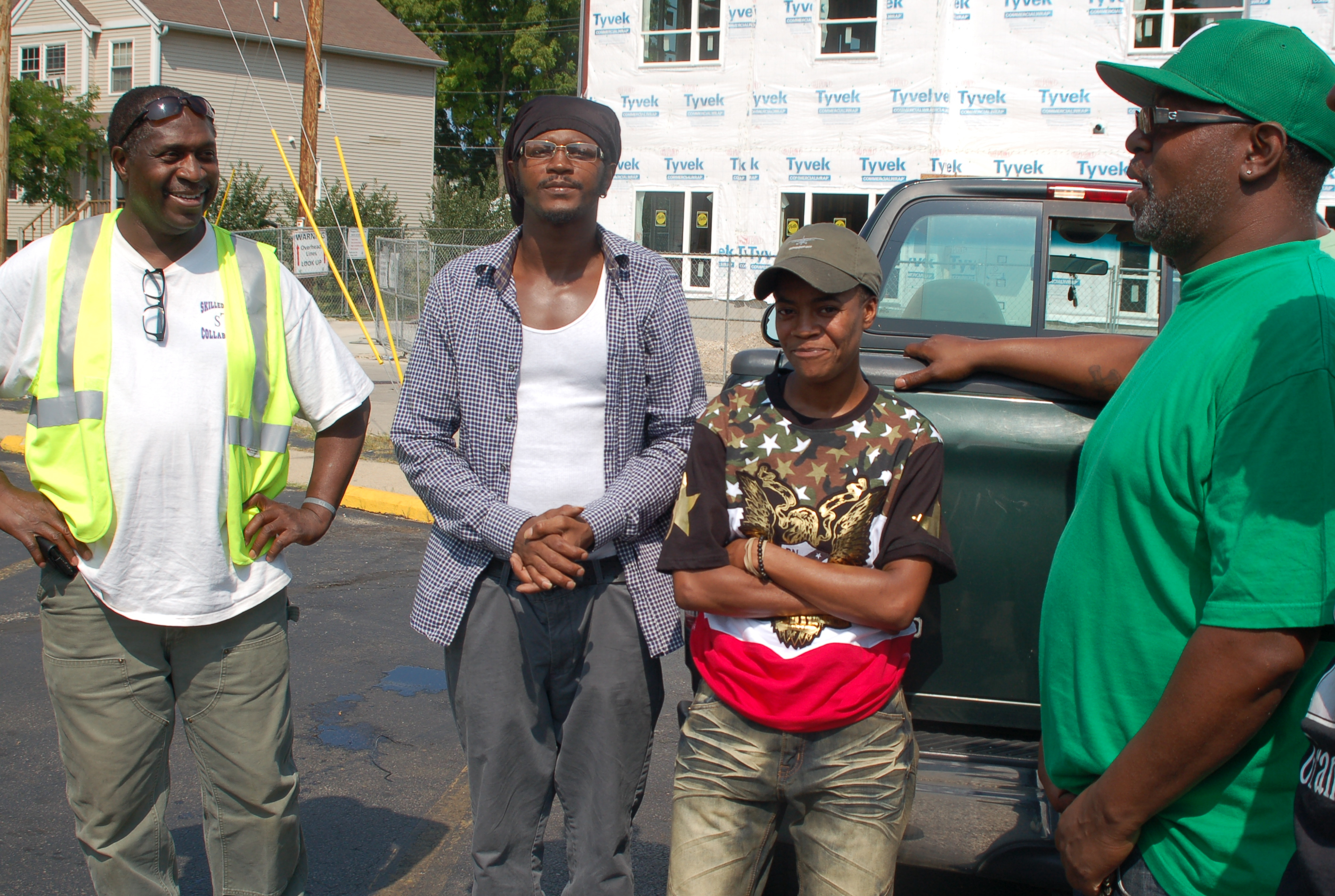 When Ezzard White launched One Hope Made Strong (OHMS), a free skilled-trades training program for young men and women living in the central city, he had no workshop, little equipment and no staff. It was fall 2013 and the construction industry, which had ground to a halt in the 2008-9 recession, was still stagnant.

But White, a retired electricity and electronics teacher who owns and operates EWS Electric was concerned about young adults in the city having few prospects for life-sustaining jobs. With encouragement from some business and religious leaders — and a lot of hope — White set out to use his knowledge and skills to change the employment futures of as many students as he could.

“I just simply want to be a person who helped,” White said in a recent interview.

Now, five years later, after overcoming obstacles that include two failed attempts to access unused workshop space in MPS schools, White is realizing his dream. The local construction industry is booming and, White said, 18 OHMS graduates who are employed in full-fledged construction apprenticeships have purchased homes. In addition, two graduates — a male and a female — have achieved journeyman status.

In June, White hired 10 program participants as full-time electricians at the Legacy Lofts project on North Avenue at 16th Street, where they are wiring the project’s new building. 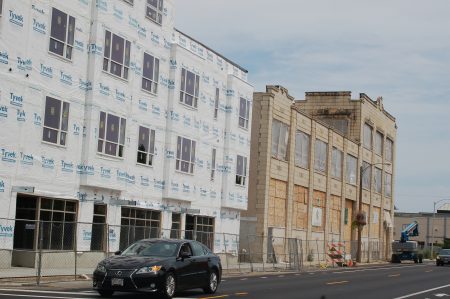 White and 10 of his trainees are installing electrical wiring in the new building at Legacy Lofts. (Photo by Andrea Waxman)

White chose to hire the three women and seven men, ages 21 to 46, from among his trainees, he said, because “they were so enthusiastic; they were so driven. They (stood) apart from your average students and they couldn’t wait to be a part of a project that’s working out in the community at a construction site.”

White is paying his workers “a living wage “ — $22 per hour on average. It’s a bit more than the going rate, he said, because he wants to give them “a real incentive, something that makes them feel that it’s worth their while to work — and $7, $8, just won’t do it.”

Tyesha Townsel, 33, learned about the OHMS program, which has operated primarily out of St. Francis of Assisi Catholic Church, 1927 N. 4th St., when it was first established. The daughter of a contractor, Townsel said she has always been around and involved in building and repair projects.

“I’ve been working with my dad on some of his plumbing, electrical, drywall and painting since I was a kid, ” Townsel said.

Having completed the program a year ago, Townsel worked on several demolition and construction projects before joining the Legacy Lofts crew. For her, the best thing about the OHMS program was brushing up on skills, learning new ones and working with people in her age range and from her neighborhood, she said.

Curtis L. Evans, 46, has taken classes through the OHMS program for the past 18 months while working on the Legacy Lofts project and studying IT Support at MATC. Evans worked for the city as a concrete finisher helper from 2007 to 2014.

He has experience with smaller residential remodeling and repair projects, and said he has learned advanced electrical skills through OHMS and the Legacy Lofts project. “(From White) I learned that you have to put your heart into it because you don’t want things to go wrong where people might lose their lives.”

Evans said he learned trade skills in middle and high school that have made it possible for him to always find work. The lack of such classes now leaves young people with no hope for their future ability to support themselves.

White continues to teach his program three nights a week. In addition to skilled-trade training, it includes financial literacy and “soft” employment skills such as appropriate workplace behavior. Students don’t have to pay for anything, he said, but that may change because “when a person is paying … you’re forcing them to invest in themselves.”

For now, White is paying his contractors through his business, but he has applied for a subcontractors gap financing line of credit from Legacy Redevelopment Corp. This relatively new program is designed to help small contractors access working capital and bridge the transition period before they start getting paid.

Ziebell met White at one of several meetings Greenfire held to tell community members about employment opportunities. White was also recommended by Walnut Way founders Sharon and Larry Adams and others.

The company worked on the recently completed Historic Garfield Avenue Apartments and the soon-to-be-completed Griot apartment and museum development in Bronzeville. It has created joint venture partnerships with Northcott Neighborhood House and other pre-apprenticeship training programs and small contractors in the city, according to Ziebell.

Greenfire has also provided educational programs, including a class specifically for White and his team, who came to the Legacy Lofts project in June.

Hiring minority, central city workers is a win-win situation, Ziebell said. “We’re working not only to bring in buildings but we’re also able to help the growth of local contractors who want to be involved.”

Among the benefits of the OHMS program for Townsel and fellow participants has been that it has opened doors for neighborhood residents, she said. “A lot of these positions and jobs aren’t readily available to people in (central city) communities.”

Another advantage, she said, is that people see that neighborhood residents are participating in redevelopment projects — “working in … and building up our community.”

Townsel noted that she’s benefited from White’s support and career vision. “Mr. White is dedicated to his students. He would do whatever he can to help them out.”