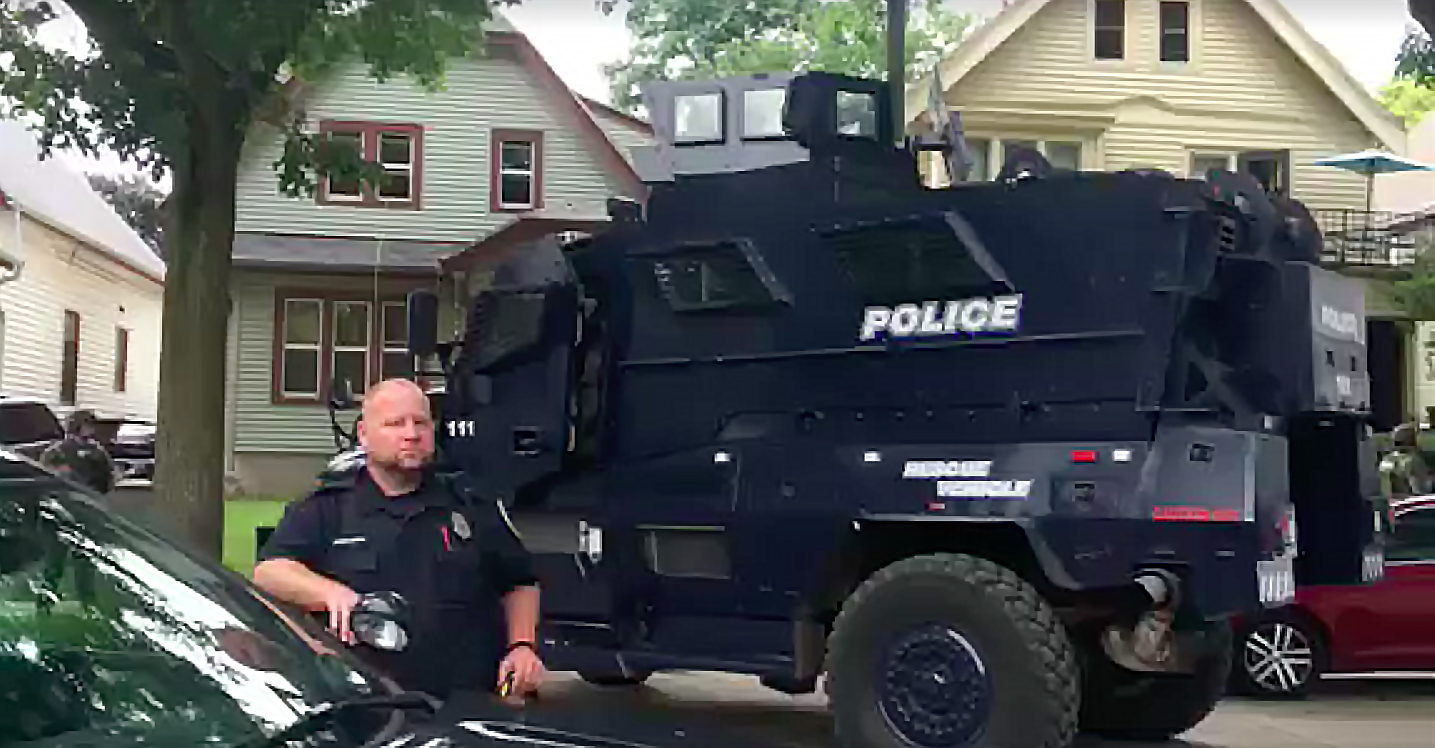 An armored vehicle is parked outside a residence on North 33rd Street. (Photo by Gab Taylor via ComForce)

While driving on Burleigh Street Wednesday afternoon, Dennis Walton, the former co-director of the Milwaukee Fatherhood Initiative, noticed heavy police activity so he decided to find out what was happening. Walton, who was featured in the documentary “Milwaukee 53206,” said nothing could have prepared him for what he saw when he reached North 33rd Street near West Auer Avenue.

“They were out here like it was Desert Storm. There was a vehicle out here as big as a tank with a tower and man with an AR-15 in it,” said Walton, describing the gun turret on top of the vehicle.

Several area residents, who asked not to be identified, also said the vehicle looked like a tank.

“It was huge,” according to a female resident who said she witnessed several heavily armed officers conduct a raid at a home on North 33rd Street. According to the woman and other residents, police did not make any arrests but did remove evidence from the home.

The tank is a Mine Resistant Ambush Protected (MRAP) vehicle, which was utilized to serve a search warrant by the West Allis Police Department, according to Milwaukee Police Department spokesperson Sheronda Grant. West Allis PD Deputy Chief Robert Fletcher wrote in an email to NNS that West Allis police did not directly coordinate with MPD, although MPD squads could be seen in the video, which had been viewed more than 9,400 times as of 6:30 p.m. Thursday.

Fletcher said he can’t discuss specifics of the incident on 33rd Street, as it is part of an ongoing criminal investigation. However, he said the use of the vehicle was “not used in response to or influenced,” by the murder of Officer Michael J. Michalski. Michalski was shot while attempting to arrest a wanted felon in July. West Allis PD uses the vehicle to serve some of its search warrants, according to Fletcher, based on the suspect’s past criminal history or potential for use of a weapon or explosive. 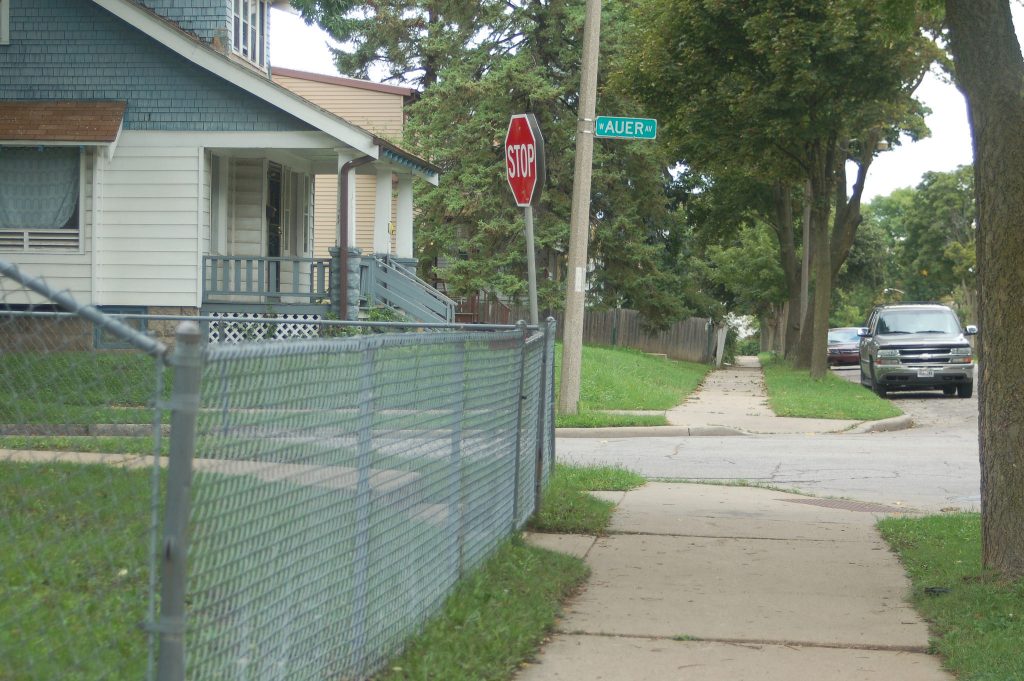 An armored vehicle was utilized in a raid on North 33rd Street near West Auer Avenue. (Photo by Edgar Mendez)

Asked about comments by community members that the vehicle made it seem like their neighborhood was being invaded by an occupying force, he wrote, “What’s vital for the community to know is the West Allis Police Department is committed to keeping community members and members of the department safe during law enforcement operations. That is the purpose and intent of the vehicle.”

The vehicle was provided to the West Allis PD from the Madison Police Department earlier this year, according to a Madison news report. A Journal Sentinel article last July said that the West Allis PD was looking into acquiring an MRAP, a military surplus vehicle that is provided to local police departments for free, although there are costs associated with branding.

Molly Collins, advocacy director for the ACLU of Wisconsin, said her organization urges West Allis PD and all police departments in the state to refrain from using such vehicles.

“Good relationships are built on trust. … Seeing any police department — in this case, the West Allis Police Department — come into a residential neighborhood with a heavily armed and armored vehicle undermines any such trust. … If the city wishes to improve relationships between the police and the public, police need to show that they care about the neighborhoods they are in. Entering neighborhoods as if they were war zones shows exactly the opposite,” Collins said in a statement.

According to Walton, who is now working on an initiative called Made Men Worldwide, deploying a heavily armored vehicle in the middle of the afternoon in a community full of families and children sends a bad message to residents.

“If there is that much of a threat in our community that police have to come in fully militarized then why aren’t they going door to door warning residents?” Walton said.

Ald. Khalif Rainey, who represents the neighborhood where the raid took place, Council President Ashanti Hamilton and several other alderpersons did not immediately respond to a request by Milwaukee Neighborhood News Service for comment.

Walton said he’s trying to understand the message West Allis PD was trying to send by coming into the neighborhood with an armored vehicle.

“I know we have a lot of negative stuff happening in our communities, but do they really think that they need to come in like the military? I live here, and I don’t carry a gun. I think it’s disrespectful,” Walton said.