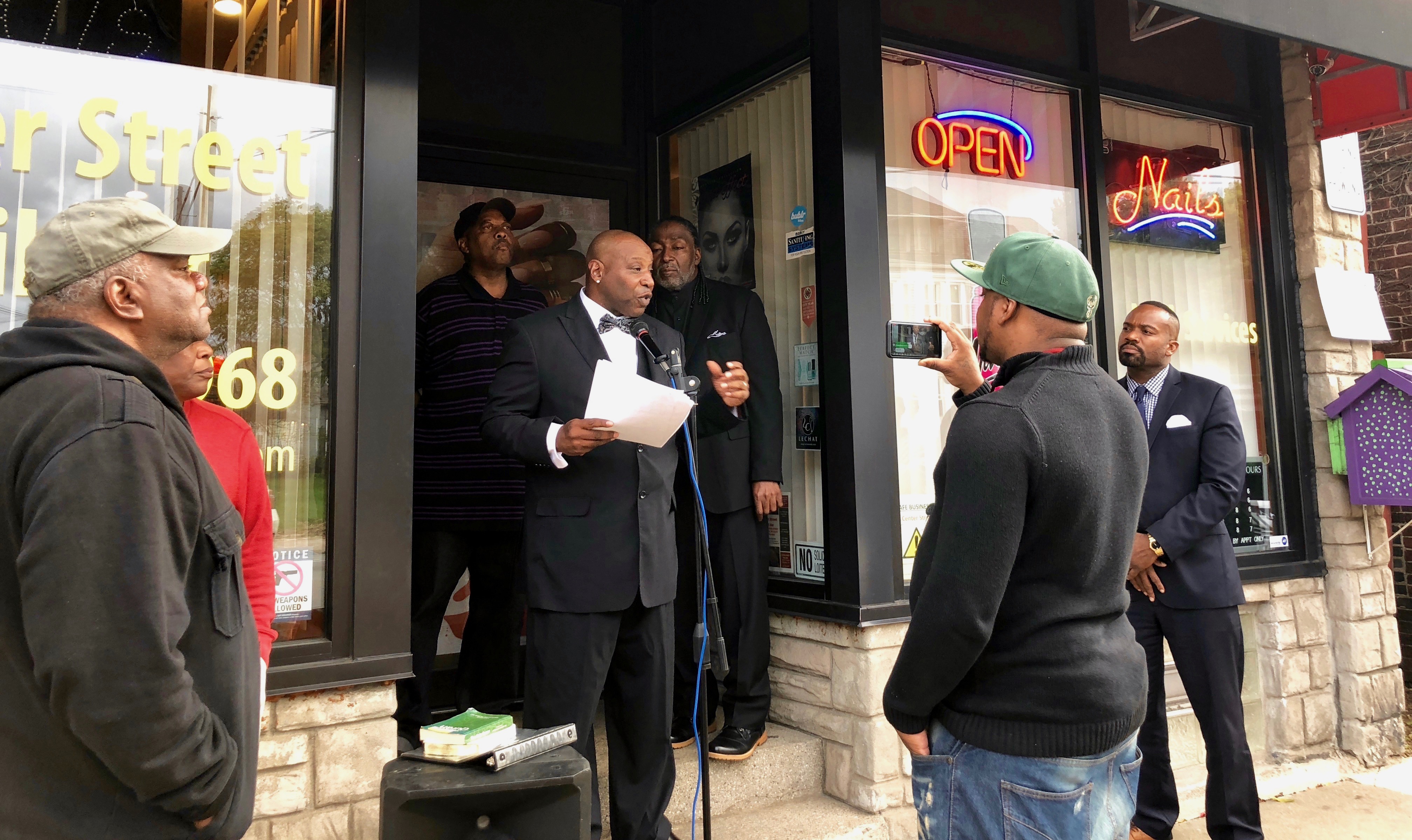 RP Potts is the first to admit that he hasn’t lived a perfect life; however, the business owner and resident of Center Street turned his life around and hopes to help others in his community do the same.

Last week, Potts invited residents from struggling neighborhoods in Milwaukee to join him in a ceasefire, an event that serendipitously coincided with the United Nations’ International Day of Peace.

Potts, who owns a barber shop on Center Street, spoke to the group of about 20 people about stopping violence and drug dealing in the community. He urged the attendees to instead focus on self-improvement and kindness.

He spent some time in prison for dealing drugs, but said he realized he was “poisoning his own people.”

“A lot of people turn to dealing because they have to support their families somehow,” Potts said. “There’s no jobs for us and we need money today, not tomorrow.”

Potts is also planning to educate other black men on how to protect themselves from injustice. “It’s my job to fight for my rights,” he said. “I want the court to protect me the same way it protects white people.”

In calling for the ceasefire, Potts emphasized that the first step to rebuilding neighborhoods is to foster trust and a sense of community among residents.

“Everyone is scared,” said Eric Evans, who works for a local moving company and attended the ceasefire event. “We want people to be involved in the community because it opens the door to network and talk with one another. Whether its age, race or sex, we need to bridge that gap and be able to relate and help each other.”

Ald. Russell Stamper expressed his support for the ceasefire and said his role is to keep the project’s momentum going. He plans to continue advocating for new businesses to open and fill business corridors such as Center Street.

“Anyone who is suggesting we come together and put the guns down, I am wholeheartedly for it,” he said.

Community activist Vaun Mayes also addressed the crowd, urging the men and women to “arm themselves with an education and marketable skills. “We’re putting Band-Aids on things instead of figuring out why they’re happening,” he said.

Mayes faces federal charges related to a planned firebombing — which never took place —during the 2016 unrest in Sherman Park. He has pleaded not guilty.

Potts has said he feels that black men in Milwaukee are forced into a “pipeline that leads either to prison or the grave,” pointing out the lack of fresh food and jobs, lead in the water, violence and abundance of drugs in the area.

He envisions a thriving community filled with small businesses, an urgent care center, a bank and a jewelry store where “the Milwaukee Bucks guys come to buy their jewelry.” He also hopes to move his barber shop to a new, bigger location and combine it with a bar, creating as many as 30 jobs. Fulfilling that goal would require getting a liquor license and raising start-up funds.

“We have to work extremely hard, especially because we’re black,” he said.