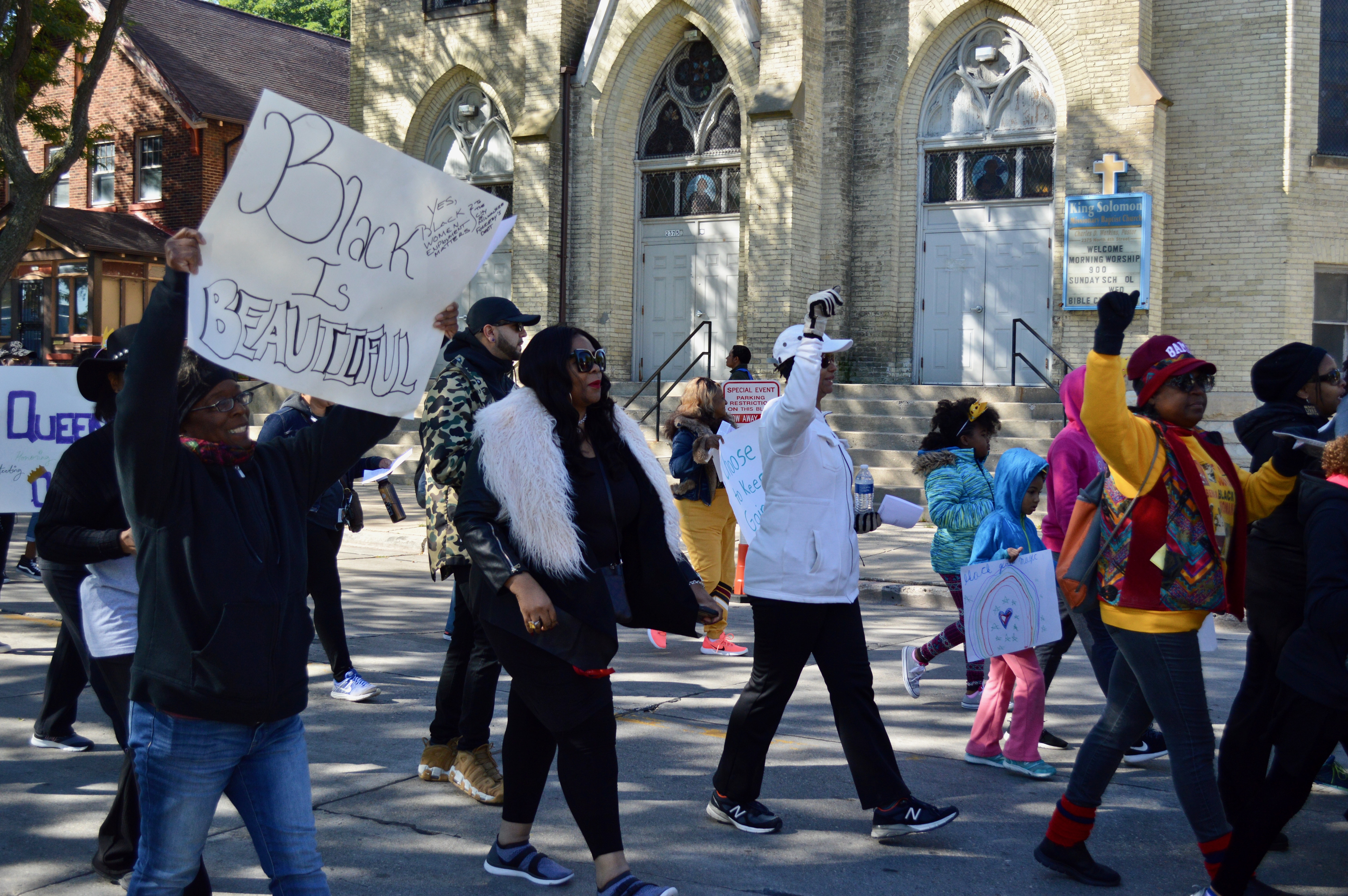 Bama Brown Grice has owned the same sweatshirt for almost 25 years. In bold letters, it says, “The hardest job in America is being a Black Woman.” The sweatshirt was relevant then and it’s relevant now, she said during the second annual Black Women’s Empowerment March.

“We need to let people continue to know, as women [be they] black, white, red, green or brown we [are] still being treated less equal [with] less rights and less respect,” said Grice.

This year’s march, hosted by UBLAC Milwaukee, was held in honor of Vel R. Phillips, a Milwaukee civil rights leader, who passed away in April. The march began at Pete’s Fruit Market on North Avenue and continued along Vel R. Phillips Avenue to Clinton Rose Park. March coordinator Annia Leonard of UBLAC estimated that between 100 and 150 people participated.

“It was definitely less than last year, which was disheartening,” Leonard said. “[But] I still have hope next year will be better.”

As participants walked along Vel R. Phillips Avenue behind drummers in West African attire, they took time to remember and celebrate her life. 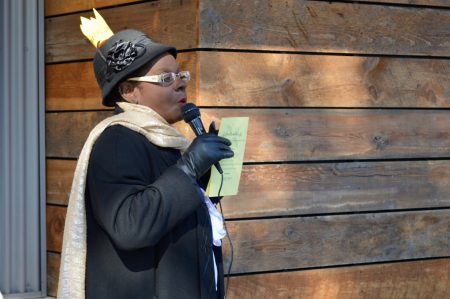 “We are going to be walking in the memory of a giant,” said Congresswoman Gwen Moore before the march.

“Chin up, nose to the sky, really she’d march with her head held high,” said Shannon Pink, a poet who dedicated her piece to Phillips.

During the rally, participants held a moment of silence for those who couldn’t march. Zion Rogers, with help from her niece, performed a libation ceremony. As she poured water over a plant, she asked that people remember their roots and honor their ancestors by marching.

Grice said she represented all the women who couldn’t or wouldn’t march. She noted that women do what needs to get done, even if that means missing out on marches or other events. Participating in events such as the Black Women’s Empowerment March is about having people recognize that “women are bad, bold and beautiful.”

Chico Manolo, a Milwaukee artist who performed the song “Ebony Goddess,” said men can support women and try to understand their perspective. If men and women are mutually supportive, love and positivity will prosper in the community, he said.

Tracey Davis attended the march to ensure unity among black and brown people and among women. Davis said that as a black person, she understands the struggle to be treated as an equal. She also believes that women should band together so that their voices are heard.

“What it means [to be a woman] is giving a voice to people who don’t necessarily have voices,” said Davis, who said she grew up in the 53206 ZIP code. It also means working twice as hard and sometimes fighting for rights that others take for granted.

Women are challenging and defying stereotypical roles, and society needs to reflect this evolution, Davis said. Black women are the backbone of society, but they lack a support system, she added.

Referring to white women, men and particularly men of color, she said, “What’s important is that you stand right beside us.”

On Locust, the marchers formed a dance circle and invited attendees to state their name and show off their moves. According to Leonard, the dance circle was one of the more memorable parts of the event because it gave people a chance to be carefree.

Ann Jones, Leonard’s grandmother, was one of those who entered the circle.

“I’ve been very familiar with the oppression against women, black women particularly, being black all my life,” said Jones, who came to Milwaukee when she was 22.

The march gave women an opportunity to express themselves in a positive environment. It allowed them to promote change and create awareness of what it means to be a black woman, Jones said. During the march, she held a sign that said, “Black Women Are Beautiful.” It served as a reminder to black women to own their beauty, their strength and their heritage.

Jones said it’s important to educate others on what it means to be black. For years, she would let people make assumptions or racist remarks. Recently, she started speaking up, and enlightening her co-workers and peers, so that they can learn and grow.

Leonard said she hopes to start planning next year’s march in January. She added that she appreciates when people express their reaction after a march or event, even when it’s constructive criticism. Seeing people engage in the community is rejuvenating.

“My favorite part is always the end,” she said. “People emphasize how important it is.”