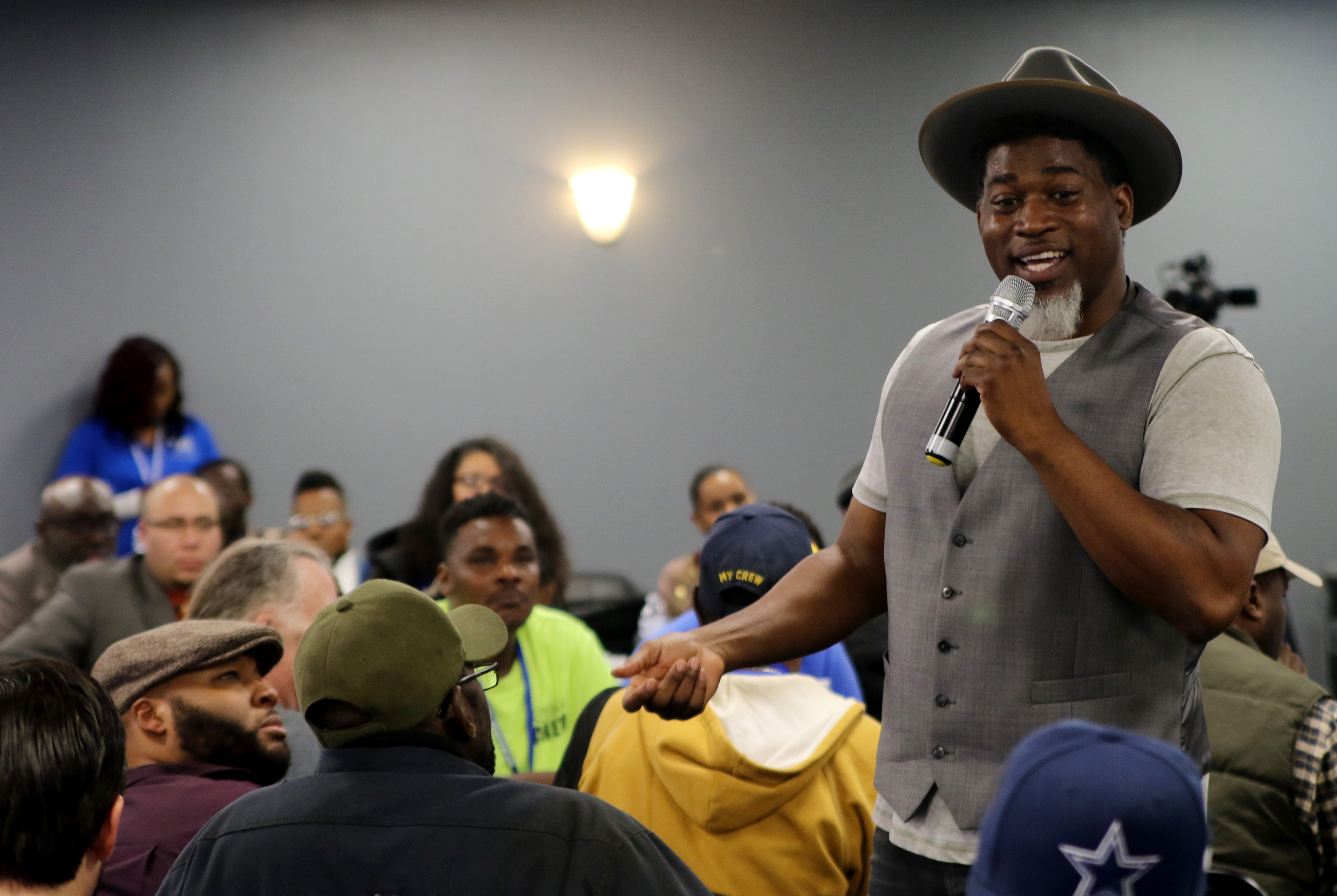 After spending 10 years in prison, Andre Farrington turned his life around. He owns a successful business and has three sons, 19, 6 and 8 years old. Despite his recent success, Farrington was still behind on his child support payments from his time in prison.

He was one of hundreds of people who braved the rain and flocked to the 13th annual Fatherhood Summit last weekend. They were greeted by workers from multiple organizations who were there to help fathers become more responsible for their families.

Jelaqua Tucker, the program director of workforce development at Wisconsin Community Services, said that the most important role of the summit was to provide access to resources that fathers need in a one-stop shop.

At the event, Wisconsin Community Services specialized in getting fathers’ driver’s licenses back so that the men could apply for a wider range of jobs. Last year, she said, she helped a man get his license, a small loan for a car and a steady job in Waukesha. 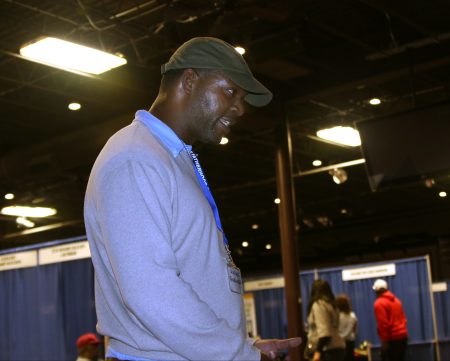 Tucker said she wants people to understand that they can get these resources throughout the year. “You’ve got to get yourself together first before you can be there for your family or partner.”

According to Paula Pitchford, who worked at the check-in desk, more than 160 newly registered fathers signed in half way through the first day of the two-day summit.

“People come for all different reasons, but, when people leave, they’re all smiles,” said Pitchford.

The theme of the 13th annual summit, sponsored by the Milwaukee Fatherhood Initiative, was “We are rising and uplifting our community through our fathers,” reflecting the important role that fathers play.

Banner, a Grammy-Award-winning music producer and recording artist from Jackson, Mississippi, used humor to bring a lighthearted feel to an otherwise serious event.

“I joke because the stuff we need to talk about is so painful,” said Banner.

In his high-energy speech, he spoke about the integral role that his father played in his life and commented on how important it is for young fathers to actively participate in their children’s lives.

Banner added that prominent black men have to pave the way for others.

“I’ve seen his turnaround from hip-hop to political and I think that he’s really impacting people. It’s working for him,” said Farrington. “Everybody that he speaks to can get some form of his knowledge.”

When he got to the summit he said he was blown away by the turnout. He had to take off work to attend but said he didn’t regret it.

Derrick Bowling, another father who attended the event, said he came to get a support system.

“What brought me here was to get … the driver’s license and child support help,” said Bowling. “But, not only that. Just to be able to network and meet with some guys and get a little bit of information from others.”

Added Farrington, “Coming in and learning a lot of other things — you know, it all just kind of came together. It was worth it.”