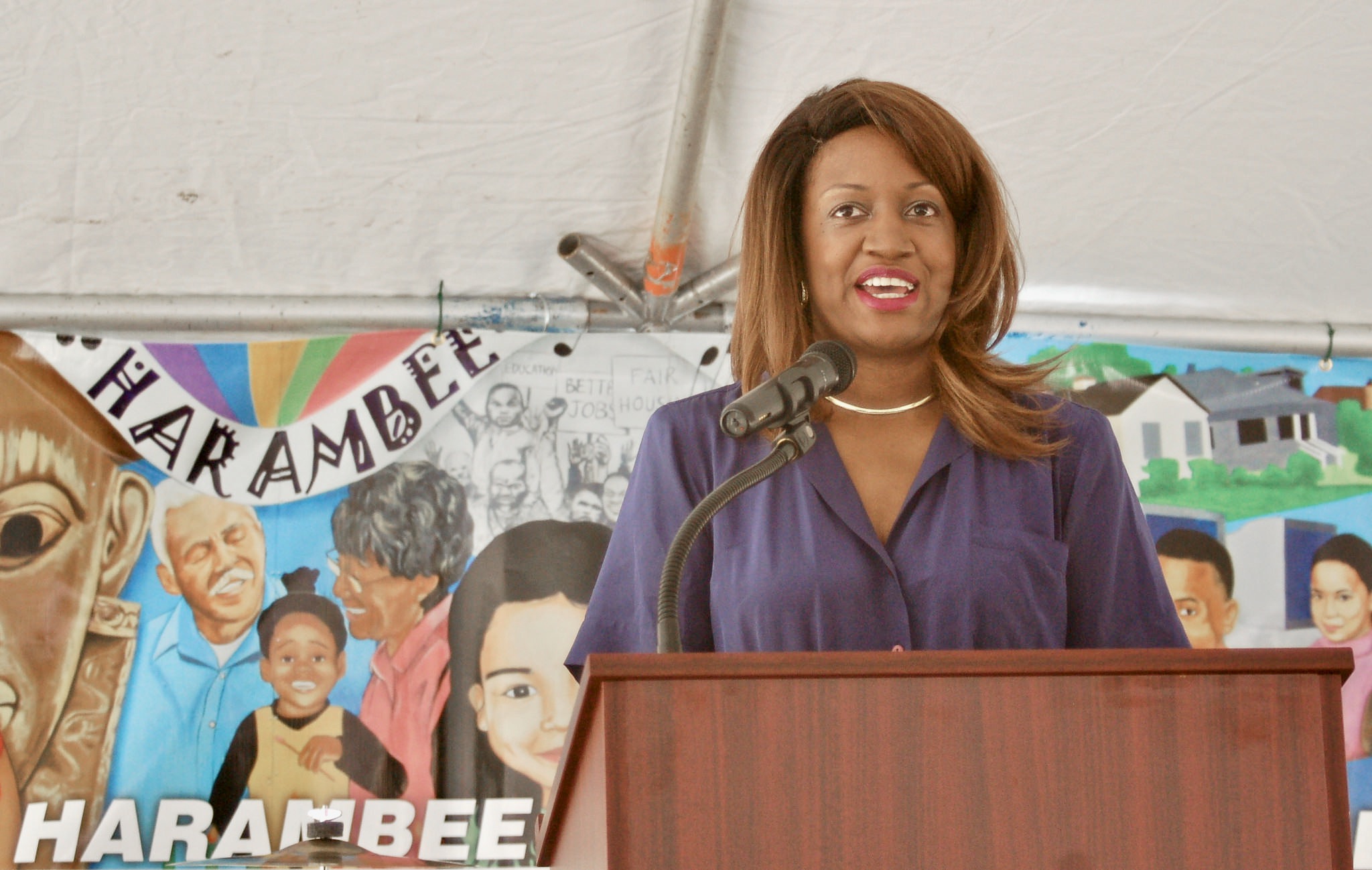 Kira Sanchez was attracted to the historic feel of the newly redeveloped Welford Sanders Historic Lofts when she rented a two-bedroom apartment in the building last spring. Raised on the South Side, the 21-year-old moved north to be closer to UWM, where she was a part-time psychology student, and to her restaurant management job downtown.

Community leaders, investors and neighbors recently celebrated the official opening of the Welford Sanders Historic Lofts and Enterprise Center and the neighboring Fifth Street School Apartments, both newly redeveloped in historic buildings in the Harambee neighborhood. Together they bring 107 new apartments, 95 percent of which are offered at reduced rates based on income.

Built in 1916 as a Nunn Bush shoe factory, the loft apartment building was acquired by the late real estate developer and UWM urban planning professor Welford Sanders. Following his death in May 2015, the Martin Luther King Economic Development Corp., where Sanders served as executive director for more than 15 years, undertook a joint venture with Wisconsin Redevelopment, a real estate development company. Together they transformed the former factory into 59 rental apartments at 2812 N. 5th St. They also developed 38,000 square feet of office space in the Enterprise Center, adjoining the apartment building at 2821 N. Vel Phillips Ave. Occupants of the fully-leased center are nonprofits and organizations involved in eliminating barriers to employment through job training and other support services. 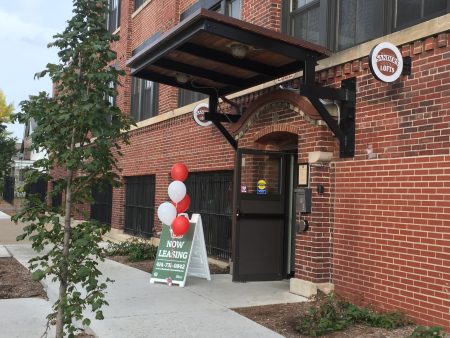 The Welford Sanders Historic Lofts were open for tours at a recent celebration. (Photo by Andrea Waxman)

Reduced rate rents range from $687 to $1,100 a month, according to Leo Ries, MLKEDC executive director.

Mamie Jallow, 23, and her cousin occupy the one market-rate apartment, for which they pay $1,200. Ries said the original plan was to offer that apartment at a deeply discounted price in exchange for custodial duties. But after Jallow and her cousin moved in, they decided they could not do all of the required care-taking so they were given a smaller discount, Ries said. Jallow acknowledged that she is worried about the cost.

Tenants started moving into the Welford Sanders Loft apartments in April and there are only three units available, Ries said.

Sanchez said her $840 monthly rent covers water but not other utilities. She feels that the rent is high but is otherwise pleased with her apartment and the building. She has heard about car break-ins in the area and is concerned on behalf of her visitors but hopes that police patrols will increase and put a stop to them.

Her neighbors are elderly people, kids and families and everyone is friendly, Sanchez said. When passing, neighbors usually call out a greeting and wish her a good day. She thinks she may be the only Hispanic among the mostly African-American tenants and one Middle-Eastern family she has seen there, she said.

More than 90 percent of the current occupants are African-American, 80 percent are families with children, 15 percent are young professionals and 5 percent are seniors, Ries said.

The $21 million project was funded with historic and affordable tax credits.

Across the street, Gorman & Company has redeveloped the vacant 5th Street School, built in 1888. The $9.7 million apartment project includes 48 studio and one- and two-bedroom rental units for seniors 55 and older. Four will be rented at market rates and the rest at reduced rates on a scale determined by income. Some will be reserved for low-income veterans and homeless people referred by Lutheran Social Services. The nonprofit will provide support services to eligible residents.

As of this week, 32 applications for affordable apartments have been approved and those applicants will begin signing leases immediately, according to Latasha Carter, Gorman & Company property manager. She expects renters to begin moving in at the end of October.

The complex funding package put together by developers and many partners — historic and low-income housing tax credits, TIF financing and grants — enabled the developers to qualify for low-cost mortgages that make it possible to offer reduced rents, Ries explained.

The opportunity for low-income individuals to “live somewhere really nice in this area is great,” said Baboonie Tatum, a co-owner of the nearby Rise & Grind Café at 2737 N. Dr. Martin Luther King Drive. Office workers in the Enterprise Center come to the café and place catering orders, she said, but she’s not sure residents have had an impact on her business yet.

Tatum was happy to hear about the movie theater at Welford Sanders Lofts because urban children have little access to movies, she said.

She added that longtime neighborhood residents fear that they will be pushed out by the new development in the area and she hopes that will not occur. Overall, Tatum said the redevelopment projects are “going to be very positive for the neighborhood.”