You are here: Home / Home / Carousel / Amid praise for stop-and-frisk from Trump, ACLU educates people about their rights
Share this... 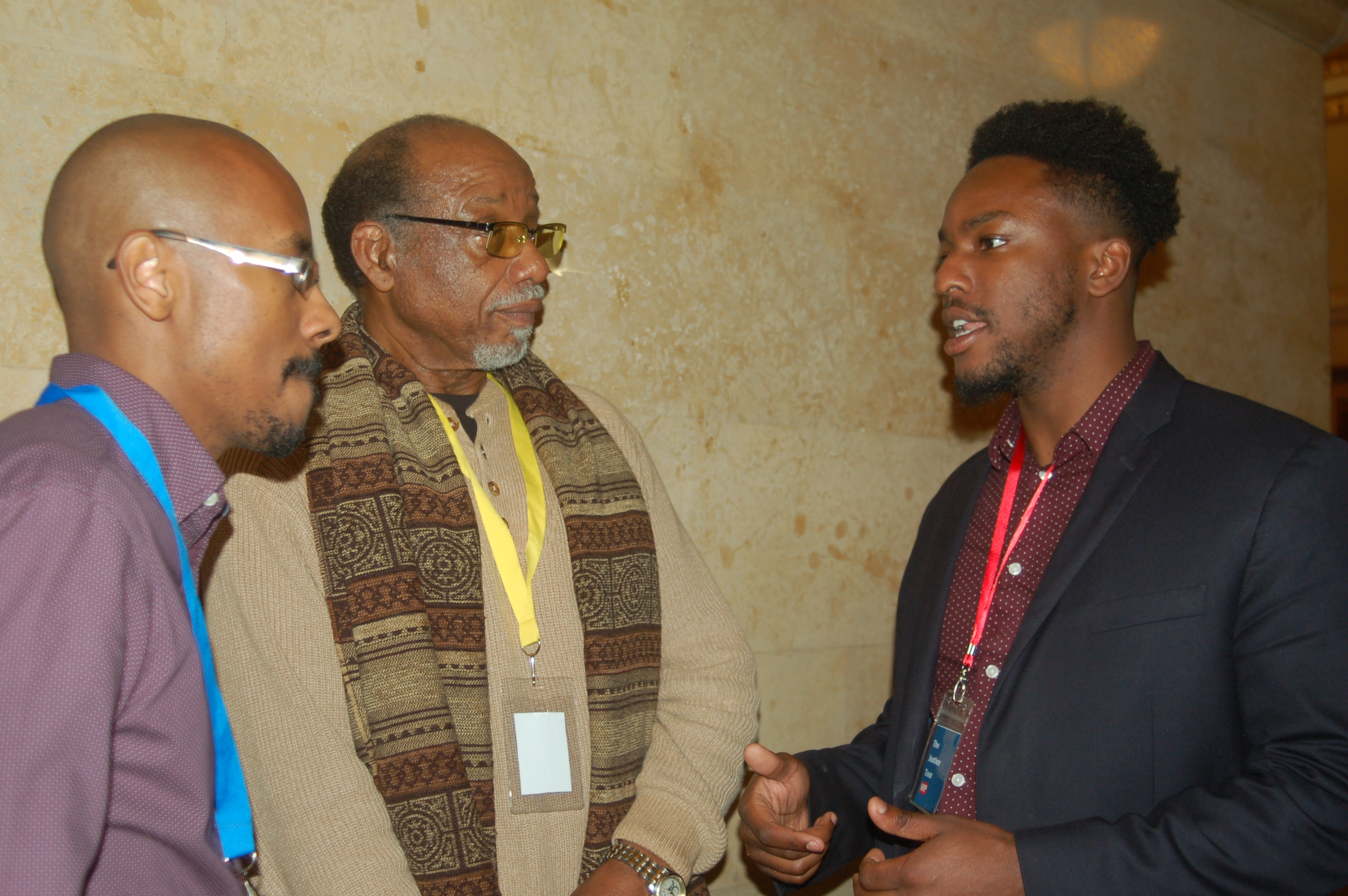 Stephen Jansen (from left), Charles Collins and Caleb Roberts were plaintiffs in the ACLU lawsuit against the City of Milwaukee. (Photo by Edgar Mendez)

Speaking earlier this month in Florida to law enforcement officials gathered for the International Association of Chiefs of Police conference, President Donald Trump praised stop-and-frisk policies, the legality of which has been challenged in several U.S. cities, including Milwaukee.

In Milwaukee, ACLU of Wisconsin officials are in the midst of an effort to end the practice and debunk the myth that it is a necessary and effective tool for law enforcement.

According to Jarrett English, senior field organizer for the ACLU of Wisconsin, stop-and-frisk erodes community trust and is one of the main causes of the state’s extreme racial disparities within the prison system.

“That’s why we’re working to end the practice of racialized policing in the City of Milwaukee,” English said.

The ACLU of Wisconsin reached a $3.4 million settlement in July as a result of a lawsuit filed against the city, the Milwaukee Police Department (MPD) and the Police and Fire Commission related to stop-and-frisk policies and the racial profiling of blacks and Latinos. 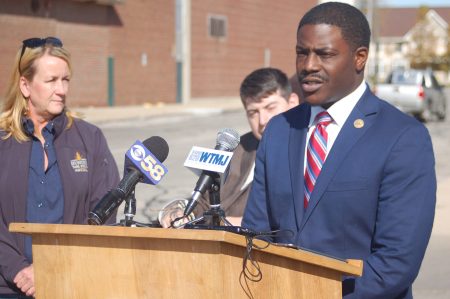 Rep. David Crowley, speaking at an unrelated press conference last year, was a plaintiff in the ACLU case. (Photo by Edgar Mendez)

One of the plaintiffs in that case, Charles Collins, discussed the lawsuit last weekend at an ACLU event held at Centennial Hall, 733 N. 8th St. There, Collins described the impact of being repeatedly stopped and questioned by Milwaukee police.

“It’s almost like a normalization,” he said. “It’s like you already assume the police are going to stop you,” added Collins, who wore yellow-tinged glasses and a brown-and-tan vest.

Many individuals of color in Milwaukee, including State Rep. David Crowley, Stephen Jansen and Caleb Roberts, who were also plaintiffs in the lawsuit, have been stopped by police for no apparent reason.

“We got pulled over, the doors were opened, flashlights shining and guns being pointed,” said Roberts, who was giving his cousins and friends a ride home after a concert at Summerfest. After a license check and search by police, Roberts was allowed to drive away. He said police never explained why he was stopped. “As we drove off, they pulled over someone else,” Roberts added.

“He brought in a deliberate and indiscriminate stop-and-frisk policy,” Rotker said.

Flynn’s policy on stop-and-frisk, in addition to data collected as part of the ACLU’s 2013 report, “The War on Marijuana in Black and White,” drew the ACLU’s attention to Milwaukee’s large disparities in arrest rates not just for marijuana possession, but also for other non-violent crimes.

ACLU officials began collecting and reviewing data on tens of thousands of MPD stops, and talking to residents about what they wanted to see done about the evidence of racial profiling and additional unlawful practices they uncovered.

The process led to a lawsuit and a series of changes to MPD stop-and-frisk policies, new data collection protocols and fulfillment of other community demands.

The organization has since been working to inform the community about the impact of the lawsuit in Milwaukee and the significant reforms aimed at eliminating stop-and-frisk without reasonable suspicion, or based on race or ethnicity, according to Molly Collins, advocacy director for the ACLU of Wisconsin.

“If the community doesn’t know that these changes are supposed to be taking place, they won’t be able to hold the police accountable to these new standards. We want to make sure the people most likely to be stopped and searched know their rights, and know how to file a complaint about the way they were treated if they need to,” she said.

Those in the city who believe they have been mistreated should file a report with the Milwaukee Fire and Police Commission or contact the ACLU, NAACP or Voces De La Frontera for assistance in filing, added Collins.

In addition to improving the process of filing a complaint against police, reforms also include improved training and supervision of officers who conduct stops; collection of more thorough data related to police stops; identification and correction of stops deemed unlawful; and creation of a community advisory board that meets regularly with MPD and the Police and Fire Commission, according to the ACLU.

Data collected by MPD related to stop-and-frisk is also now evaluated by an independent consultant and the ACLU to ensure that progress is being made in implementing the reforms and identifying unlawful stops.

Police Chief Alfonso Morales has been proactive in responding to the lawsuit and also starting the process of training officers and reforming Flynn’s policies, acknowledged English.

But, in a city with a “history of police brutality and injustice, trust needs to be earned and verified perpetually afterward,” English said.