You are here: Home / News / Arts and Recreation / ‘Talking shop’ event to recall hip-hop origins on South Side
Share this... 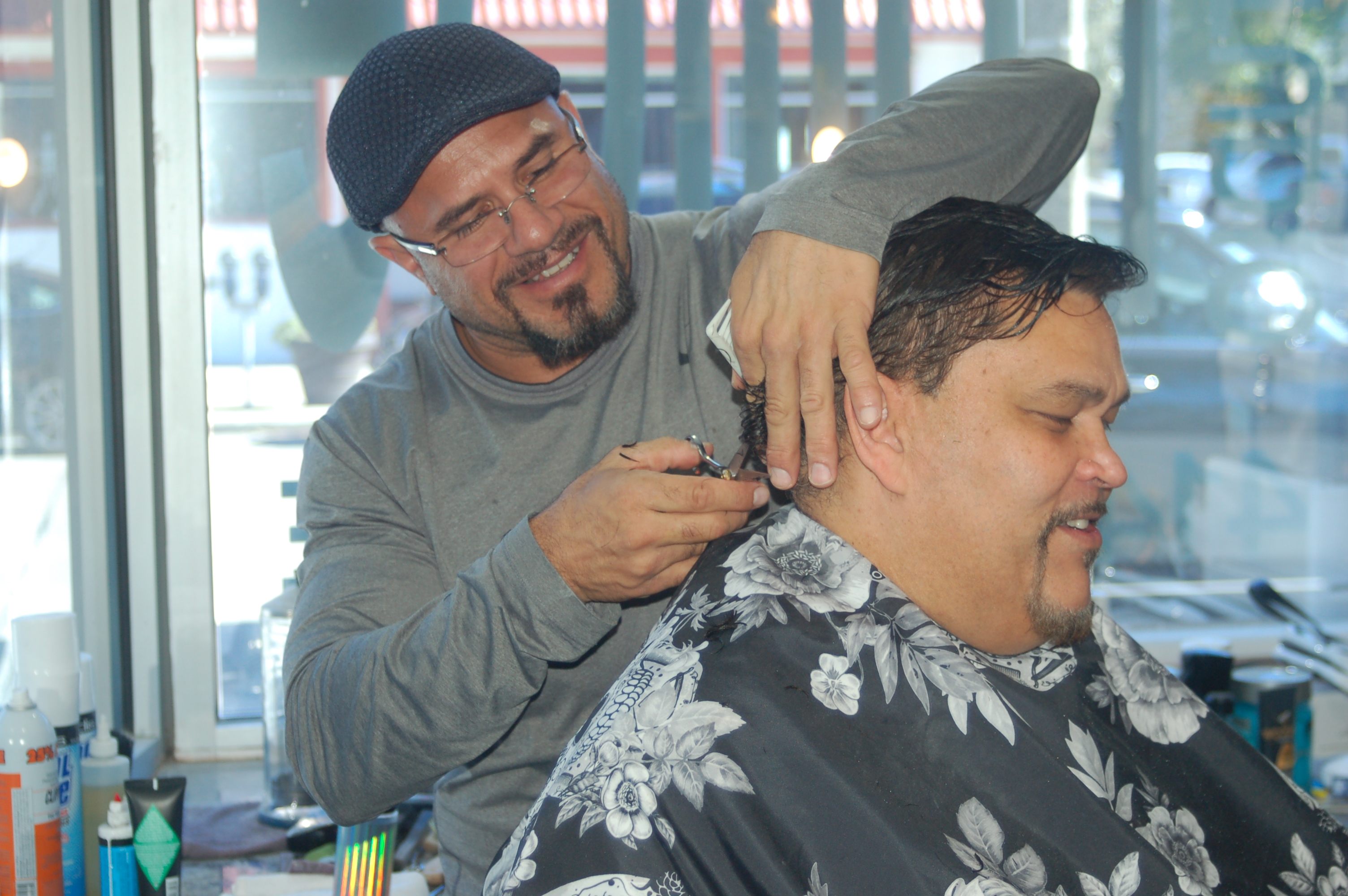 It was the early ’80s, recalled Joaquin Altoro, when he first walked into the Cuteria Barber Shop, which was located where Mitchell Street angles into Forest Home Avenue, across the street from where a Big Boy restaurant and a farmer’s market once stood.

“Someone told me to go there and get cleaned up,” said Altoro, at the time an Allen-Field Elementary School student and part of a breakdancing crew. He didn’t know what to expect when he walked in, said Altoro, now vice president of commercial banking at Town Bank and a board member at the Milwaukee Repertory Theatre.

After all, this was  Milwaukee’s South Side, and although Hispanics had been in the area for decades, the neighborhood and culture were still very much German and Polish. But times were changing and the Hispanic population in the city had grown. According to U.S. Census Data, there were 26,000 Hispanics living in Milwaukee by 1980 and that number would increase to 39,000 by 1990. That burgeoning population, which consisted of many teenagers and other young people, was looking to create its own identity, and some were finding it at places like a barber shop on Mitchell Street, recalled Altoro.

“The beautiful thing about Cuteria is that it was something different. It was a place that supported the hip-hop scene and the movement, and where I got to see people that looked like me and that I could identify with,” he said.

It wasn’t just the barber shop that drew Altoro and other Hispanic youth from the neighborhood to Mitchell Street, then considered the downtown of the South Side. There were clothing stores, martial arts classes, an annual Sun Fair, room to breakdance and other spaces that drew crowds, recalled Marco Carrasquillo, owner of Follicle Hair Studio, 817 S. 5th St. Carrasquillo had been cutting hair out of his home on West Grant Street when he got his first job in 1982 as a barber at Cuteria. At first, he said, it was an old school shop. 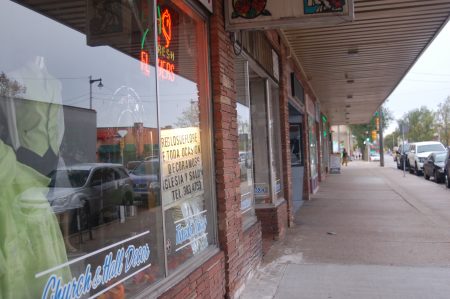 Cuteria and other businesses frequented by youth in the 1980s were located along this row of storefronts where Mitchell Street curves into West Forest Home Avenue. (Photo by Edgar Mendez)

“The owner was Eddie Siegel, an eccentric kind of guy,  and then there was my mentor, George Arribe. I called him Pops,” said Carrasquillo, who was 21 years old at the time. Carrasquillo had a reputation for being able to hook up the freshest new styles at the time, fashioning tails and dying hair, he said. That brought in a younger clientele, which was already drawn to Mitchell Street by all the other activity. Jose Flores, a longtime friend and customer of Carrasquillo’s, was among those who frequented the scene.

“We’d work out, practice and teach martial arts, listen to music and hang out,” recalled Flores. “It was better than reading the paper because it was where we learned all the biz from the neighborhood,” he added.

That crowd also included Ald. Jose Perez, whose stories about Cuteria and the hip-hop scene on Mitchell Street in the ’80s intrigued artists Adam Carr and Sonja Thomsen. At the time, they  were in the midst of creating “Listening to Mitchell,” an interactive art project that shared decades of sights, sounds and other collected experiences from Mitchell Street.

Carr and Thomsen decided in 2014, when Listening to Mitchell debuted, that one day they would revisit the story of Cuteria and hip-hop’s origins on the South Side. The artists, who are consultants for Gathering Art, Stories and Place, a project of Milwaukee Public Libraries, along with Perez and Milwaukee Repertory Theatre, are co-hosting “Talking Shop: Hip Hop on Mitchell Street,” a discussion about the time when hip-hop came to Milwaukee’s Latino community and that street was the place to be.

“We thought it’d be a perfect way to introduce more stories from Mitchell Street into the public consciousness and continue the energy from the first project,” Carr said. The event, fittingly, will take place at Mitchell Street Library on Oct. 23, and will feature a discussion including Perez, Carrasquillo and others. They hope to connect today’s generation with the time and essence of Mitchell Street in the 1980s, and to a conversation that continues to this day — how young people can use their talents to become entrepreneurs and find their way, Carr added.

“The activity of the young people drew music stores, clothing shops; [it] created commerce and brought new economic activity to Mitchell Street at a time when some of the bigger stores were starting to leave,” Altoro said.

Carrasquillo’s experience at Cuteria helped propel his career as a barber; he opened his own shop, Follicle, 15 years ago. The story of Mitchell Street in the ’80s is also one about entrepreneurship and culture, he said.

“This area is where it all began. The era of breakdancing, the music and even the wave of young barbers that took over an industry that had been dominated by older guys forever,” he said.

That spirit of coming together through music, shared culture and resilient spaces drew parallels to “In the Heights,” the Lin-Manuel Miranda play running at the Milwaukee Repertory Theatre through October, which is why event organizers thought it would be a great idea to connect the stories.

“’In the Heights’ is about a Latino neighborhood in New York where young people chase their dreams. We thought it would be cool and also connect to our mission to be able to connect our stories on the stage with the stories of Milwaukee,” said Cortney McEniry, director of community engagement at Milwaukee Repertory Theatre.

Those who attend “Talking Shop,” will have the opportunity to purchase an advance seat for $20 to attend a bus tour of Mitchell Street led by Carr, which will conclude with a trip to see that evening’s performance of “In the Heights.”

Carr believes that those who attend both events will see a natural connection.

“The story featured in the play is a lot like the story of Mitchell Street,” Carr said.