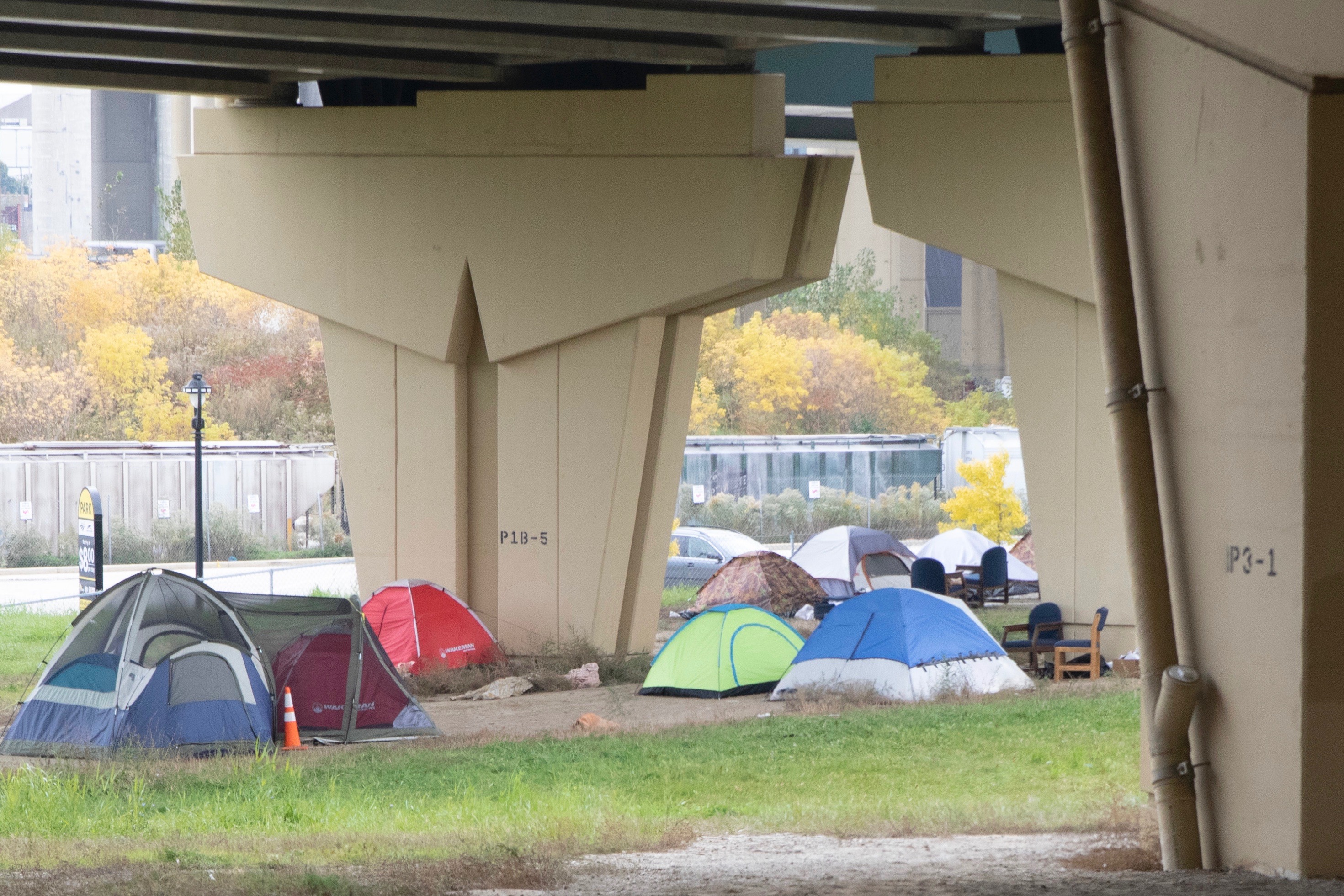 Tent camps are set up by homeless people under the highway at 6th street between Michigan and St. Paul streets.

Gathered in a small room in the basement of a South Side residence for the homeless, leaders of multiple groups concerned about homelessness shared their ideas and experiences. Some talked about the need for affordable housing; others discussed how to address the root problems that result in homelessness.

However, one topic resonated louder than the others: How do we change the perception of homelessness in Wisconsin?

“The reality is that [homelessness] has become a much more pervasive and complicated issue,” said Mark Angelini, president of Mercy Housing Lakefront, who led the town hall discussion. “I think everyone has the stereotype of an individual who’s living outside under a bridge. The reality is there’s a situation here where housing costs have accelerated much faster than wages for individuals so it’s becoming much harder for families.”

Angelini noted that affordable housing is an important step toward ending homelessness. He said the Wisconsin Coalition Against Homelessness wants to go one step further and provide supportive housing, which offers on-site services such as health care and substance abuse treatment. 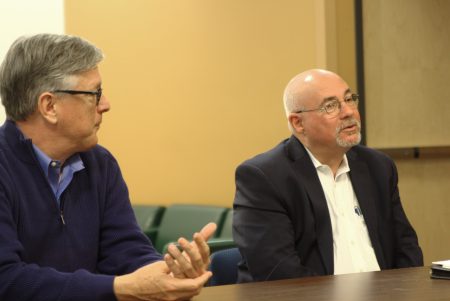 Mark Angelini (left) and Joe Volk listen as attendees share their thoughts on homelessness in Milwaukee and the surrounding area. (Photo by Max Nawara)

“[The homeless] have been impacted in a way that requires a safety net to be dropped to support them,” Angelini said. “And what does that mean? That means: stable housing, getting the attention necessary to deal with any kind of addiction, behavioral health or mental health issues, getting their physical health in line. Then a vast majority of these people are able to move forward.”

The recent town hall meeting was held at Mercy Housing Lakefront’s Johnson Center, 2150 S. 13th St., which has 91 units of supportive housing for individuals who were homeless, disabled or at a high risk of homelessness.

Volk said he believes that “the holy grail of solving the problem” is using Medicaid funding, which is a mix of federal and state dollars, to provide homeless families with supportive housing. The funds could also be used for case workers, job training and tenant advocacy, he added.

According to Volk, the biggest problem with this plan is that the state government moves slowly and reaching these goals under the current federal administration would be “daunting.” However, Volk said that Gov. Scott Walker has agreed that Wisconsin should have a waiver that would allow it to use Medicaid funds for these purposes.

Also in attendance were various leaders of homeless shelters in the greater Milwaukee area, case workers for homeless families and law enforcement officers from Waukesha County.

C.J. Brown, president and CEO of People Power LLC, an organization that helps the homeless find careers, said that to break the cycle of homelessness, the way people approach job placement needs to change.

“It’s a matter of finding what their true talent is, pulling that talent out, focusing on that talent and finding them a career — not a job,” he said. “A job is a temporary fix. A career is a lifetime.”

The road to fixing the issues at the heart of homelessness in Wisconsin is a long one, but there are positive strides being made, according to Volk.

“We’ve been able to score some legislative victories in the last (Wisconsin state) budget,” said Volk. “We got $1 million worth of new money. This is the first money for homelessness programs that have been added to the state budget since 1994. Those dollars are on the street right now.”