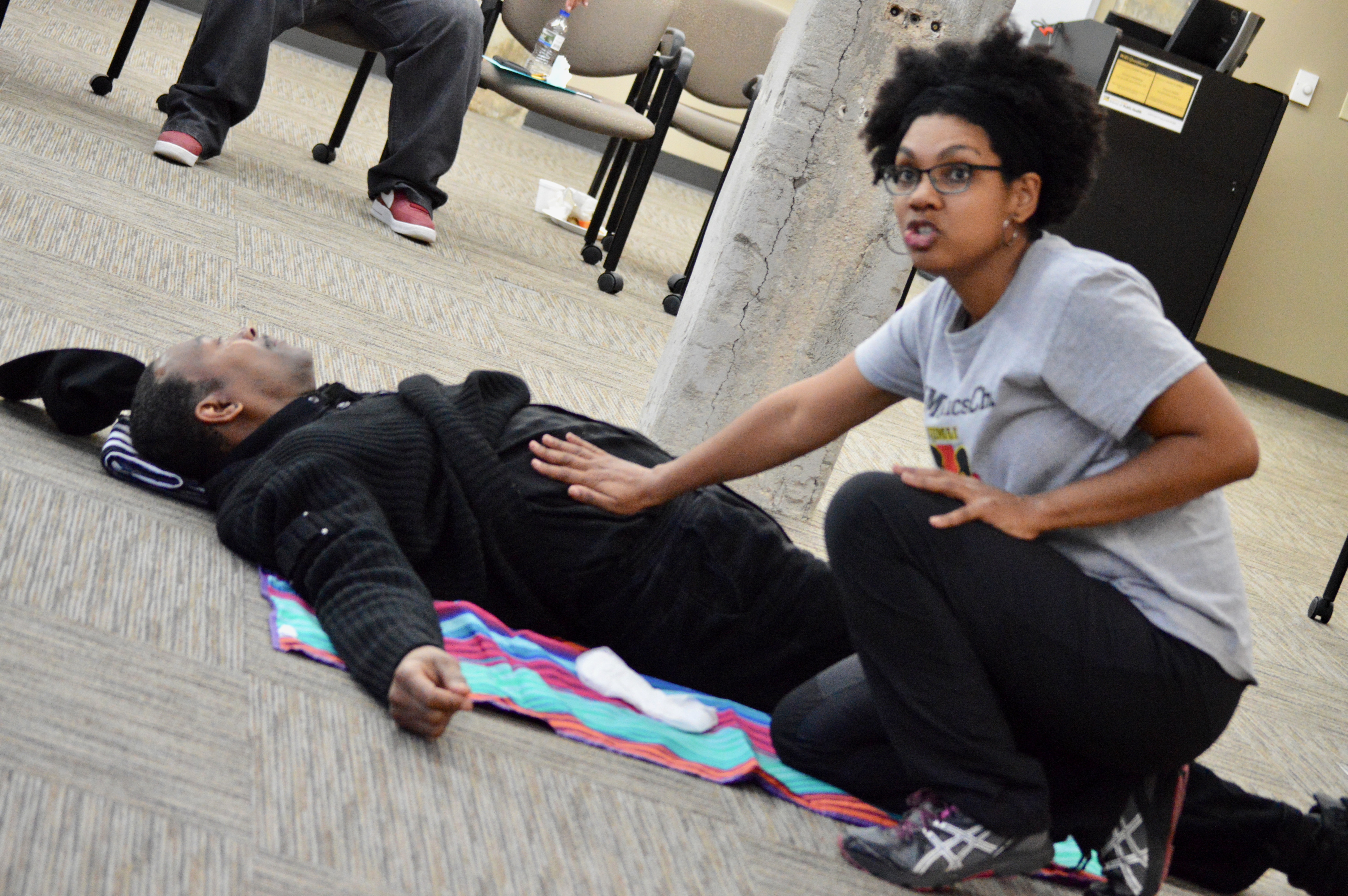 Martine Caverl, registered nurse and co-founder of Ujimaa Medics, asked participants at a recent workshop to step forward if any of the following statements were true for them.

“I am afraid someone I love will be shot.”

“I am nervous about helping a person who has been shot.”

One after the other, people stepped forward.

Caverl and Amika Tendaji, co-founders of the Chicago-based UMedics, brought their workshop to Milwaukee, attended by 13 people from organizations such as Black Nurses Rock and Walnut Way Conservation Corp.

UMedics is an urban first-response program that teaches community members how to keep a gunshot victim alive until help arrives.

The workshop, which was held recently at the UWM Zilber School of Public Health, combined classroom first aid with hands-on emergency role-playing scenarios.

“The first major rule of all this training is; don’t get shot as well,” Tendaji said. “It’s really hard to treat somebody who has been shot, if you too, have been shot.”

Participants were asked to “take cover” behind objects in the room before they attended to a gunshot victim. They were told to identify themselves and ask for consent before treating someone. The instructors said that it is important to be able to identify which wounds need treatment first; for example, prioritizing treatment of “bright-red blood” and head wounds over “dark-red blood” and extremity injuries. 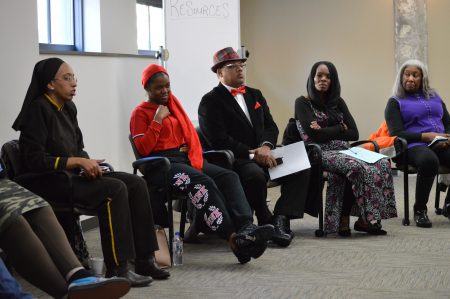 Reggie Moore, director of the Milwaukee Office of Violence Prevention, who helped organize a similar “Stop the Bleed” workshop in September, said UMedics goes hand in hand with other Milwaukee gun violence initiatives.

“People are rarely shot alone,” Moore said. “We want to make sure as many people in our community have the basic training to be able to stabilize someone until paramedics can arrive as a means of saving lives.”

Part of the emergency training relies on using whatever is available to stop the bleeding. Caverl and Tendaji had an array of scarves, T-shirts, credit cards and even a Doritos bag as potential tools for treating different wounds. Other important topics covered were “scene safety” and crowd-management strategies.

Caverl and Tendaji talked about how to handle peoples’ very different reactions to a shooting.

Tendaji said that whether people are aggressive, hysterical or trying to stream the incident on Facebook Live, the key is to assert authority and remain calm. She also said to avoid language that appears to justify violence.

“Stay away from anything that can sum things up in a sentence: ‘live by the sword, die by the sword’; ‘everything happens for a reason.’”

Participants formed groups of three to practice what they had learned about active-shooter situations and were then critiqued by Caverl, Tendaji and their peers.

Community activist and author Lawton Merritt, who lives on the northwest side, said he has dedicated much of his life to empowering young men of color. He said this kind of training can really make a difference in the community.

“These violent situations do occur and they can be contained,” Merritt said. “I feel a lot more confident [after the training] in the event of something happening.”

Former Marine Ray Mendoza, who stepped forward when Caverl asked earlier who had been shot, said gun violence has always been present in his life. He represents a budding group called Team Havoc that organizes walks primarily on the South Side to raise awareness of the opioid epidemic and also the gun violence that surrounds it.

“My partner and I were running the streets years ago, so we had a change of heart in how we wanted to live our lives,” Mendoza said. Workshops like these, he said, arm him with information and important skills to give back to the community he wants to protect.

The strength of the collective is an important foundation of UMedics.

“Because you care, because it’s your community, you may be the best person to do something about it,” Tendaji said. “Maybe even better than someone who is trained.”

The idea for UMedics came after 18-year-old community activist Damian Turner was shot and killed in Chicago in 2010 before he could reach a hospital with a trauma center. This strongly affected Caverl and Tendaji, who decided enough was enough.

They began to develop a grassroots network of black people around Chicago who were prepared in emergency situations. The “U” in UMedics stands for Ujimaa, which is Kiswahili for “collective work and responsibility.”

At the end of the workshop, Tendaji again asked participants to step forward if the following statements were true for them.

“I know how to help if I see someone get shot.”

“I know how to support someone who is helping a person who has been shot.”