You are here: Home / Community Voices / Amplify the message
Share this... 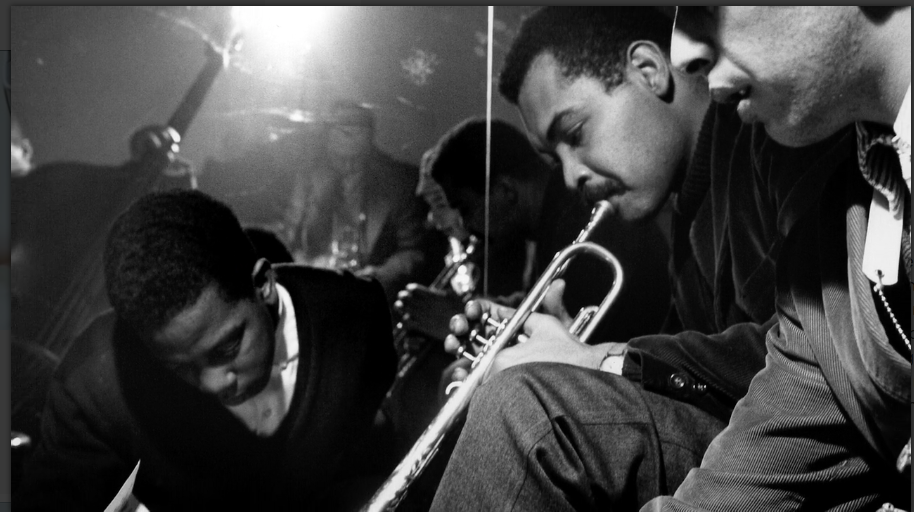 Photo from trailer for “We Must Schwing: The Blue Note Story”

Rick Deines, a conversation facilitator with The Zeidler Center for Public Discussion, writes that the Milwaukee Film Festival provided an opportunity for Milwaukeeans to be around one another and interact as they reflected on films that teach about the challenges and opportunities of life.

Two Jewish refugees from Berlin with a love for jazz joined with the great and largely unknown African-American jazz musicians of the 1940s to create Blue Note Records. Music history was created. Asked about the impact on the rest of society and human rights, saxophonist Lou Donaldson said, “We amplified the message.”

We can say the same thing about the 2018 Milwaukee Film Festival. The message is “Milwaukee has gifts to celebrate.” The MFF “amplified this message.” We are better as a community for its presence.

For two weeks folks of different ages, races, gender and sexual orientation lined up for blocks and crowded shoulder to shoulder for 20-30 minutes day after day in every afternoon and evening time period. To see films.

At one film introduced by an MFF staff member, she said. “It’s a Wednesday afternoon, it’s raining and the house is full! Here in Milwaukee! Who’da thunk it?” The crowd cheered.

We are rightly concerned about weaving together a Milwaukee where people speak with one another and learn ways to move forward in healthy, productive ways.

These 15 days have been a “Future Milwaukee is Now” experience. The films are incredibly diverse across ethnic and age lines. The audiences vary but are strikingly more diverse when ethnic, age, gender or sexual orientation are an important part of the story line.

At various films young African-Americans and Latinos attended films like “Wrestle” or “When the Beat Drops.” Those with Jewish ancestry responded to “The Last Suit” and “We Must Schwing: The Blue Note Story.”

Disclosure: In my role as a conversation facilitator for the Zeidler Center for Public Discussion, I volunteered to host 10 conversations; the quid pro quo is that I got free admission.

I saw two films that honored Jewish identity. Three others had African-Americans in the spotlight, exposing me to a form of dance called “bucking” and the jazz musicians of the early 20th century. Another featured a small community struggle on the German-Bulgarian border. Yet another followed the commitment of a South Korean musician seeking peace with North Korea. I was taken into the lives of the homeless in Los Angeles and of the refugees seeking education in a St. Louis public school.

The MFF staff not only ran a professional and smooth production over 15 days, but at every turn sought to make each gathering special. They clearly want us to be around one another and get a chance to interact as we take in and reflect on films that teach us about living and its challenges and opportunities.

Before the feature, locally produced “short commercials” showed off the city. In a very few seconds viewers are taken to different parts of the city. We see the people in neighborhoods, coffee shops, sports events, public transportation, etc. We see our neighbors greeting one another with a hello, a nod or a handshake. Nothing exceptional, yet moving nevertheless.

Better than the vaunted Super Bowl ads was the advertising by a local bank — amusing, tiny films in themselves. With “I Struck Gold,” a bowling alley in Bay View came to life. We laughed together when a diner couldn’t convince an obnoxious waiter of his allergies. At a coffee shop, a customer asked for the Wi-Fi password, only to be told that the ‘Wi’ was free, but the ‘Fi’ is $6.95. Maybe you had to be there, but they were so well executed.

Each part of the festival contributed to the sense that “strengthening Milwaukee” is the heart that drives this year-round endeavor.

Much of what is important about the MFF came together for me in the film “Sijan.” It introduces us to the incredible life story of Milwaukee born and bred Lance Sijan. He died in a North Vietnamese POW camp. He had sustained life threatening injuries in 1967 when he ejected from his shattered plane and landed in the jungle. He spent 45 days without food or water.

I’ve lived in Milwaukee a long time now and did not know the Sijan story. His family, especially his sister Janine, who directed, produced and co-wrote the story, are an integral piece of our community. Of course, Lance’s story is the compelling part, but how that story is recreated now for our benefit cannot be overlooked. One could debate different sides of war or the Vietnam War, but I think that might miss the point.

After the film Janine invited the audience filled with young people and veterans to self-examination. The purpose of the film, she says, is to find the message of Lance’s life as an invitation to each of us to overcome, day by day.

The 2018 film festival is history. Some of the films will return this month and perhaps beyond. I am hopeful that we, together with MFF, will not only enjoy films, but see their potential for our own lives, and forge paths that we can walk together with mutual encouragement, and, yes, happiness.

We have a better Milwaukee and it’s here, now! “Amplify the message.”