You are here: Home / Home / Carousel / Legislators hope to build on momentum created by results of marijuana referendums
Share this... 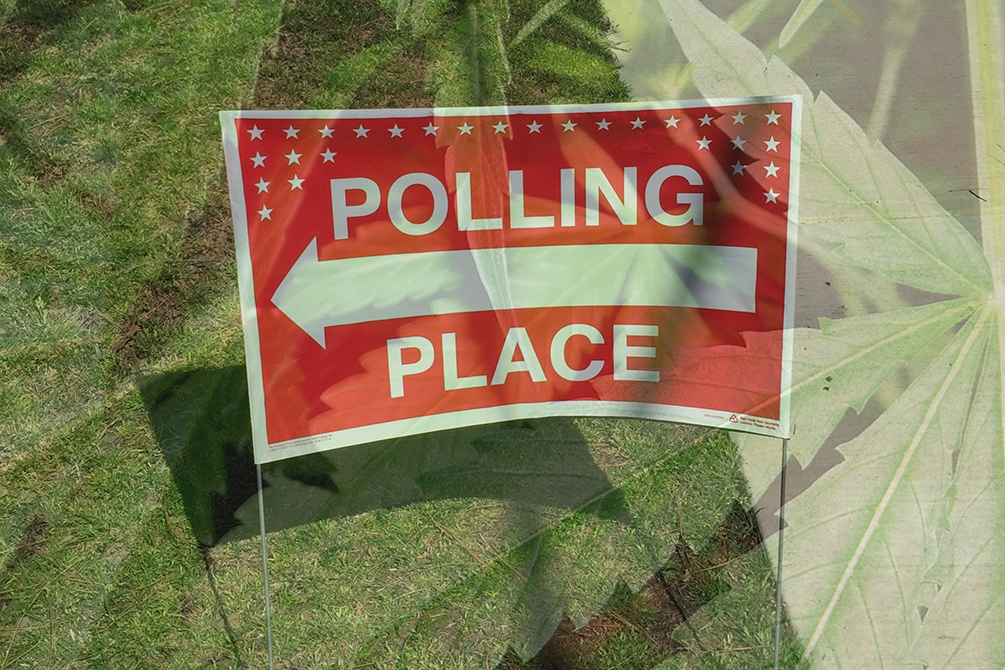 Voters from across the state overwhelmingly supported some form of legalization of marijuana. (Image by Jim McGowan)

The voters have spoken, and it’s clear that they are ready to see marijuana legalized in Wisconsin, said Rep. Melissa Sargent, discussing the results of last week’s referendums on the issue.

“Regardless of whether they were in red or blue areas there was support for legalization and evidence that we need to do something about marijuana. I’m hopeful that policymakers in Wisconsin act in the best interest of the people,” said Sargent, who plans to reintroduce legislation to legalize marijuana for recreational and medicinal purposes once the new legislature is sworn in.

The Dane County Democrat said she believes that Republicans, many of whom still believe in the “reefer madness” narrative, need to realize that legalization would result in a huge economic boost for the state and would help to address racial disparities in marijuana law enforcement.

“If you have black or brown skin you’re 10 to 12 times more likely to be arrested for marijuana in Wisconsin. Legalization won’t end our disparities but it certainly won’t hurt to try,” she said.

Across the state, support for legalization, in some form, was supported in each of the 16 counties and two municipalities that held referendums on the issue. Those areas represent over 50 percent of the state’s population, according to Sargent.

Incoming Gov. Tony Evers has publicly supported legalization of medicinal marijuana and stated before the election that the referendums should guide future discourse on the topic. One sticking point, according to Sargent and Rep. David Bowen, is that the Republican-controlled Legislature in Wisconsin could be reluctant to support any agenda put forth by Evers. 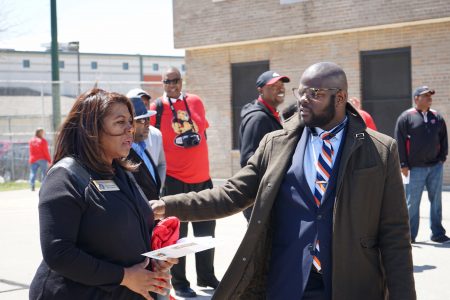 Sen. LaTonya Johnson, pictured at Auer Avenue School’s 105th Anniversary celebration, is urging lawmakers on both sides to work together to change the state’s marijuana laws. (Photo by Adam Carr)

“I think it’s possible that we see gridlock,” Bowen said. “It depends on whether or not our colleagues are going to be open to hearing all sides of the argument,” added Bowen, who represents the North Side of Milwaukee and the Village of Shorewood.

One challenge could be garnering support from Assembly Speaker Robin Vos, who stated earlier this week in a speech to his caucus that he would work with Evers, but, “we are not going to roll over and play dead like they assume we probably should.”

According to Kit Beyer, communications director for the Office of the Speaker, Vos has long supported medical marijuana but doesn’t support legalizing recreational marijuana.

“He supports a system where patients can get a prescription for marijuana from their doctor filled at a pharmacy.  However, Speaker Vos thinks the change should be made at the federal level first,” Beyer said.

Fellow Republicans including Rep. Dale Kooyenga (Brookfield), Rep. Jessie Rodriguez (Oak Creek) and Scott Allen (Waukesha), who all represent areas that held referendums, did not respond to a request for comment from Milwaukee Neighborhood News Service.

Sen. LaTonya Johnson, a Democrat who represents Milwaukee, is calling for bipartisanship and for the public to put pressure on elected officials.

“I urge legislators on both sides of the aisle to take note of the widespread support shown by voters throughout the state and take action accordingly,” Johnson said. “I also encourage members of the public to not let their voice end with the referendums and keep reaching out to your elected officials and asking that they move forward with changing our state’s marijuana laws,” she added.

Bowen is also urging voters to demand action from their elected officials, and some local groups also plan to continue advocating for a change in the law.

“We will work with partners around the state and locally to support legislation that reflects the views expressed overwhelmingly in the referendums,” said Gretchen Schuldt, executive director of the Wisconsin Justice Initiative.

In terms of whether legalization could happen soon, Bowen said he and other legislators who are in support are still in the coalition-building phase and will continue to work with legislators on both sides. In the meantime, he said he will continue to push his bill, which would end workplace testing for THC, the main chemical compound in marijuana, and a bill that was introduced to legalize medicinal marijuana.

Last year, Bowen said, those measures couldn’t even get a hearing, but things could change now that several key positions, including governor and lieutenant governor, have flipped Democratic, and because of the referendum results.

“Republicans still control that chunk of the legislature so it is going to be up to people getting engaged and making sure they have their voices heard and not ignored, including those who have been impacted by the criminalization of marijuana,” Bowen said.