You are here: Home / Home / Carousel / Adams Garden Park expected to open by summer
Share this... 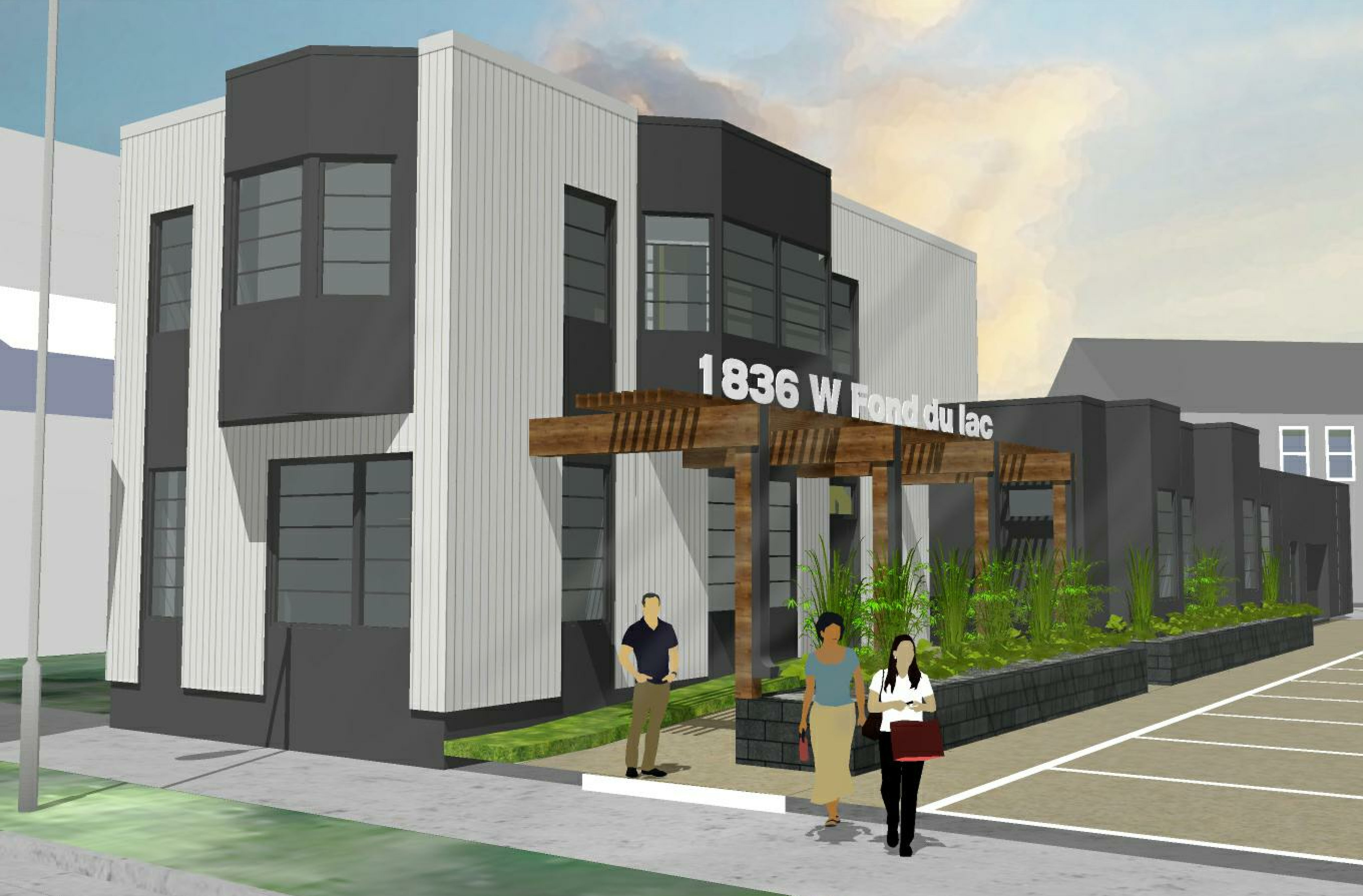 A year and a half after they acquired three vacant city-owned lots next to a building and land they already owned, Sharon and Larry Adams have changed the plan for their Lindsay Heights development project, Adams Garden Park.

The original plan to redevelop the building they own at 1836 W. Fond du Lac Ave. and adjacent land into a garden center has evolved into a development to house several environmental organizations.

In 2016, after they stepped down from running Walnut Way Conservation Corp. and started to think about Adams Garden Park, the couple envisioned local entrepreneurs selling plants and offering related services to urban gardeners.

From the beginning, their goals for the project were to transform under-utilized and vacant properties, create an environmental hub adjacent to the Walnut Way campus and create pathways to environmental engagement that would lead to academic, employment and business development, Sharon Adams said.

The Adams’s plans evolved when they found that the Milwaukee Environmental Consortium (MEC) was interested in renting the redeveloped building to relocate its offices and those of two of its member organizations, Milwaukee Water Commons and Wisconsin League of Conservation Voters. The nonprofits have since signed a letter of intent and plan to join Blue Skies Landscaping as tenants on the property. Blue Skies is a landscaping training and employment company that Larry Adams incubated at Walnut Way. 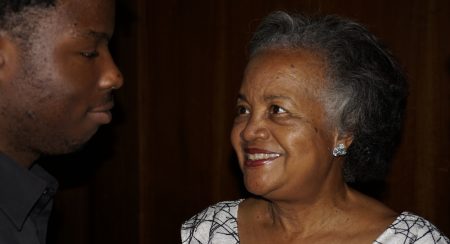 Martha Spencer, executive director of MEC, an umbrella organization that rents space and provides accounting and other services to 17 member organizations, said MEC had outgrown its space on Farwell Avenue and had been looking for a new home for two years without success. During that time, several of its members, including Milwaukee Riverkeeper and Victory Garden Initiative, found new homes elsewhere but they are still engaged members interested in MEC’s work in Lindsay Heights, she said.

Sharon Adams said that she and her husband are working with Juli Kaufmann, president of Fix Development, whom she described as the assistant developer. She added that they still need to raise $425,000 to meet the project’s $700,000O goal.

“Our fundraising strategy is reaching out to people who care about our environment and care about the neighborhood having access to scientists and teachers and advocates,” Adams said.

At a recent fundraising dinner and concert, which drew more than 90 people, Adams and her team unveiled renderings of the redeveloped building, which will offer two floors of offices, and other conference and work spaces.

It is likely that the land, which contains trees and a hoop house, will contain  gardens but the land use design has not been finalized, Adams said. “It will be a beautiful green space that will support activities, such as water demonstrations,” for the building tenants’ environmental programs, as well as those of others working on sustainability projects in the neighborhood.

She expects that new tenants can be welcomed to the site in spring or summer 2019. Spencer is hoping to be able to move there on April 1, she said.

Adams noted that the neighborhood’s commitment to health and environmental stewardship has become central to its identity. Walnut Way, Neu-Life Community Development, Running Rebels and Marketplace Business Improvement District 32 all contributed to creating and building that identity. The process was “organic and it was intentional,” she said, adding that many MEC member groups have also contributed.

“One of the joys of being in Lindsay Heights is that we work collectively,” she said.

Kirsten Shead, co-director of Milwaukee Water Commons, said equal access to water and other environmental justice issues are central to her organization’s mission.

She said the Milwaukee Water Commons wants to complement the innovative environmental work that’s already happening in Lindsay Heights, citing Walnut Way, Sharon Adams, Venice Williams at Alice’s Garden and the Tandem restaurant. “I think there is a natural connection,” Shead said. “We’re going to need … everyone to come up with the solutions (to environmental challenges) … or the solutions are going to be flawed.”

Spencer said the environmental movement has shifted away from an issue-based approach. “We would like to anchor our efforts to communities like Lindsay Heights with a new emphasis on caring for people so they can care for the environment.”

The Lindsay Heights community has been doing that and “we would love to join with the residents there to advance a sustainable community,” she added.

Spencer said she and her fellow tenants are honored and excited to be working in Lindsay Heights, which has become a prominent national model for sustainable neighborhoods.