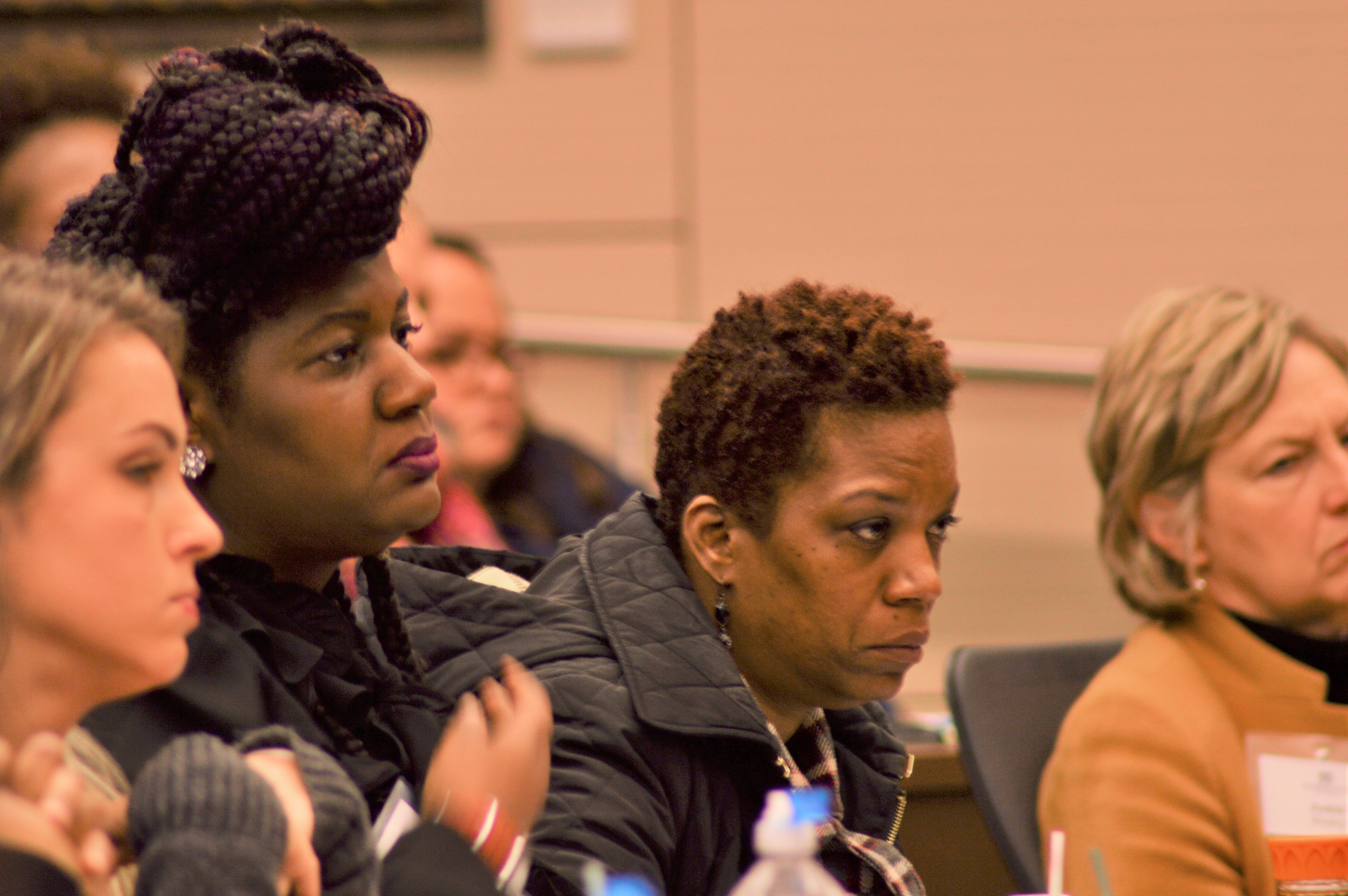 When Andre Lee Ellis began We Got This Milwaukee’s community garden at 9th and Ring streets, the area had one of the highest crime rates in the city, he said. But through his work instilling respect, trust and work ethic into young boys, he said the community has become safer and healthier. “We’re no longer on the list because the community did it,” he said. “The main problem is resources. We have to bring the resources to the block.”

Ellis was one of four panelists at a recent discussion called “Healing a Traumatized Community and Building Relations, held as part of a full-day Restorative Justice conference at the Marquette Law School. He was joined by Reggie Moore, director of the city’s Office of Violence Prevention; Maritza Ugarte, District 2 neighborhood safety coordinator at Safe & Sound; and Billie Ellis, a Milwaukee Police Department officer. The panel was moderated by William Lipscomb, assistant U.S. Attorney for the Eastern District of Wisconsin. The conference also featured the film “Torn by Trauma: Restoring Community One Life at a Time,” as well as sessions on childhood trauma and trauma through a criminal justice lens.

Andre Lee Ellis is used to being a role model as the grandfather of 13 children. He founded We Got This in 2014 by building a community garden open to neighborhood boys, who do garden work every week throughout the summer in exchange for payment. Ellis encourages them to work, rather than get involved in neighborhood crime. The program started out small, with only a few boys, but soon grew to 100 or more participants on the weekends. Ellis said starting the program was especially important for the kids who don’t have father figures in their lives. 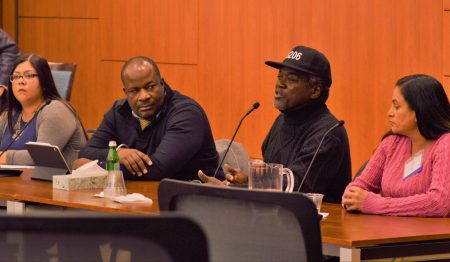 The chronic absence of fathers in the Harambee neighborhood exacerbates the effects of trauma and the crime lifestyle, Ellis said. He noted that because of the family structure and poverty experienced by many of these families, violence arises at an early age, leading teens to turn to crime before they can process the effects that lifestyle would have on them. It’s also difficult to leave the lifestyle because their peers and family are also practicing it, he said, and a criminal record prevents them from getting adequate housing and jobs and even forming relationships.

Moore agreed that patterns of violence get passed from generation to generation, and it’s also caused by systemic and structural discrimination against blacks. “It’s the conditions that create the behavior,” he said. “We are in a state of crisis in this city.”

Despite the bleak outlook, Moore believes there’s hope. The city’s anti-violence plan, called Blueprint for Peace, covers many different types of violence, including gun, gang, sexual, domestic, structural and self-directed violence (suicide). According to OVP, 139 people were murdered in 2016, many of them in gun-related incidents. Part of the plan is to increase the number of counselors available to victims of violence, including those committing the crimes. Moore said the most important aspect of the project is to spur investment in efforts to change the crime culture in Milwaukee inner-city neighborhoods, because recognition of the problem doesn’t mean it’s being resolved.

“(Youth) need to learn what healthy manhood looks like,” Moore said, adding that younger people need help from friends and family members of older generations who step in as father figures.

MPD officer Ellis, who works in District 5 in the Harambee neighborhood, said her relationships with community members are contentious at best, and violent at worst. To combat distrust, she visits kids at school and walks the streets to make police officers look friendlier. She acknowledged that the relationship between people of color in inner-city neighborhoods and law enforcement officers is difficult, but she said it “comes down to trust and respect.”

“They think we’re out to get them,” Ellis said. “What we want to do is start building relationships and figure out where the disconnect is.”

Andre Lee Ellis suggested police officers have a “town hall” meeting with community members to sort through the issues. Officer Ellis supported the idea, saying that it would help humanize officers and help community members realize there aren’t many differences between them. They live in the same neighborhood and deal with the same everyday issues, only from two different sides of the same coin. “They don’t see us as being human beings,” she said. “With the open dialogue, they’re starting to see that we have family, we have kids.”

Andre Lee Ellis said the bottom line is community members should know and help each other. Through building healthy relationships that draw upon respect, trust and open communication, he said the city can work through its violence issues through nonviolent means. “If we know each other, we won’t be mean to each other.”