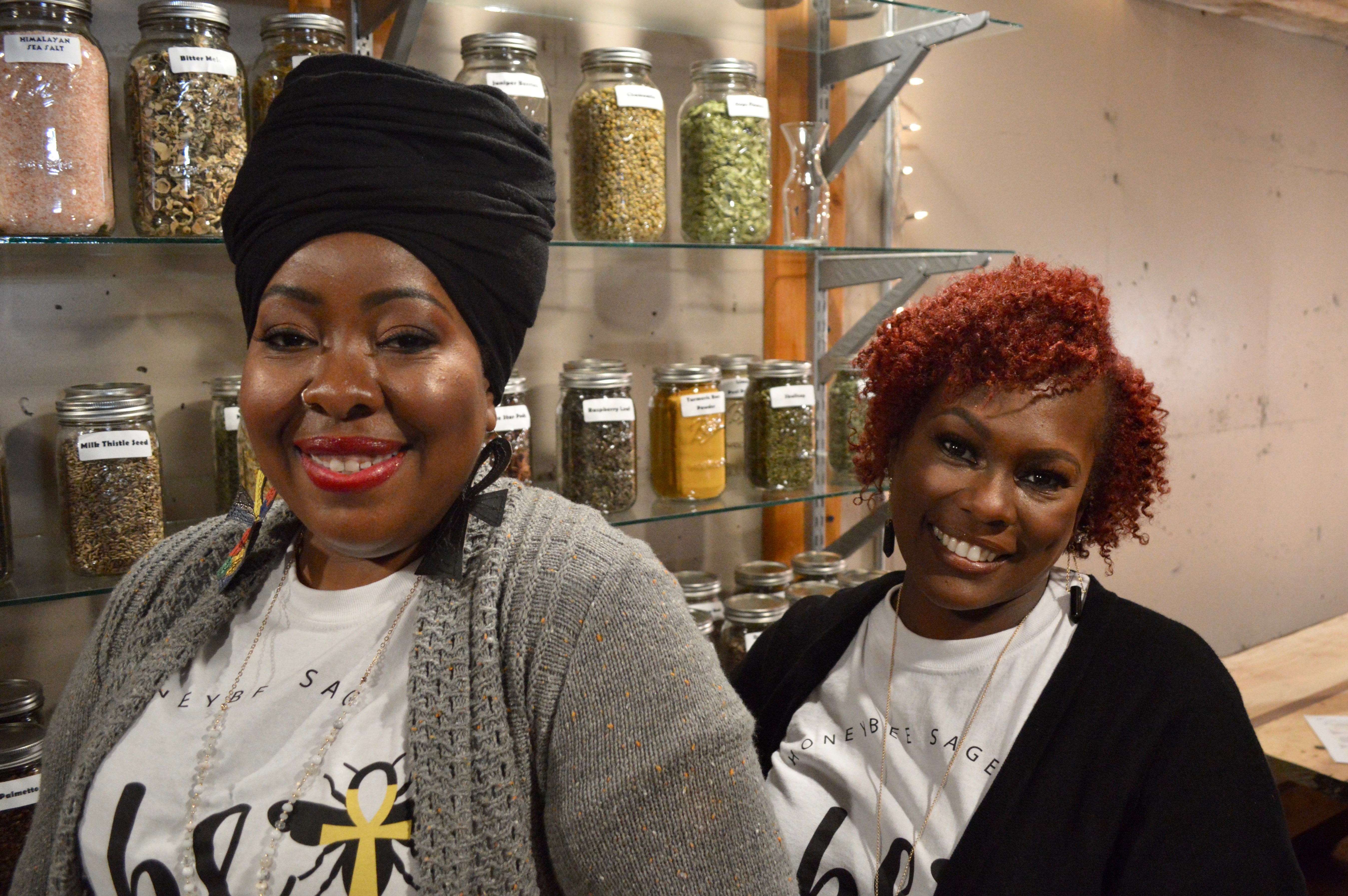 Milwaukeeans Angela Mallett and Meshika Stewart met when they were children through their church. Eventually, circumstances pulled them in different directions and by the time of the Sherman Park unrest following the police killing of Sylville K. Smith, neither Mallett nor Stewart was in the state. When they heard about what had happened, Mallett and Stewart recalled being heartbroken and shocked by the news.

Earlier this year, Mallett and Stewart partnered up, and together they co-own HoneyBee Sage Wellness & Apothecary. It is one of 29 businesses housed in the renovated building known as Sherman Phoenix at 3536 W. Fond du Lac Ave. Hundreds of people gathered recently at the Sherman Phoenix grand opening to celebrate a dream come to life.

Maintaining the structure of the building, which was formerly a BMO Harris bank branch, developers Juli Kaufmann and JoAnne Johnson-Sabir renovated the inside to accommodate a variety of businesses. HoneyBee Sage Wellness & Apothecary, for example, is located in what was previously the vault. It offers a variety of crystals, candles and herbal remedies.

Before returning to Milwaukee, Mallett worked in Tennessee as a massage therapist and Stewart was climbing the corporate ladder in Arkansas.

Realizing her talents were needed in Milwaukee, in October 2017 Mallett decided it was time to come home. In 2016, Stewart was employed at Walmart, after having worked for Ernst & Young and Johnson Controls.

“When I saw the riot, I felt like I left my city; like they needed people with a more positive mindset,” Stewart said. 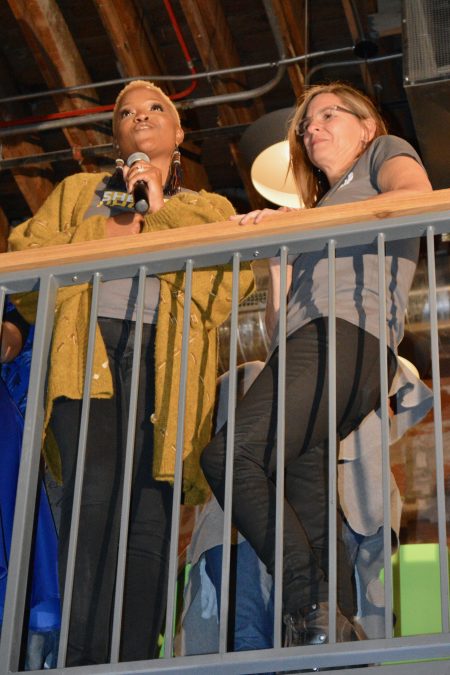 Akilah Adams, a local resident who attended the grand opening, grew up four blocks from Sherman Phoenix. As the violent protest began at the bank, Adams was driving past to pick up her daughter from her parents’ house near Sherman Park.

“It really was disheartening,” Adams said.

When she heard about Sherman Phoenix, she felt overjoyed. The various vendors are providing wellness and health to the community, she said, noting that tasty and healthy treats are available, as well as herbs and alternative treatments. These options are especially helpful to people who are susceptible to high blood pressure, diabetes and certain cancers, she added.

The businesses fall into one of three categories: health and wellness, food, and culture.

None Above, owned by Noel Alvarado, offers customized airbrush shoe designs for Milwaukee residents and professional athletes. Alvarado has been customizing shoes for about four years. His business gained traction through social media.

He first heard about Sherman Phoenix after he did a radio interview about the business. Maanaan Sabir listened to the interview and reached out to him about becoming a tenant. Sabir owns Shindig Coffee, another business in Sherman Phoenix, and is the husband of Johnson-Sabir.

Alvarado said part of the reason he decided to rent at Sherman Phoenix was the shared vision the tenants have: to bring Milwaukee together. Sherman Phoenix is shining a new light on Milwaukee, and it’s giving entrepreneurs an opportunity to succeed, he added.

Kaufmann said she hopes that Sherman Phoenix can set an example for the rest of Milwaukee. When community members come together, it can change the trajectory of disinvested neighborhoods, she said.

“Creating spaces for all of us takes belief, patience and persistence, and support will need to keep coming to encourage entrepreneurial success,” Kaufmann said.

“This is our Milwaukee,” Barrett said.

Sherman Phoenix was possible because people believed in individuals, the community and the city, he added.

“To be able to bring this to fruition on behalf of my community is an ultimate gift,” she said.