You are here: Home / Home / Carousel / Community members look to new county sheriff to bring change to Milwaukee
Share this... 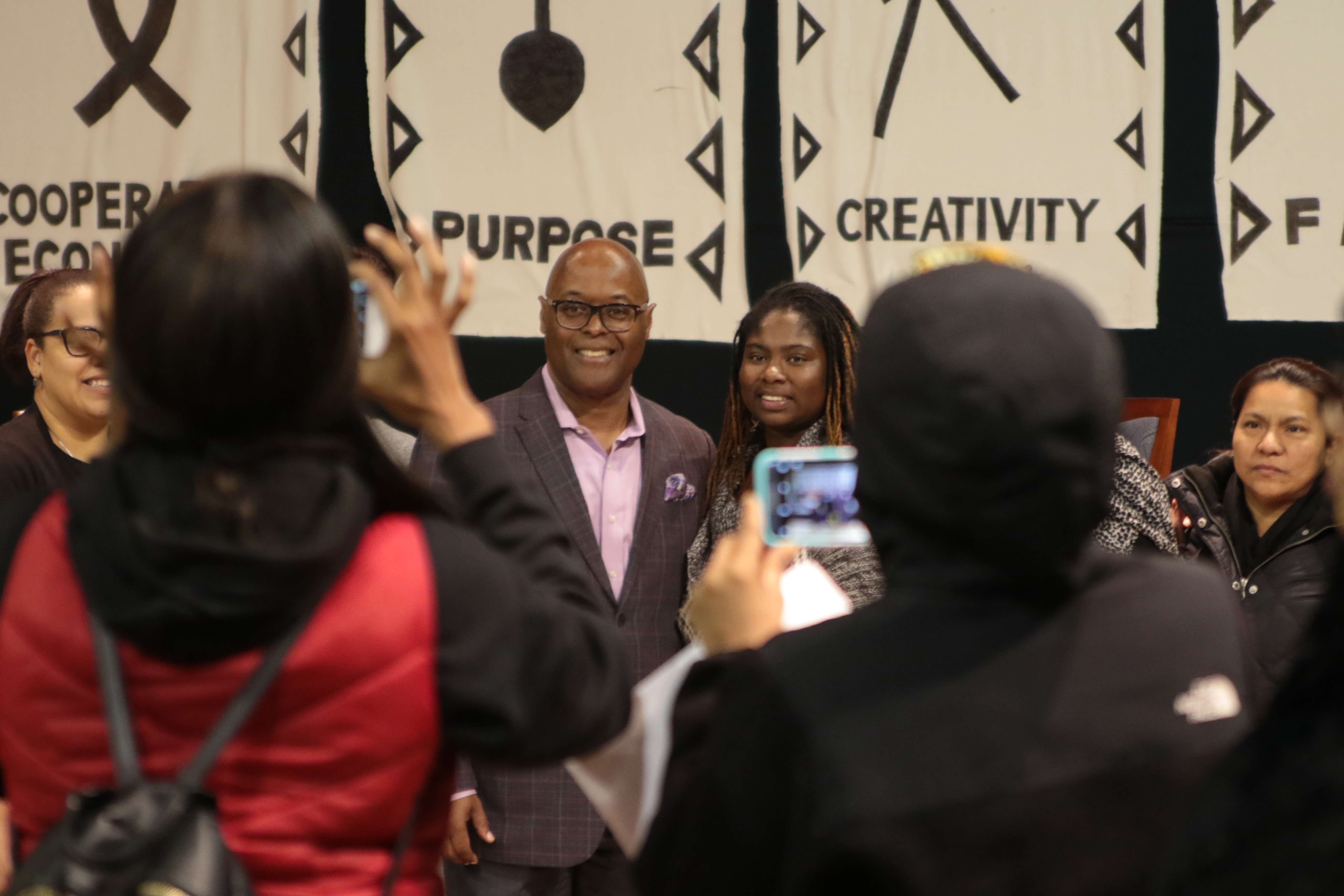 Sheriff-elect Earnell Lucas poses with attendees at a community discussion he organized. (Photo by Max Nawara)

Following Milwaukee County Sheriff David Clarke’s resignation in 2017, Gov. Scott Walker decided against appointing a new sheriff, leaving the choice up to the voters. After a victory at the polls in November, Sheriff-elect Earnell Lucas — who will take office on Jan.7 — has vowed to be the “people’s sheriff.”

Some constituents are urging him to spend more time in the community.

In November, Lucas invited Milwaukee County residents to the Wisconsin Black Historical Society, 2620 W. Center St., for a community discussion about his plans for the Sheriff’s Office. At the event, residents shared their concerns and offered suggestions to the sheriff-elect. Although dozens of residents turned out, some said they are worried that this kind of event doesn’t reach the right people.

Danielle McClendon-Williams, the safety chair of resident-run Amani United Neighborhood Association, has dealt with a great deal of crime in her life: her mother and uncle were shot by home invaders and her children were mistreated by Milwaukee police officers after a minor stop for a broken tail light. She said that Lucas needs to get into the community to hear stories like her own.

“We’re basically preaching to the choir,” she said. “It’s always the same people (at these events) and never anyone from the community.”

Harrison Kern, an ex-MPD officer who previously worked with the sheriff-elect, said he thinks Lucas is a “great guy” with great ideas, but he agreed that the Sheriff’s Office needs to be more community oriented. 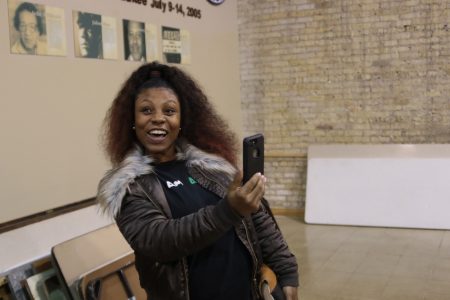 “It’s good any time the community follows up after an election, but it would’ve been nice to see three times the turnout and see more diversity,” said Kern. “If people are truly concerned about the push for change, they would be more constant and aggressive at events like this.”

Most of the attendees were from various Milwaukee community organizations. No residents from the surrounding neighborhoods, Amani and Metcalfe Park, was there to offer input.

Britney Roberson, project coordinator of the Amani Byrne Initiative at the Dominican Center, said that she would like to see a greater presence from the sheriff’s office in the neighborhood.

In the two-year period she’s worked in Amani she hasn’t seen any officers from the sheriff’s department.

She added that she would like to see sheriff’s deputies at Moody Park. “Over this past summer is where we wanted to see them, and we hadn’t really seen them in the park.”

She noted that after Clarke left office and Interim Sheriff Richard Schmidt took over, she started to see things moving in the right direction. Now, she has suggestions for Lucas.

“Moving forward, my hopes with the new sheriff is that he is able to leverage his resources a little bit better,” Roberson said. “That way we will be able to see more [sheriff’s deputies] in parks all across the city.”

She also added that she hopes to see representatives from the sheriff’s department at community meetings to make sure residents’ needs are being heard.

“With Clarke you saw nobody from the sheriff’s department,” she said. “[Schmidt] brought back the community engagement office. … We started seeing those sheriffs. Moving forward, I would hope that the incoming sheriff would do the same thing, but I also hope he puts some focus on the county parks.”

According to Lucas, Clarke “divided wedges” in the community through hateful tactics and negligence. McClendon-Williams said that Lucas has work to do to fix community relations after such a divisive sheriff.

“We need change,” she said. “I’m done judging who’s good or who’s bad. We just need change. We need new blood in there and we need the right blood.”

She had suggestions on how Lucas’s office could be the change the community wants to see.

“They need to make it easier to talk to citizens,” McClendon-Williams said. “If you take an event like this to the street you’ll hear from more members of Milwaukee’s communities.” She also suggested that Lucas walk around neighborhoods and wait outside of high schools to hear from and familiarize himself with Milwaukee’s youth.

Lucas said that he’s committed to spending time in classrooms throughout the city of Milwaukee, “whether it be public school — which I am a product of — or any of our other schools, so that young people can look and say, ‘I’ve met Mr. Lucas. I’ve heard his story … he is here trying to help us get our lives on a track to do great things,’” he said.

Lucas added that his transition team comprised many young people and he values their opinions and the opinions of other youth very highly.

“I truly believe that the children are our future,” he said. “We’ve got to teach them well and let them lead the way.”

Lucas said he’s excited to take on the role of Milwaukee County Sheriff and is ready to make changes.

“What [change] would look like to me is fair treatment of all people as humans,” McClendon-Williams said, emphasizing that Lucas needs to get involved with people from all walks of life.

Lucas insisted that he is committed to Milwaukee as a whole.

“We’ve got to come together and determine that we have to do what’s in the best interest of this community,” he said. “That’s how we’re going to solve the problems that we face.”