You are here: Home / Home / Carousel / Muslim nonprofit opens center for youth on North Side
Share this... 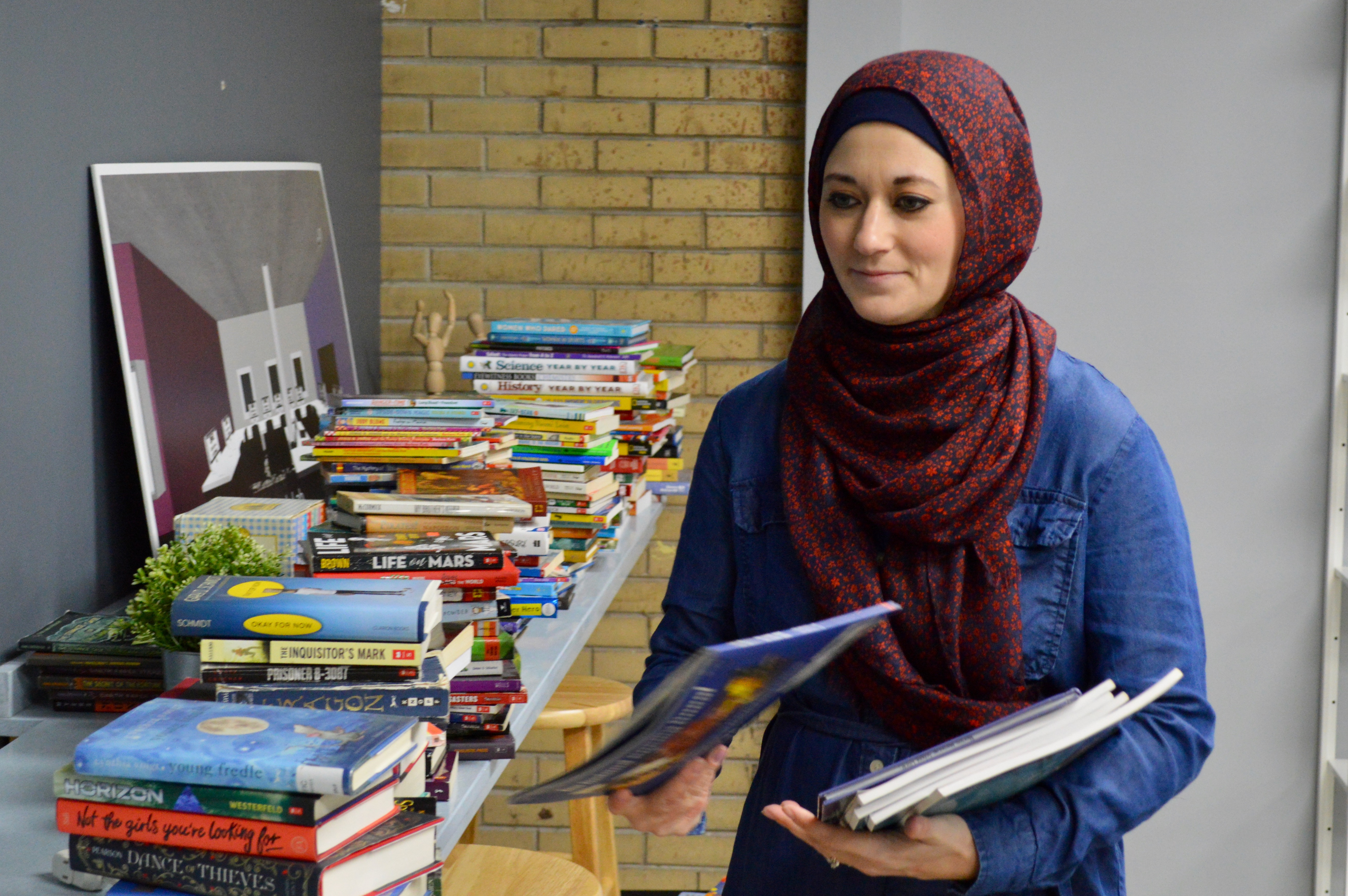 For years, an ACE hardware store sat on the corner of 2110 W. Hampton in the Lincoln Park neighborhood. When the owner looked to sell the building in 2017, proposals began flowing in.

The problem was that all the proposals were for liquor stores or convenience stores that sold liquor, said Alderman Ashanti Hamilton, who represents the 1st District.

Neighborhood residents told the alderman that they did not want an establishment that sells alcohol. Eventually, Hamilton approved the proposal from Ma’ruf, a nonprofit Muslim organization, to open a youth center.

Ma’ruf opened its first chapter in Milwaukee in 2009. Several years ago, Ma’ruf decided to shift its focus to improving impoverished neighborhoods. As part of this effort, members planted the Barakah Gardens near 6th Street and Layton Avenue, assisted refugees and cleaned up neighborhood streets.

Organizers then decided they wanted to open a youth center where children could go after school to do their homework or take a class on STEM topics such as coding.

Elhadji Ba, Ma’ruf vice president and executive director, said the youth center’s primary goal is to keep children off the streets and out of trouble. They chose the location because they wanted it to be easily accessible for MPS students.

After acquiring the building, Ma’ruf restructured the space and outfitted it with new floors, ceiling tiles and a paint job.

“It took us about a year,” said Ba. “A lot of our members had to do the work themselves because we needed ways to save money.”

The construction ended in November 2018, and while the doors opened in December for an open house and orientation for new members, Ma’ruf waited until this month to start the after-school programming. 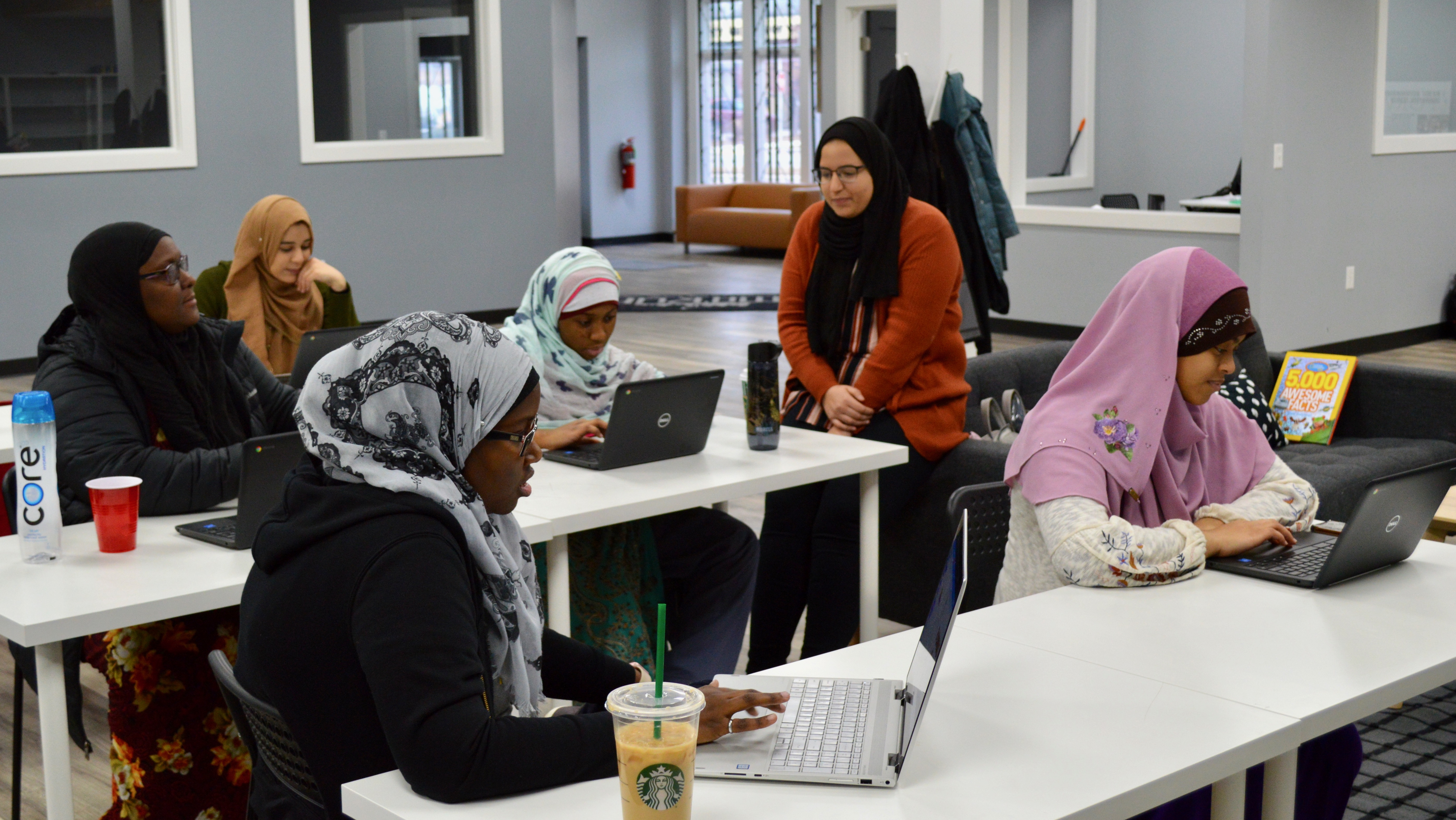 Rayann Jaber teaches volunteers how to code in preparation for the start of the Girls Who Code program. (Photo by Ana Martinez-Ortiz)

During the reconstruction process, Ma’ruf members made a point to visit businesses in the neighborhood. Ba said they walked door to door to explain their plans to shop owners and neighbors, and ask for their input.

A lot of residents were on board, but they wanted to make sure the center would be a fun place for children as well as an educational one, Ba said.

“We’re doing this as an exercise of our faith,” Ba said. He added that helping others benefits the community as a whole.

Anyone can join Ma’ruf either as a volunteer or after-school participant. According to Ba, a majority of the children in the after-school program are African-American. Volunteers come from all over Milwaukee.

Ma’ruf has a pool table, board games and a gym, and children also can receive tutoring and take STEM-based classes. Ba said the organization is planning to grow a garden this summer either on the roof or on a vacant plot of land next door.

Ayah Ali, a Marquette graduate with a degree in information technology, will be leading the Girls Who Code program at Ma’ruf. Girls Who Code is a national organization with chapters across the country. Ali explained that the girls don’t need any coding experience. Volunteers with varying degrees of experience in the tech field have offered their services.

“We’re really hoping just to increase the number of women – younger minority women – who will potentially have more of an interest in technology,” said Ali.

Ali said that most of Ma’ruf’s members are working individuals who still find time to volunteer and help improve the community.

Isabel Rodriguez, whose sons participate in activities at the center, said it is essential for young people because it is a place where they can receive encouragement and hope. Through Ma’ruf they can learn the importance of respect and education, she added. Rodriguez learned about the youth center when her husband Angel, an HVAC contractor, worked on renovating it. They live a few blocks away from the center.

“I think it’s going to help me a lot, because after school sometimes I’ll come here and do my homework, and if I need to I’ll have tutors who help me,” said Noel. sAngel Jr. said he’s excited to have place where he can be productive and safe.