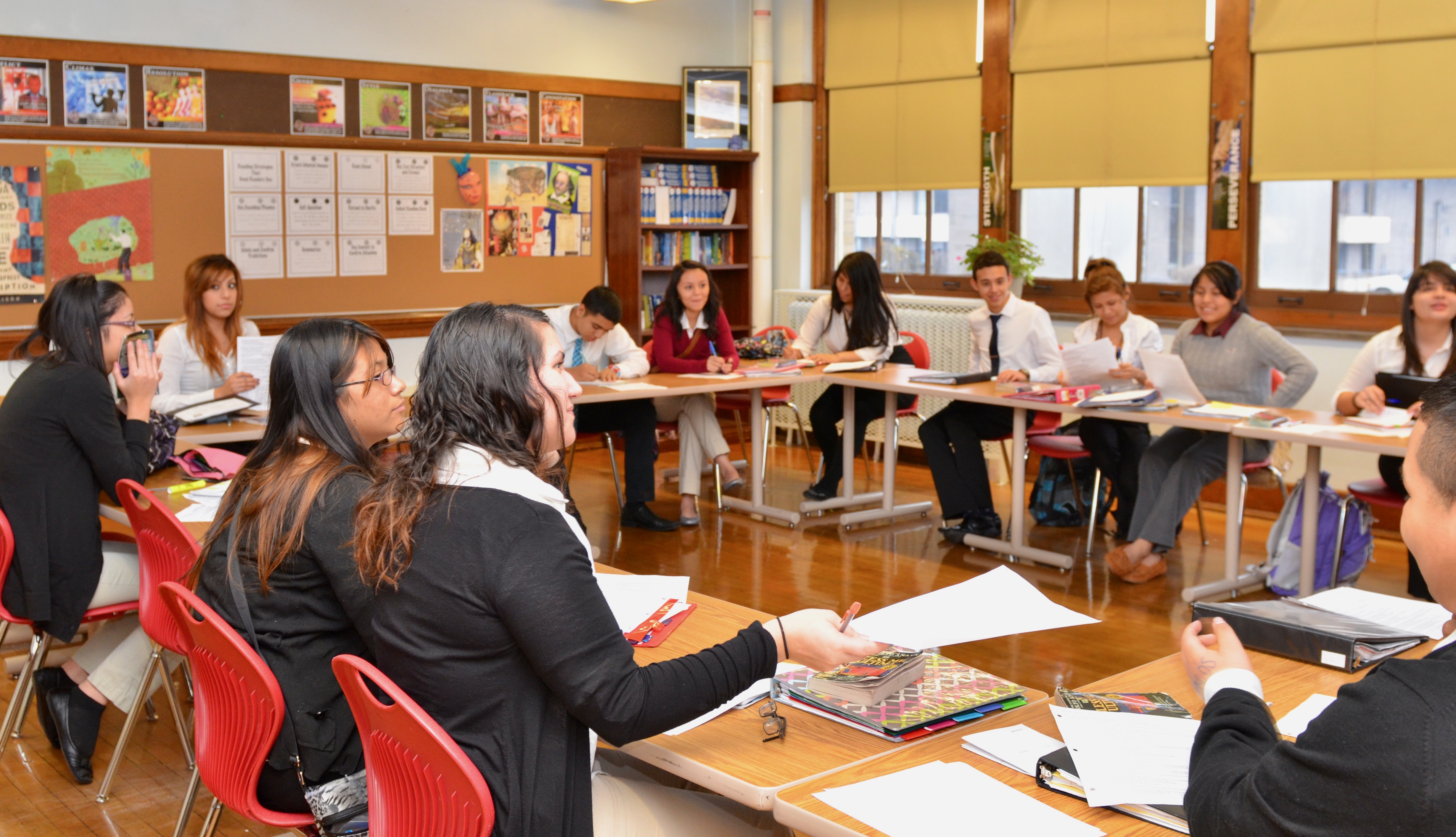 The curriculum on the government’s role in segregation will be designed for middle and high schools students such as these at Carmen High School of Science and Technology South Campus. (Photo by Sue Vliet)

When organizers invited author Richard Rothstein to Milwaukee to speak about his book, “The Color of Law: A Forgotten History of How Our Government Segregated America,” they hoped that the presentation would lead to action. At the conclusion of the October event, they asked attendees to vote on which of 13 proposals they would like to see implemented.

The 183 attendees who responded voted overwhelmingly for creating a curriculum to teach middle and high school-age children the history that Rothstein laid out, said Kori Schneider-Peragine of the Metropolitan Milwaukee Fair Housing Council, which sponsored Rothstein’s appearance along with LISC Milwaukee, AFT Local 212 and MATC.

Some other potential actions listed on the ballot (in order of votes received) included: an exclusionary zoning ban; inclusionary zoning; and creating affordable housing units with the development of market–rate units.

Schneider-Peragine noted that almost everyone who voted said they were willing to work on some of these initiatives.

Three people, all of whom are white, contacted Schneider-Peragine to volunteer to lead the effort to create a school curriculum that teaches the history of deliberate segregation.

Glendale resident Heidi Erstad said she has worked in education for more than 30 years as a teacher, curriculum director and consultant. 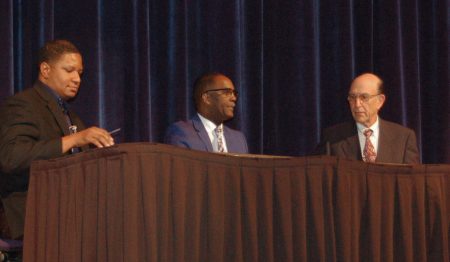 Erstad, together with volunteers Steve Miner, assessment commissioner of the City of Milwaukee, and Steve Schaffer, an archivist at the Milwaukee County Historical Society, are still in the early stages of the project, Erstad said.

They have just begun to define “the scope and shape of (the curriculum) so that we can more clearly describe it” when others who signed up to work on this initiative join in, Erstad said. They are investigating what materials are available to help them localize ‘The Color of Law” in an engaging way for middle and high school students, she said.

Among their early efforts are preliminary discussions with people who have primary resources or deep knowledge of the history of segregated housing in Milwaukee, according to Erstad. Those include Reggie Jackson, head griot at America’s Black Holocaust Museum and librarians from Milwaukee Public Library.

Erstad, Miner and Schaffer are also investigating instructional frameworks, such as Teaching Tolerance’s “Teaching Hard History: American Slavery,” that might be useful in designing teaching materials. Teaching Tolerance is a project of the Southern Poverty Law Center whose mission is to prevent the growth of hate. It develops materials for educators and offers educator grants.

Erstad said she volunteered to work on the project because she feels she needs to help make amends for hypocrisy and omissions in the way the country’s racialized history is taught. “I’m … disturbed by my own complicity in furthering half-truths and mistruths as an educator and throughout the majority of my adulthood,” Erstad said.

“This book, in particular, revealed the active role of government, across all levels, in creating enormous economic benefits for its white citizens on the backs of its black citizens,” she said.

Schaffer said he has always been interested in race in the U.S. but, like many Northerners, he thought racial segregation was only practiced in the South. After forming a group of archivists to participate in the “community-wide book read” of “The Color of Law,” he realized his mistake.

“Rothstein’s book is a real slap in the face for people like me,” who believed Milwaukee was different, Schaffer said.

He plans to research pertinent documents and other resources at the Historical Society and, with Erstad and Miner, figure out how to incorporate them in school curricula.

Schaffer also said he is particularly interested in making the Historical Society more relevant to all Milwaukeeans. Rather than engaging only those who want to look back on the city’s history nostalgically, he hopes to show “some of the hard history” and engage minority residents who also have a history in Milwaukee.

Rothstein has continued to be involved in the response to his book and his presentation in Milwaukee, checking in and connecting volunteers to people working on related initiatives in other cities, Schneider-Peragine added.

The Milwaukee Metropolitan Fair Housing Council has no staff or funding to pursue follow-up initiatives to “The Color of Law” event, according to Schneider-Peragine. However, she said the staff decided that “when you have people motivated and ready to be engaged … it’s a really beautiful thing” and they want to cultivate that to the extent that they can.