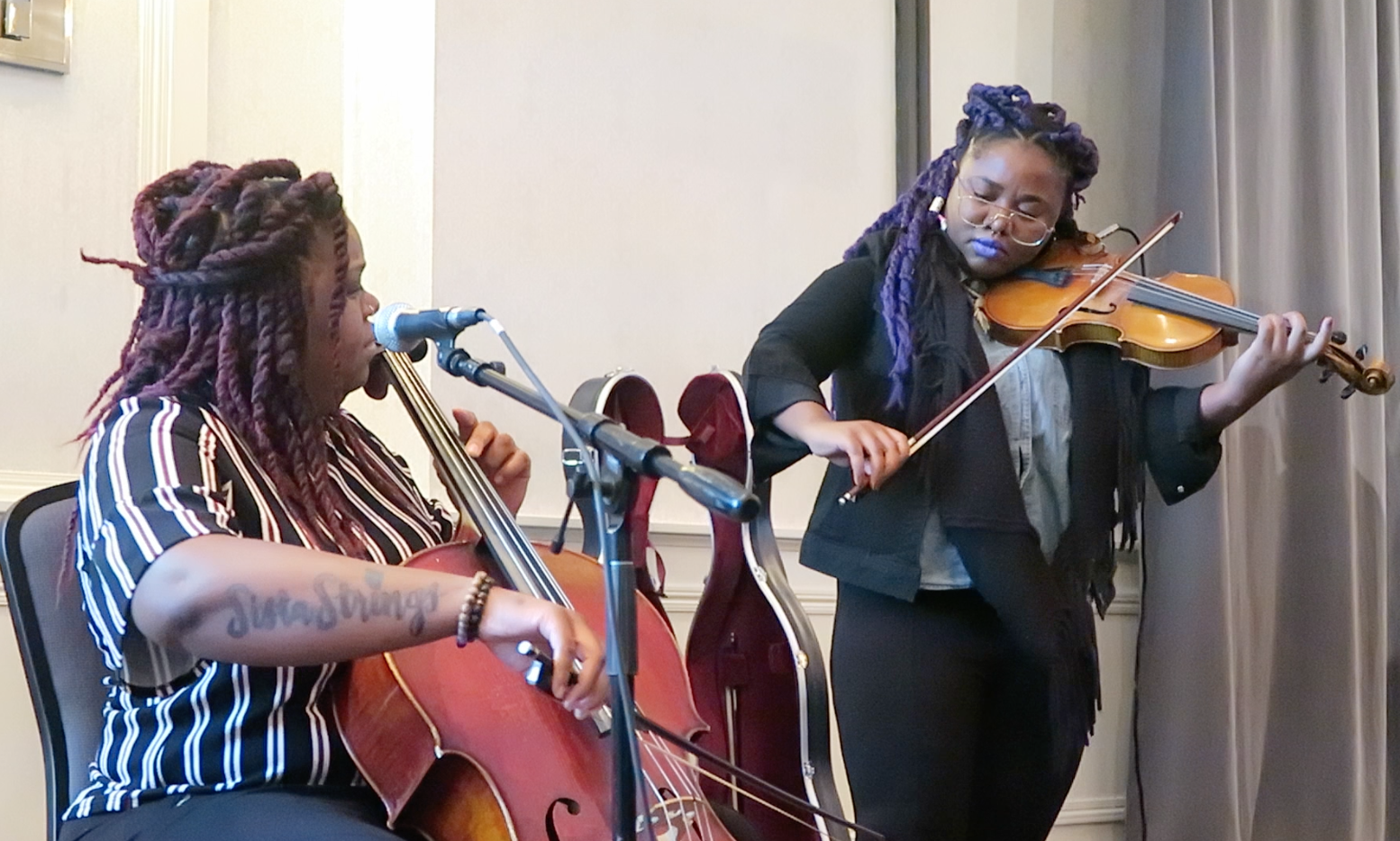 Live music, award presentations and spoken-word performances were all a part of the 22nd annual Dr. Martin Luther King Jr. celebration breakfast sponsored by the YMCA of Metropolitan Milwaukee.

The event’s theme was based on a quote from King: “I have decided to stick with love. Hate is too great a burden to bear.”

Emcees Judge Derek Mosley and Mary Panzer, president of Panzer Consulting, said they were proud that Milwaukee sees MLK Day as an “on day” instead of an “off day.”

“When we work together in unison, we move our communities, our neighborhoods and ourselves to a better place,” said Chief Judge Maxine White of Wisconsin’s 1st Judicial District. 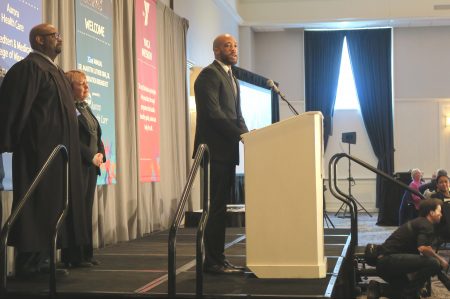 Lt. Gov. Mandela Barnes speaks to guests about how Milwaukee can improve opportunities for young African-Americans. (Photo by Cynthia Crawford)

“Today we are all here in Dr. King’s spirit,” said White. “We must work together to grow our strong community and make it stronger.”

Barrett, Abele and other speakers reflected on King’s legacy. They called for change and progress toward a more inclusive Milwaukee.

“Wisconsin has a lot of statistics and numbers and outcomes that we shouldn’t be proud of,” Abele said.

“Dr. King reiterated that the most effective way to make change is to lead with love.”

Tyrone Morris, 12, told the audience, “We must prove our love to each other through our actions and words. We must prove our commitment through peace and justice and the way that we serve.”

Barnes, the first African-American lieutenant governor in Wisconsin, spoke about King’s fight against segregation. Milwaukee is often cited as one of the most segregated cities in the United States.

“We want to change not only what is possible, but what is expected here in the city of Milwaukee,” said Barnes.

Ronald Perez, interim dean of the UWM Joseph J. Zilber School of Public Health at the University of Wisconsin-Milwaukee, accepted the “Healthy Living” award given by GE Healthcare. Reggie Moore, director of the Milwaukee Health Department Office of Violence Prevention, accepted an award for social responsibility from Potawatomi Hotel & Casino.

“After we leave here we set off and do projects in the city to make this a better place for everyone who lives here — what Dr. King would want us to do,” Mosley said as the event ended.