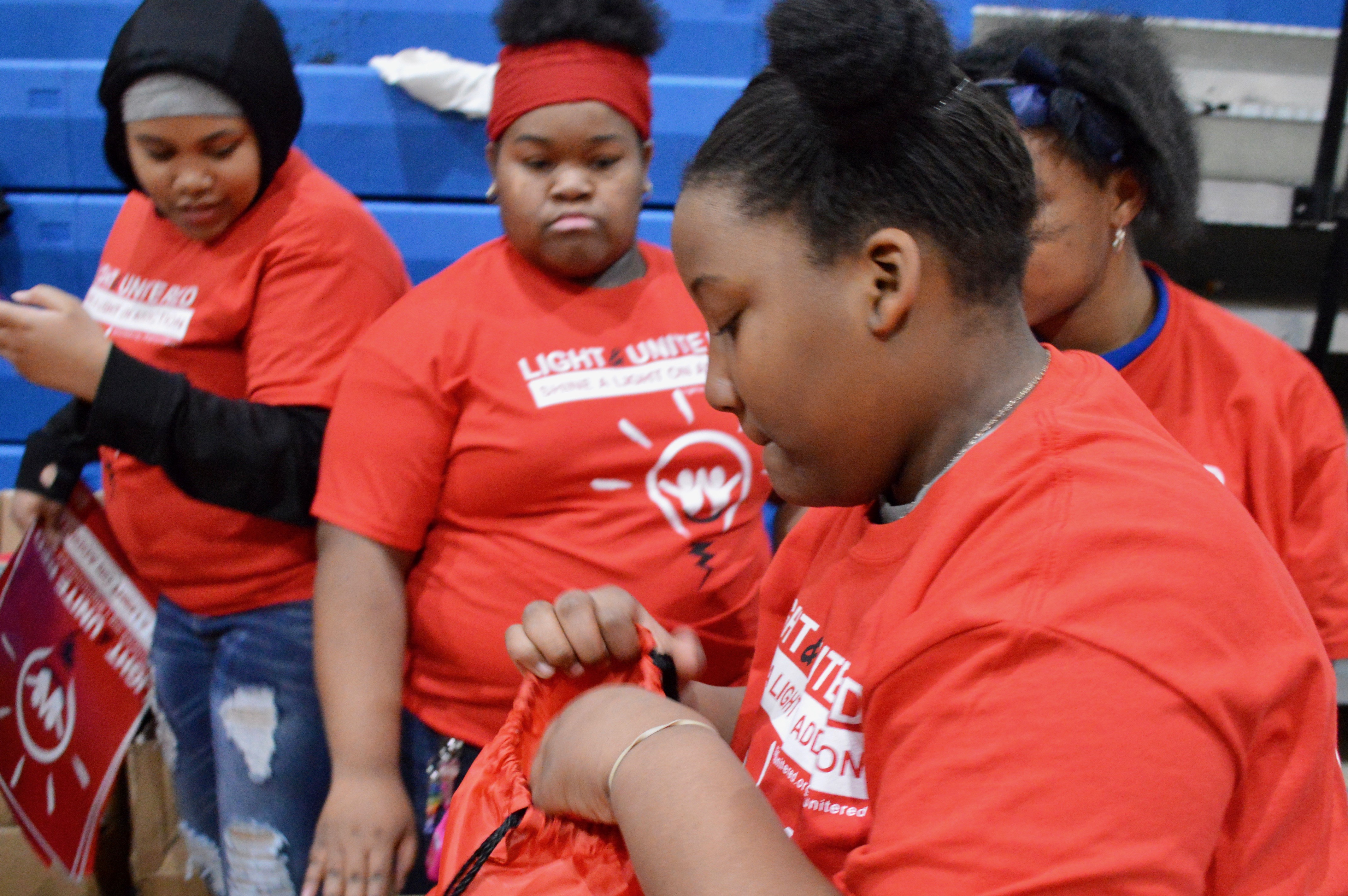 A few weeks ago, Mary Ousley, 15, decided to join Light & Unite Red, an annual campaign to reduce and prevent substance abuse started by Milwaukee County’s Behavioral Health Division. Her involvement was in part due to her mother, who used to smoke marijuana, but has now been clean for eight years.

“If my mom can do it, I know other people can do it,” said Mary, a student at Bradley Tech High School.

The campaign focuses on educating people on the dangers of substance abuse while also connecting them with treatment and preventive options. BHD aims its efforts at youth since addiction often starts young. This year, BHD recruited youths such as Mary to advocate against substance abuse among their peers.

Almost every aspect of the program was designed to “shatter the myth” about substance use, according to BHD prevention coordinator Nzinga Khalid, who chairs the Light & United Red committee. The committee focuses on all dangerous substances. The Milwaukee County Substance Abuse Prevention coalition focuses on preventing and reducing marijuana use among teens and reducing prescription drug overdoses. Other groups target alcohol use or synthetic marijuana such as K2 and Spice. 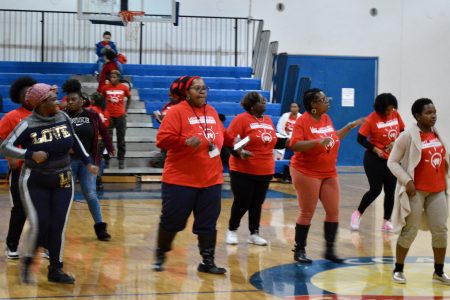 Nzinga Khalid (center) and her co-workers hit the dance floor for health and wellness. (Photo by Ana Martinez-Ortiz)

“It’s all about getting that information in the hands of the kids and families,” said Khalid.

The teenage ambassadors, such as Mary, also posted on social media. When they joined the team, the ambassadors researched particular topics based on what they are seeing in their community. For example, if they are concerned about alcohol abuse, their research and posts targeted that issue.

Mary focused on drugs such as marijuana and heroin. She talked to her friends and family, specifically her younger brother, about how substance use affects brain development. Not everybody appreciated her posts, she said, adding that teens don’t always care.

“I can’t control anyone’s opinion on what they think narcotics and drugs can do to them, because that’s not me,” Mary said. “But I can try to help.”

Charles Clark, 16, said he hasn’t noticed substance abuse problems among his peers. The Washington High School student has been coming to COA since he was a child. He attends most of the events COA hosts.

A lot of people may not recognize substance abuse because it’s changed so much, according to Dylan Keller, a business development associate at Starting Point, an agency that teaches schools and families about substance abuse prevention.

“Five years ago, we beat tobacco,” Keller said. “It felt like it was just not in high schools anymore, and then came along these vape pens and JUULs.”

Keller was formerly a high school teacher at West Allis Central High School, but he joined Starting Point a year ago after realizing how much substance abuse has increased. He wanted to educate people, especially teachers, on how to recognize tobacco, drug and alcohol use.

Teachers don’t even know what to look for anymore because vape pens look like actual pens, Keller said. He added that people are often misinformed about the amount of tobacco in an e-cigarette pod. One JUUL pod has the same amount of tobacco as a pack of cigarettes, Keller noted.

Opioid addiction can also start at a young age. When a student-athlete is injured he or she may be prescribed pain medication, which can lead to dependence. However, Keller noted that substance abuse can decrease.

Khalid said BHD conducts prevention and education efforts all year. Some of its events include Prevention Week in May, which is also Mental Health Awareness Month, and Recovery Month, which is in September.