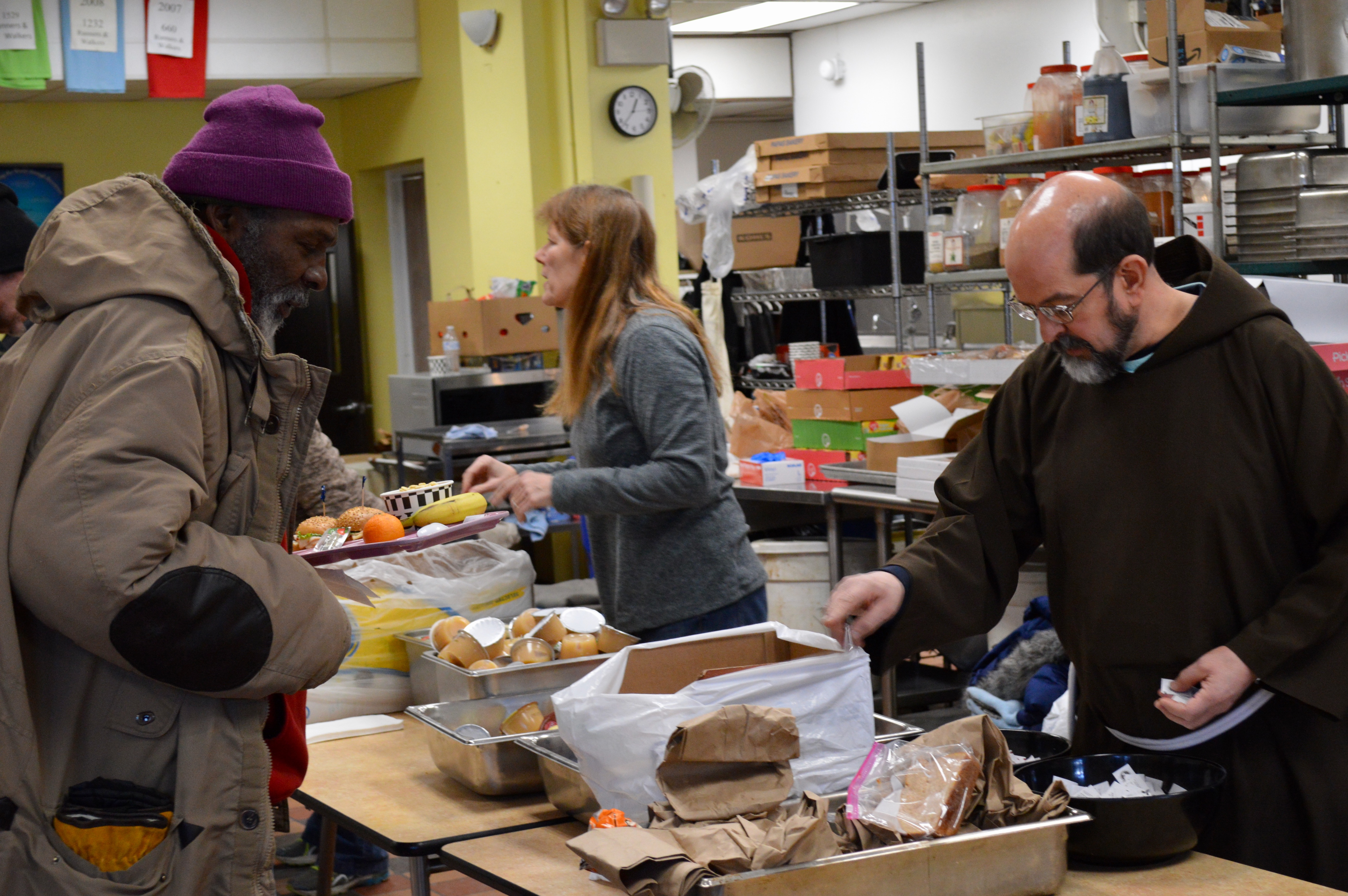 For the past three years, James Bredmore, 30, has eaten his meals at St. Ben’s Community Meal program, run by the Franciscan Capuchin Friars at St. Benedict the Moor Catholic Church. While Bredmore, who is homeless, typically comes for food, this past week he’s been staying in the program’s warming room.

On Wednesday and Thursday, temperatures reached a record low when Winter Storm Jayden settled in Milwaukee. City officials advised against going outside, which posed a challenge for the 900-plus people living on the streets.

St. Ben’s opened a warming room a year ago and is used when temperatures reach 10 degrees or colder. Due to the extreme cold, St. Ben’s expanded its hours of service to 24 hours a day until noon Friday, Feb. 1.

Brother Rob Roemer, the ministry director, said last year the most people St. Ben’s served in a single day in the warming center was 67. On Tuesday, that number reached 103. Roemer said the project has worked well so far, with men sleeping in the cafeteria area and women sleeping in the new warming area.

“We thought our capacity was 80, but we don’t want to turn people away,” he said. “We have people sleeping in corners, nooks and crannies.”

Roemer said WE Energies and United Way recently donated $100,000 to help fund shelters and warming spaces as part of the Continuum of Care campaign. St. Ben’s received $18,000, which will help fund the staff and keep the space open an additional 30 days. The funds also will allow St. Ben’s to open its warming room even when temperatures hit 20 degrees. 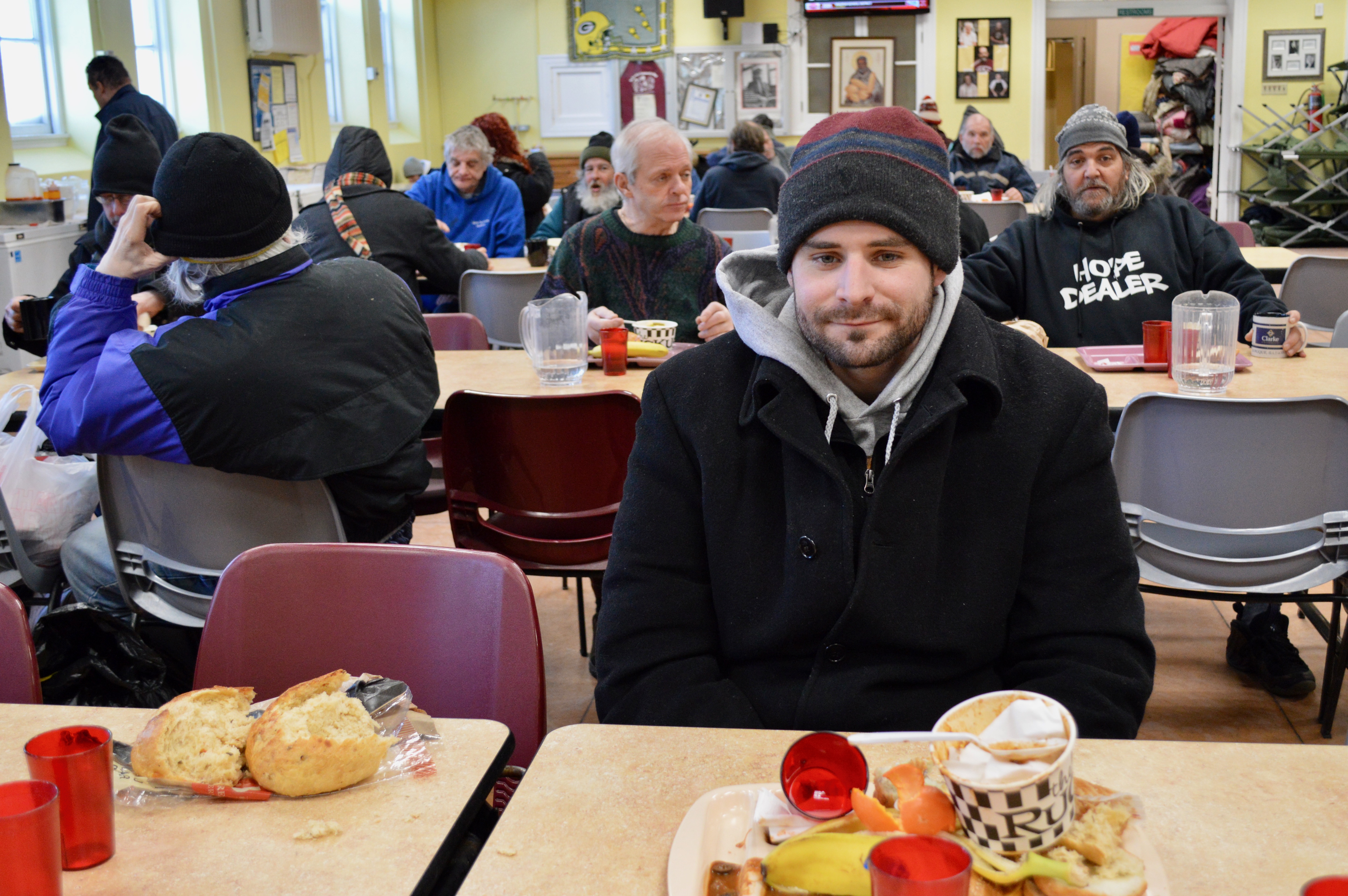 On Tuesday, Roemer put out a call for donations on Facebook in light of the decision to stay open 24 hours. “Due to unforeseen circumstances Capuchin Community Services St. Ben’s Warming Shelter doesn’t have breakfast or lunch tomorrow for over 100 guests. Please consider donating oatmeal, cereal, donuts, soup and sandwiches.”

The response was so great that St. Ben’s was flooded with donations.

“We’ve been overwhelmed by the response of the community,” Roemer said, adding that surplus donations have been shared with other shelters and warming rooms, such as House of Peace.

“The reality is that those shelters fill up fast in times like this,” said Jeanne Geraci, executive director of the Benedict Center.

The Benedict Center runs the Sisters program, which helps homeless women who work in the sex trade. At most, the program typically sleeps six to eight women a night. On Monday night, 10 women slept at the shelter, Geraci said. No one was turned away this week, although beds may not have been available for everyone.

Like St. Ben’s, the Benedict Center also expanded its hours of operations during the day. However, Geraci said it’s been a struggle to remain open, especially since the center hasn’t reached its funding goal.

“It’s always hard to say ‘we’ve reached our capacity’ or to say ‘it’s Saturday morning and we don’t have enough funding to stay open,’” Geraci said. Despite its limited resources, Geraci said the center is making it work, by hiring temporary employees and asking for donations.

According to Roemer, most people walk to St. Ben’s, but in the past few days, some have been dropped off. Police officers, volunteer drivers and employees of Street Angels, a homeless outreach program, have been diligent about picking people up off the streets and bringing them to safety.

People also can call 2-1-1 for help finding shelter. Emily Kenney, a coordinated entry program director at IMPACT 2-1-1, explained that people can learn which shelter is closest to them and even get a ride there. The service runs year-round and 24/7, she said.

On Wednesday IMPACT 2-1-1 and United Way announced a partnership with Lyft to provide free rides to warming centers, with the offer code WIJAYDEN19. The cost can’t exceed $25.

“Now that it’s this cold, people are taking us up on rides; otherwise they usually figure out a way,” Kenney said.

Darnell Hudson, 30, has been staying at St. Ben’s for the past week. He walked to the warming room when temperatures started to drop. He vouched for Street Angels, but said a lot of homeless people are wary of going with the police.

Temperatures in Milwaukee are expected to rise to a high of 19 degrees on Friday and 36 on Saturday, according to the National Weather Service.