You are here: Home / Home / Carousel / New editor vows to ‘proceed until apprehended’
Share this... 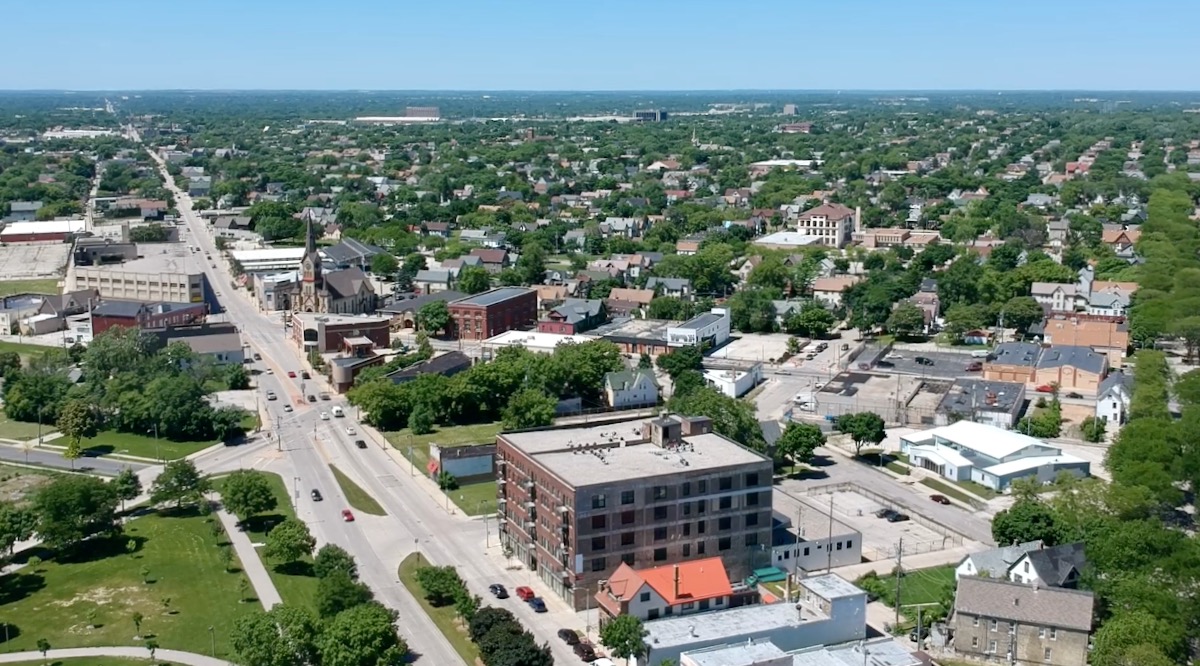 After leaving the city for two years to work at USA TODAY, Ron Smith has returned to help lead the Milwaukee Neighborhood News Service. “We want to tell stories about communities that have long been overlooked but have much to say and step up our watchdog reporting.” (Photo by Wes Tank)

Her name was Ann Christine Heintz — Sister Ann if she needed a favor.

And she did not suffer fools.

On this day, she was showing no love to my 16-year-old self.

“What is this crap?” she asked, glaring at me with disbelief and not trying to mask her indignation.

I had committed a mortal sin as a young reporter for New Expression, then a citywide teen publication written by and for Chicago youth that reached 120,000 readers monthly.

Ann wanted me to write a story about Chicago Public School teachers going on strike. Instead, I gave her a fawning story about Mayor Harold Washington, the city’s first black mayor.

“Why would you ask him how it feels to be the first black mayor? He’s been in office for two years.”

She rolled her eyes. I slunk further in my chair across from her, hoping to escape more of her vitriol as everyone in the newsroom listened.

Ann expected the best from her young charges, and diplomacy was not one of the tools she favored. She was direct. To a fault. She did not care about your feelings. She only cared about the readers.

Still, I was not prepared for what would happen next.

She ordered me to find the mayor and get her questions answered.

I, however, took the train home from her downtown office and never came back.

At least for a day.

Until one Friday night, the mayor called me back. I got the story, and I also learned a valuable lesson: Persistence pays.

If I could get the mayor to return a call from a teenager who had never even ventured downtown by himself before that assignment, then there was nothing I couldn’t do if I set my mind to it.

A journalist was born.

And that journalist still exists today.

I’ve had the honor of working in some of the nation’s best newsrooms: USA TODAY; my beloved Journal Sentinel, where I served as deputy managing editor; The Oregonian in Portland; Newsday; and the Los Angeles Times.

Along the way, I’ve edited several Pulitzer Prizes. But nothing gives me more satisfaction than to be able to lead the Milwaukee Neighborhood News Service. I care much about this city, and I believe in the power of the press not only to inform but to transform.

The key word in our name is “service.” We exist to serve communities that often get overlooked – until something bad happens.

My goal for NNS is to celebrate and to illuminate. We want to be a place of positivity, where everybody is somebody, where everyone gets her story told. We will chronicle the many good things that are happening.

At the same time, expect us to become more hard-hitting. We will become an aggressive watchdog and write about issues that are important to you.

We need your help. Engage with us. This is YOUR news service.

I believe there is nothing we can’t do if we set our minds to it.

And I plan to proceed until apprehended.