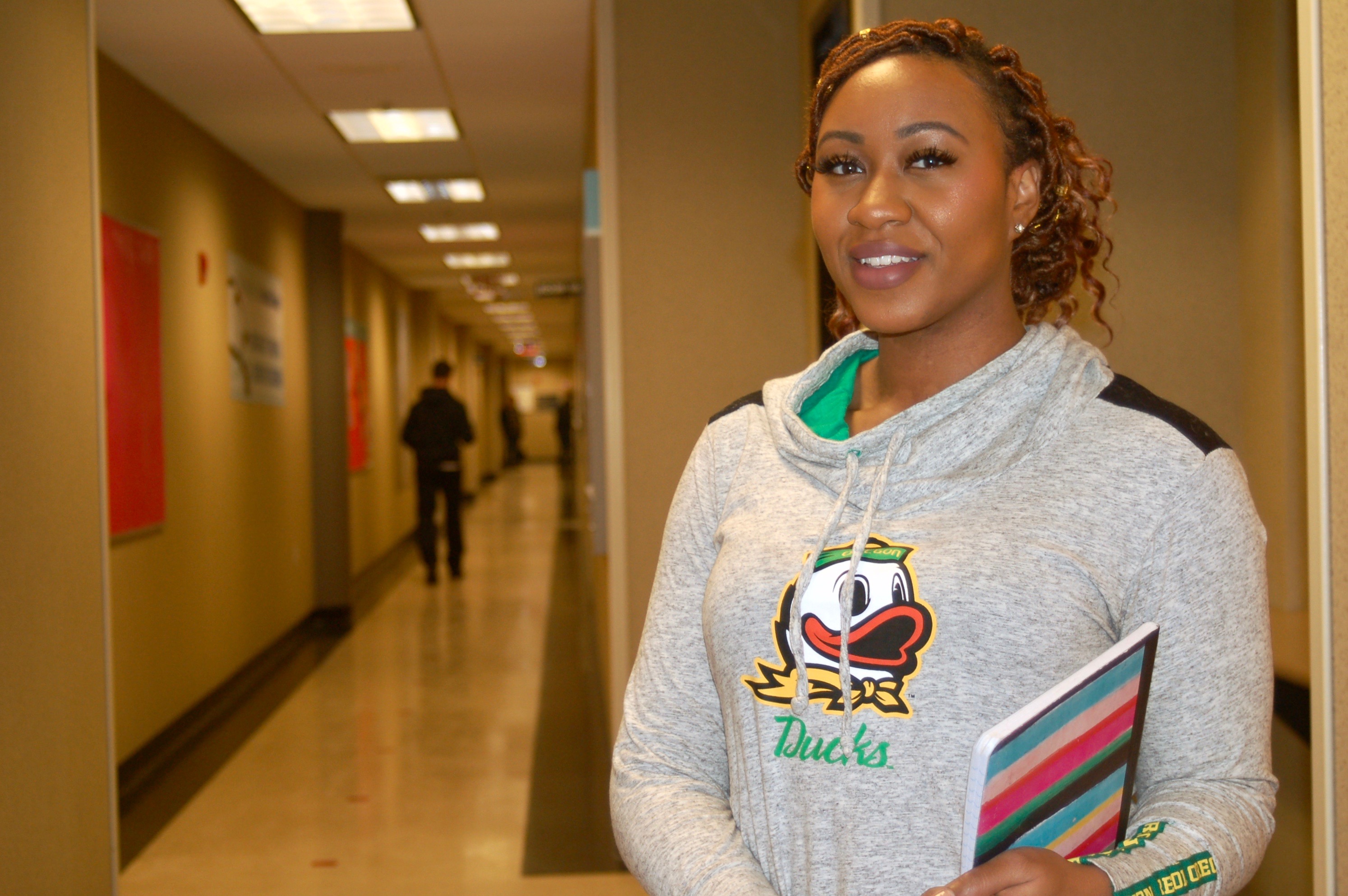 Carissa Peters, 27, is an adult Promise student at MATC. She is grateful for the program, which provides free tuition. Before she was accepted, she “had to work and go to school, which was tough because my classes were so demanding.” (Photo by Edgar Mendez)

Editor’s note: This article is one of an occasional series profiling the 12 finalists for the Milwaukee Awards for Neighborhood Development Innovation, also known as the MANDIs. MATC Promise is a finalist for the “Associated Bank Trail Blazer Award” for an innovative approach to a community problem.

This story has been updated to correct the age of Carissa Peters.

Carissa Peters had her future all mapped out: Graduate from high school. Head to college. Earn a degree.

And she was well on her way toward fulfilling her goals until a major impediment unraveled her plan — money.

“Paying out-of-state tuition there was really expensive,” Peters said. “I had to work and go to school, which was tough because my classes were so demanding.”

Struggling to juggle work and school, she left Xavier University, a historically black college in Louisiana, in 2011 and returned to Milwaukee, where she found a job as a flight attendant.

As she traveled the world for work, school became somewhat of an afterthought, until she decided her education could wait no longer. She researched local colleges and came across a program at Milwaukee Area Technical College that promised free tuition — music to her ears.

“Now I could focus on what I wanted to do with my future without having to worry about how I would pay for school,” she said.

Peters, who made the Provost’s List this year, is one of thousands of participants in MATC Promise, which provides a free education for low and middle-income students. The program, launched in 2017, was originally open only to new high school graduates in the  Milwaukee area. Last year it expanded to include adults who started but didn’t finish college.

The program was funded through a public/private partnership supported by more than 230 private donors who provided more than $2 million, said Johnny Craig, vice president of student services and enrollment at MATC. 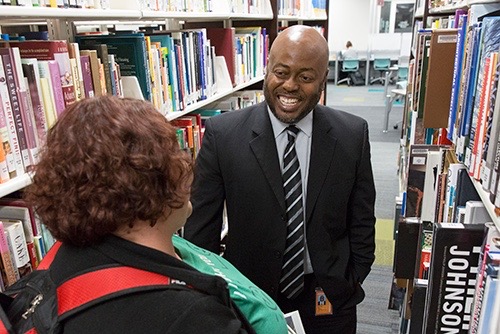 Johnny Craig, vice president of student services and enrollment at MATC, speaks with a student. “Education is one of those tools that doesn’t change you, it changes generations,” he says. “Your cousins, your kids, they might see opportunity to obtain a college degree that they didn’t before.”

Craig said there are more than 75,000 low-income students in Milwaukee and 135,000 adults who “started college and life happened. The Promise program allows us to meet their needs.”

Students in the program, who also must apply for federal financial aid, receive up to 75 tuition-free credits, with an average scholarship of $930 per participant.

“Education is one of those tools that doesn’t change you, it changes generations,” he said. “Your cousins, your kids, they might see opportunity to obtain a college degree that they didn’t before.”

MATC graduates earn $400,000 more in their lifetime than someone with only a high school degree, he added.

While new high school graduates entering the program are able to choose any educational focus, adult Promise students get funneled into one of Wisconsin’s top 50 in-demand fields such as early childhood or health care, Craig said. The goal is to help the adults find employment immediately upon completion of the program.

“We want them to build skills to get a higher-paying job and help support the regional economy right away,” Craig said.

While getting a job after graduating is the long-term goal for Rogelio Balderas, 20, it was the idea of staving off debt that drew him to MATC.

His decision did not please everyone in his family.

“Not many people in my family went to college so they didn’t really understand the burden of those who go into heavy debt while getting their degrees,” he said.

Balderas plans to transfer his MATC credits to a local university. He knows that he’ll probably have to pay tuition once he get to that point, but he enjoys not having financial constraints right now.

“It gives me that ease of mind that helps me keep my focus on my larger goal of obtaining a degree in economics,” Balderas said.

Peters, whose grade point average hovers near a perfect 4.0, is waiting to learn whether she’s been accepted into MATC’s highly popular registered nursing program. Her plan to earn a college degree, once derailed, is finally back on track.

“I’m one step closer to my goal of becoming an anesthesiologist,” Peters said. “I’m grateful for that.”