You are here: Home / Community Voices / At least the celebs involved in the college-bribery scheme value an education. Many of us don’t.
Share this... 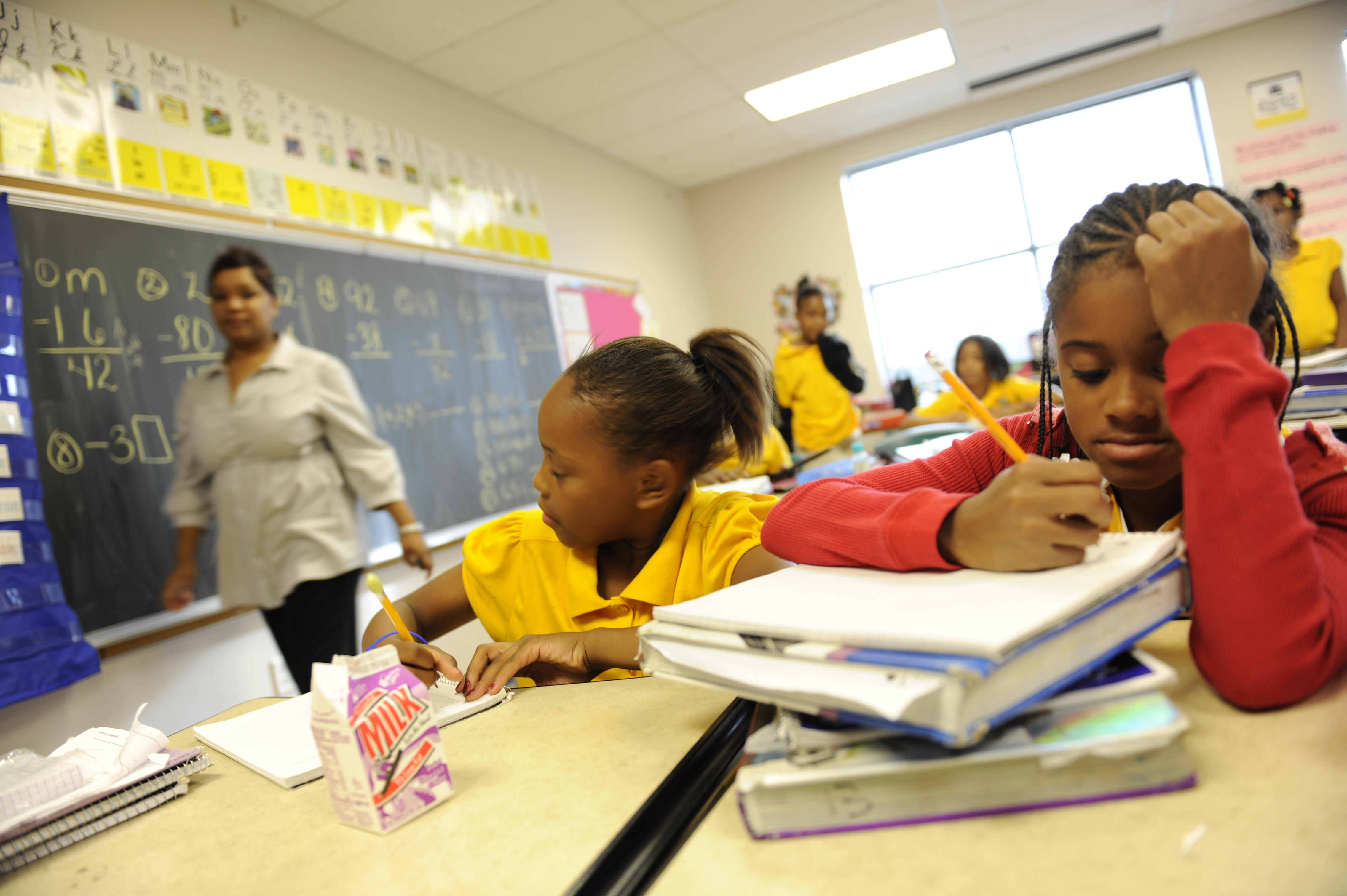 We are not doing enough to show our kids the importance of education. If rich people are willing to pay bribes to ensure their children get into the best schools, then why are those of us who are much poorer not valuing the benefits of learning. The rich aren’t spending this money for nothing. (Photo by Tessa Fox)

Dwayne Burtin is the deputy editor for digital at the Milwaukee Neighborhood News Service and a Milwaukee native.

There’s no way you haven’t heard of the latest college bribery scandal. I’ve never seen bail set so high for indictments not involving serious drugs or violent crimes. These people are “rich rich.”

They are the 1%. The elite. The we-don’t-care-about-the-price rich. Their kids can and should be set for life financially, and already have endless connections — and yet, these elite, rich parents are still so desperate that their kids get into the “best” schools, they are willing to pay. A lot.

Lori Loughlin (Aunt Becky from “Full House”) and her husband, fashion designer Mossimo Giannulli, have been accused of spending $500,000 to get their two daughters accepted to the University of Southern California as recruits on the rowing team — these girls apparently have never row, row, rowed a boat in their lives.

If rich and famous privileged people are willing to pay hundreds of thousands in bribes to get their kids into college that lets me know that education is magical and worth a whole lot more than many of us give it credit for.

Education has to be a higher priority in the black community.

These people aren’t spending this money for nothing. We may not have a cool $500K available for bribes, and even if we did, we shouldn’t because it’s illegal. But what we do need to have is the mindset that higher education is crucial to the betterment of our children’s lives and our families in general.

I’ve heard too many times the statement that a college education isn’t for everybody. That statement has always bothered me. What does it even mean? To me, it says that education was never a priority and, as a result, college is not a great option for James because he probably won’t make it through. That’s problematic. James needs an education.

It doesn’t have to be Ivy League. I’m not even saying it has to be a traditional four year university. I’m all for trade schools.

I am saying that education is a crucial priority. It’s not even about making money or a career. Yes, that’s a part of it. We want a return on our investment, but really, it’s all about the mindset.

I grew up thinking I would be one of those workers, and as a result I didn’t go to college. I didn’t unlock my mind until later in life and lost precious time because of it. I was also late instilling that education mindset into my children.

We have to build a love for education early. We have to unlock our children’s minds right from the beginning. Education is magical. The way we think, feel and interact with the world is all influenced by our knowledge, experience and understanding.

Brown skin is a barrier to privilege, but education can give us access that we otherwise don’t have, and lack of education is one of the main reasons we are so far behind on so many statistics.

These people are paying good money to illegally get their kids into college. It must be worth it.