You are here: Home / Home / Carousel / ‘I will not die young:’ Youth summit tackles drugs and violence
Share this... 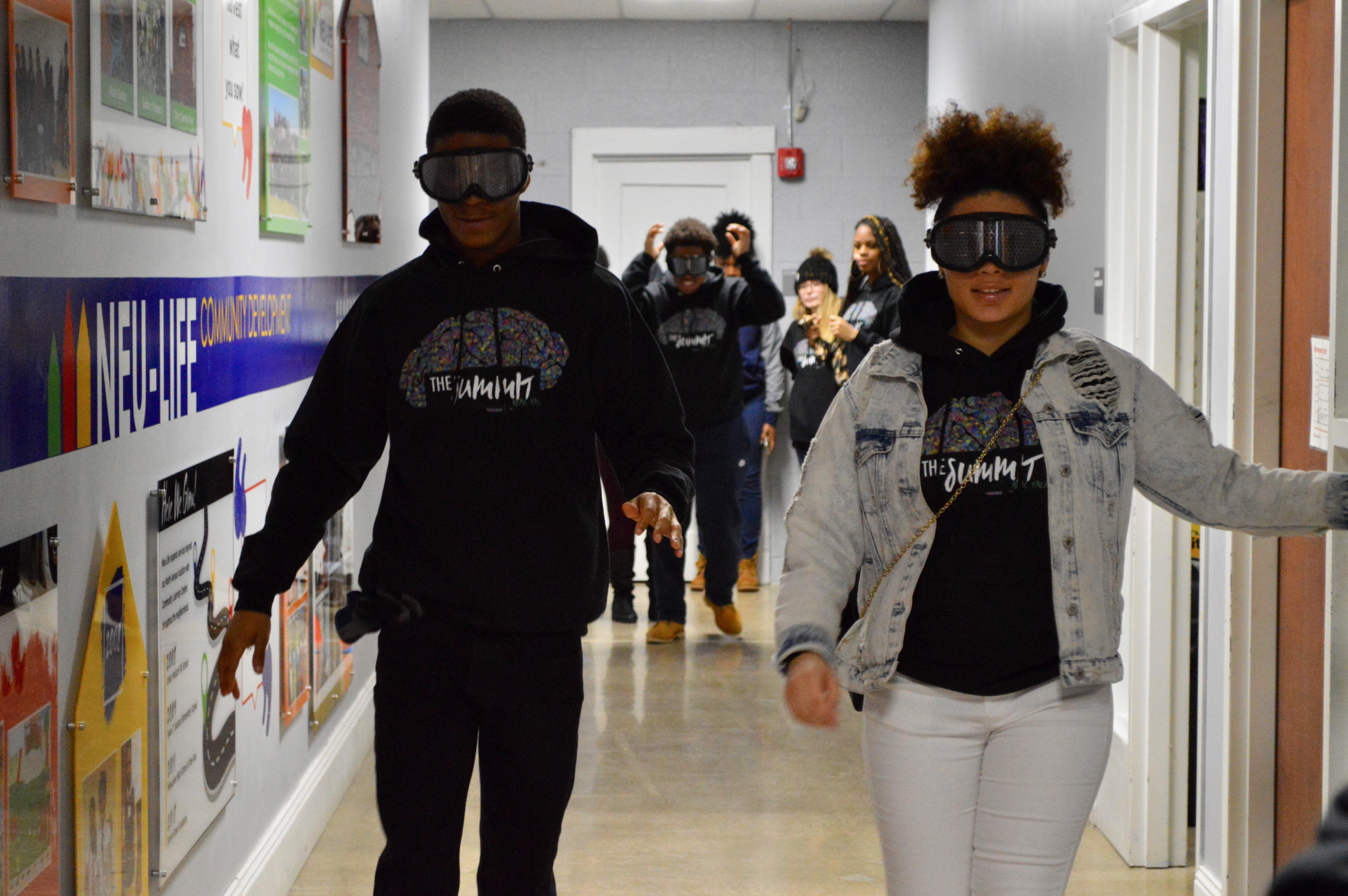 Two students attempt to walk down the hallway wearing “impairment goggles” that blurred their vision in a way that a person impaired by drugs would experience. (Photo by Analise Pruni)

It was a simple request.

Raise your hands if you’ve ever lost a friend or family member to violence.

Hands across the room shot up.

Though it was a day dedicated to discussing drugs, other weighty issues were tackled during the third annual Milwaukee County Substance Abuse Prevention Youth Summit. The event drew nearly 100 youths and several community leaders earlier this month to the Neu-Life Community Development, 2014 W. North Ave.

Destiny Yarbrough, an assistant teacher at the center, lead a workshop on “Being marijuana free.”

“The main goal of the workshop is to inform the youth about the dangers of marijuana, because marijuana is really popular with the youth right now,” Yarbrough said. “We’re just trying to let them know, marijuana is not good, it’s not safe, and it’s really harmful.”

Several organizations, including the United Community Center, Drug-Free Communities and Safe and Sound, ran workshops that showed fun and engaging alternatives to drugs. One workshop demonstrated simple ways to make healthy foods and another gave the kids a crash course in karate. 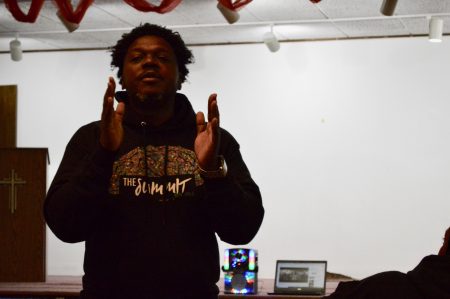 Keynote speaker Kwabena Antoine Nixon tells young people to do their best. “The worst of the worst they show of us is always going viral,” he says, adding “there’s nothing more empowering than changing your story.” (Photo by Analise Pruni)

Other students donned “impairment goggles” that blurred their vision in a way that a person impaired by drugs would experience and attempted to walk a straight line down the hallway. They zigzagged into the walls and each other with their hands out like drunken zombies.

Jody Rhodes, chair of the summit’s Marijuana Work Group, said this year’s marijuana-centered theme has to do with the recent local and national news coverage discussing general policy changes, including making the drug legal.

“I think it’s more because it’s in the media, talking legalization, and that it’s all natural and that’s just not true for kids,” Rhodes said. “No matter what happens with legalization, marijuana will never be good for kids’ brain at all; their brains are still developing until they’re age 24.”

Kwabena Antoine Nixon, a poet, author and opening speaker, walked around the room and asked everyone to tag their selfies on Snapchat, Instagram and other social media with the hashtag #iseeyou in a show of solidarity.

Nixon told the group that the most powerful thing a young person has is his or her mind, and that reading, writing and “programming” were the keys against fighting ignorance.

Before the group dispersed, Nixon left them with three pieces of advice, and a poem that resonated powerfully throughout the room.

He said that first, you’ve got to have a vision for your life.

“They say show me your five friends, and I’ll show you where you’ll be in five years,” he said.

“There’s nothing more empowering than changing your story,” he added. He told the group to repeat after him. “My destiny is not to die on the block. My destiny is to control this world. It belongs to me! And I will not die young.”