You are here: Home / Home / Carousel / Groups continue to accuse city of obscuring truth about lead in the water
Share this... 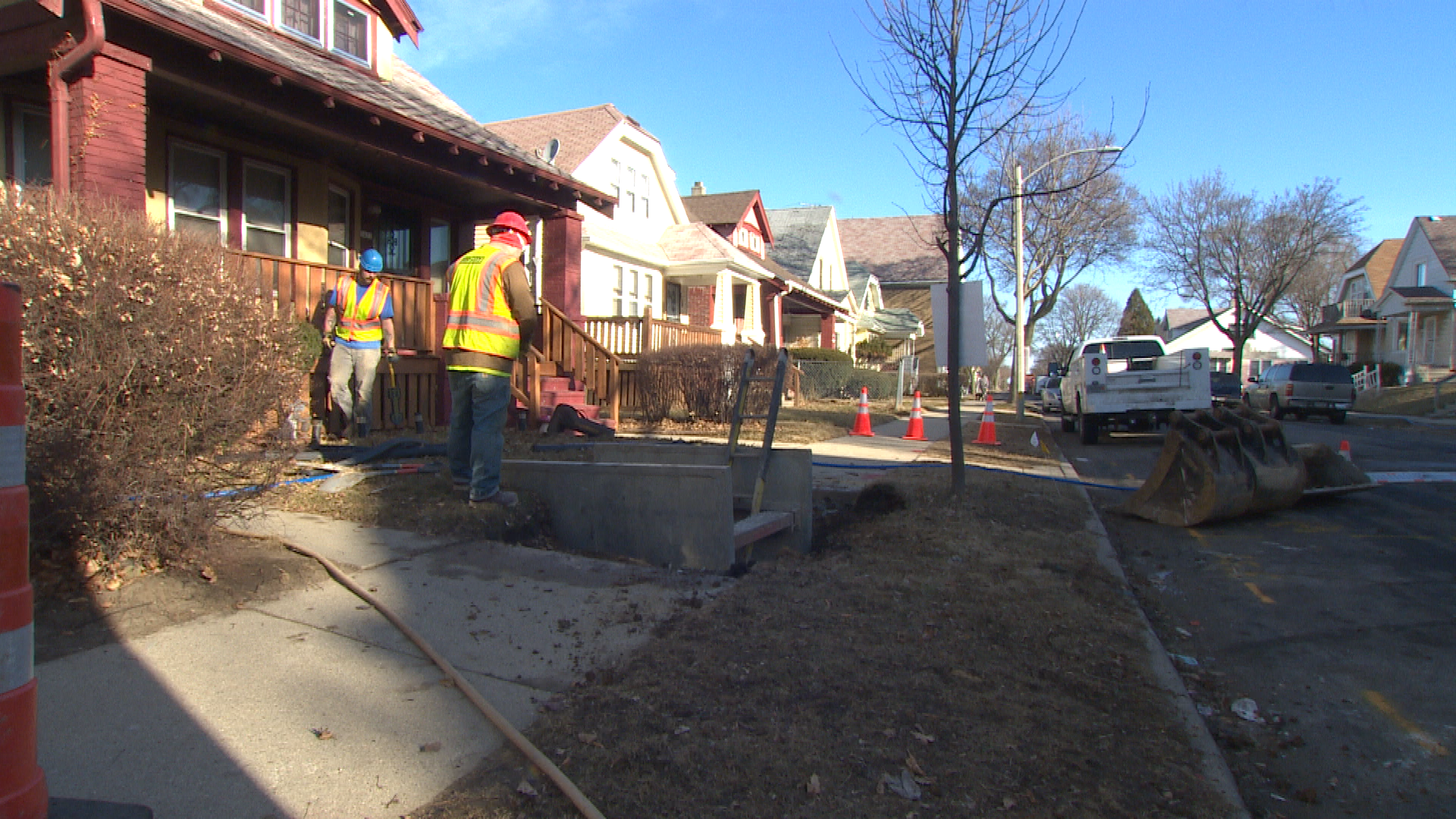 Last month’s special meeting of the Common Council’s Public Safety and Health Committee was hailed by Ald. Bob Donovan as a chance to “get to the bottom” of concerns related to the city’s lead crisis.

But critics of the city’s handling of the issue continue to raise questions and seek answers.

“The City has continually attempted to dismiss our findings and . . . these dismissals continue to distract from the issue of toxic lead whether it come from paint, soil or lead laterals,” the  Freshwater for Life Action Coalition and Get The Lead Out groups wrote last week as they detailed their responses to  statements made by city officials during the meeting.

The two groups have bashed leaders over their handling of the lead crisis and accused the city of doctoring maps to give residents false impressions about lead. They contend that a spike in infant deaths along North Avenue could have been caused by lead exposure.

Health Commissioner Jeanette Kowalik, who replaced Bevan Baker after he was forced out over his handling of lead; Karen Dettmer, superintendent of Milwaukee Water Works — who replaced Jennifer Gonda after she resigned in October; and Martha Brown of the Department of City Development were  among the city leaders who attended the March 22 meeting.

According to a letter from city department heads to the Common Council, information being presented by the groups is “not factual or based on a current understanding of science.”

City leaders disputed the infant mortality maps the groups point to as evidence that main replacement projects and partial lead service line removals led to a spike in deaths. 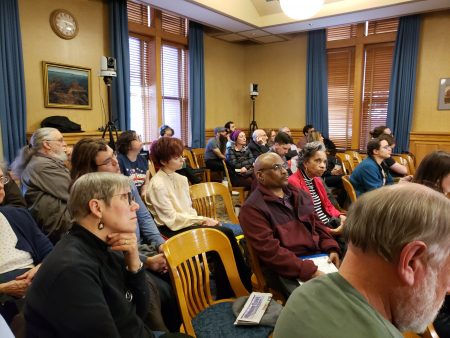 Spectators at City Hall listen intently to a presentation about lead poisoning in Milwaukee in February. (Photo by Edgar Mendez)

The city also said that although water mains were repaired on North Avenue, the work was completed in 2009, three years before the rise in infant deaths. A 2016 study by Milwaukee Water Works found that lead levels reduce to preconstruction levels within 30 days of a water main replacement or other construction project.

That study led to a decision not to allow repairs or partial lead service line replacements since the beginning of 2017 and also to provide water filters and filter vouchers to residents affected by lead service line replacements or other constructions for the duration of the project and up to 30 days afterward, said Brian DeNeve, communications officer for the City of Milwaukee.

But if water is not the cause of the rise in infant deaths, then what is?

Geoffrey Swain, medical director for the Health Department, said during the meeting that 60 percent of infant deaths in the city are related to complications of prematurity, with others due to birth defects and unsafe sleep issues, and not lead.

The groups pointed out that without proper follow-up from health officials of those who have tested high for blood lead levels, an issue that forced Baker out of office and has led to local, state and federal investigations, how can that statement be made with certainty.

According to FLAC and GTLO, the number of children with lead poisoning increased last year, as did the number of water main replacement projects.

In fact, the number of children hospitalized for lead poisoning has increased since 2013, according to testimony delivered during the meeting from Heather Paridis, medical director of community services for Children’s Hospital of Wisconsin.

As far as the maps depicting lead poisoning density, which the groups contend have been doctored by the city, health officials explained that the scales on the map were changed to avoid violation of federal privacy regulations. The old map could reveal the locations of some lead-poisoned children, they stated.

FLAC and GTLO still believe that the maps were only altered after public pressure on the city for its handling of lead, rather than as a precautionary measure.

Another issue addressed during the hearing was whether the city was selling its foreclosed properties, which were then reconnected to dormant lead water lines, a practice that could result in elevated levels of lead in the water.

Brown said once the city takes ownership of a property, it assumes that any property built before 1961 has lead and then takes steps to remove it. In homes that are vacant, the city addresses lead concerns before selling and in those that are occupied by renters, the city enters into a lease agreement and issues work orders to a contractor to address safety concerns, including those related to lead exposure.

Overall, the groups contend, the city has failed to conduct adequate investigations into the causes of the increase in lead poisoning among children, create a safer means of delivering water and create a comprehensive plan to remove lead water pipes.