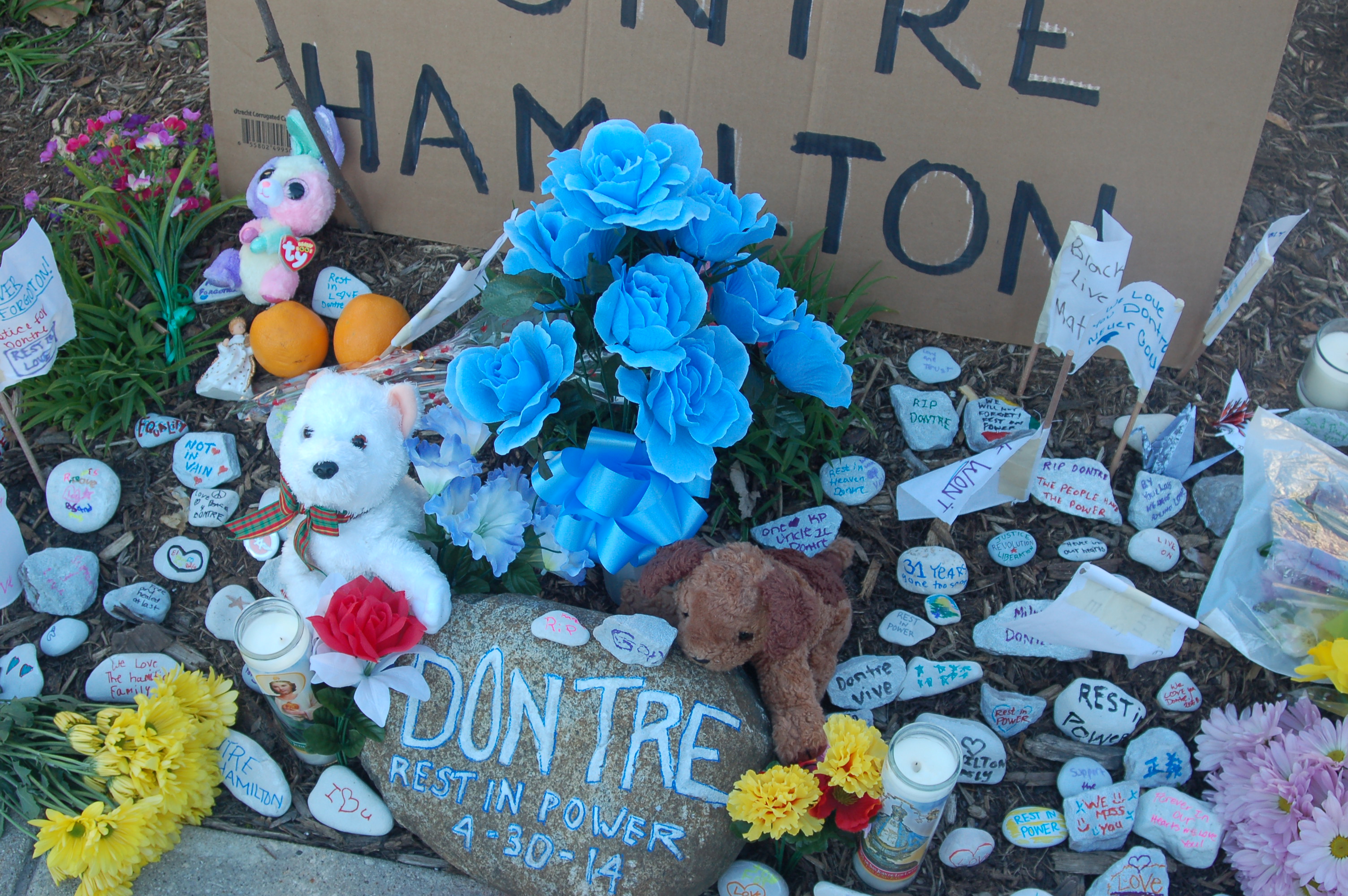 Dontre Hamilton was shot and killed in Red Arrow Park by a Milwaukee police officer. Since his death, his family has pushed for peace in Milwaukee. (Photo by Andrea Waxman)

Nate Hamilton tries to treat people with the same love and respect his brother, Dontre Hamilton, gave him.

Five years ago, Dontre was shot and killed by a police officer in Red Arrow Park. He was 31. Since then, Hamilton and his family commemorate Dontre’s life with Dontre Day.

“[We] take that pain that we felt and turn it into something positive,” Hamilton said.

The event will feature music and speakers. In addition, there will be homemade food, art for the kids and meditation.

Hamilton said the purpose of the day is to spread love, respect and above all, unity. Everyone should feel welcome, he said, because Dontre always went out of his way to engage with and help people.

“People miss out on who Dontre really was,” Hamilton said.

Every person suffering from mental health is different, but everyone deserves to be treated with compassion and understanding, Hamilton said.

“The conversation is still being had,” Hamilton said. “We want to remain on top of things and continue to engage with them.”

Hamilton is encouraging communities to make a more concentrated effort to engage with police officers.

“To not fear us they have to know us,” he said.

He added that neighborhoods need to strive toward nonviolence. It’s not just going door-to-door in neighborhoods, it’s about getting neighbors to talk with one another. There needs to be more engagement and people need to be held accountable for their actions.

Milwaukee has the potential to be a great place, but its residents need to educate themselves and push for change, he said.

Reggie Moore, the director for the Office of Violence Prevention, said although there’s been a decrease in fatal shootings and homicides, there’s still work to be done.

One of the city’s initiatives to help reduce violence is the Blueprint for Peace.

“We want to do everything possible to reduce gun violence across the board,” Moore said.

The blueprint calls for an expansion of conflict training for MPD officers and security guards so that they can be better equipped to deescalate a situation. It also wants more support when it comes to mental health services for families and restorative practices for officers struggling with trauma.