You are here: Home / Home / Carousel / What you need to know about the St. Joseph Hospital controversy
Share this...

The Wheaton Franciscan nuns who founded St. Joseph Hospital moved it from
North 4th Street and West Reservoir Avenue to Sherman Park in 1930 when they needed more space. (Photo by Sue Vliet)

Mention St. Joseph Hospital, and you are bound to hear grumblings from some residents who are upset about changes.

Since St. Michael’s Hospital closed in 2006, St. Joe’s is the only hospital serving the predominately African-American neighborhoods between and north of Aurora Sinai Medical Center downtown and Froedtert Hospital in Wauwatosa.

Many residents are displeased that the hospital, located at 5000 W. Chambers St. in Sherman Park, has cut services in recent years, said Danell Cross, leader of the Metcalfe Park Community Bridges resident association. Ascension said about two-thirds of St. Joe’s is vacant and “available for partner organizations.”

Here’s an explainer to catch you up on the controversy: 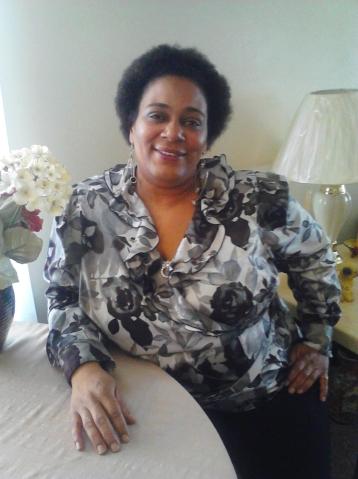 Why is the community worried?

In early April last year, the Milwaukee Journal Sentinel reported that the planned cuts by Ascension, the largest nonprofit health system in the U.S., were “part of a long-term plan to lessen (St. Joe’s) financial losses and transform the Milwaukee hospital’s role in the largely low-income neighborhood.”

There was an immediate response from leaders, including Mayor Tom Barrett, Ald. Khalif Rainey, State Sen. Lena Taylor and others. They asked Ascension to “pause” the changes, which they said would negatively affect the health of a community already suffering significant disparities. Ascension agreed to delay the changes indefinitely.

Grassroots groups representing residents and healthcare workers joined forces as “Save St. Joe’s Coalition,” since renamed the “St. Joe’s Accountability Coalition,” to demand that Ascension seek the active participation of community members in decisions about the hospital’s future. The coalition also organized volunteers to go door-to-door in Sherman Park to alert residents about developments at St. Joe’s.

In addition, statements by Ascension that St. Joe’s is losing money, together with reports about a pattern of reductions in service that have led to Ascension hospital closings in other cities, further alarmed some in the community.

In particular, Ascension’s Providence Hospital in the largely African-American Northeast section of Washington D.C., announced in 2017 that it would cut hospital services and “(transition) away from acute care toward outpatient services.” Despite strong pushback from residents and the city, which filed a lawsuit to stop the closure, Ascension prevailed and will close most of Providence Hospital’s services on April 30. Ascension said the move to shrink its offerings at Providence was “an effort to better align with community demand and better serve the population’s needs.”

How has Ascension St. Joseph responded?

Ascension executives have never said they intend to close St. Joseph, and they continue to say they do not plan to do so.

They point to recent added services at St. Joe’s, including Milwaukee Health Department nutrition and violence prevention programs Women, Infants and Children (WIC) and 414 Life, which will train emergency room staff to connect patients who have gunshot wounds to the violence interruption program. Other new programs offer help with opioid addiction, prenatal and parent education and food assistance for senior citizens.

“We recognize Ascension St. Joseph is an anchor in the Sherman Park community,” not only as a healthcare provider but as an employer and driver of economic development, said Reggie Newson, Ascension’s chief advocacy officer.

In addition to the current services being offered, Newson said, Ascension is considering what other services it can add or enlist partners to offer.

In the year following the announcement of cuts and subsequent pause, Ascension Wisconsin undertook a series of meetings with community leaders. The process included 161 interviews with individuals and community organizations, 27 stakeholder meetings, a Community Health Needs Assessment and seven community conversations, Newson said.

He said Ascension will consider the information gathered from the community and ideas for improving health equity in the Ascension St. Joseph service area in the coming months.

Markasa Tucker, director of the African American Roundtable and a participant in the initial talks with Ascension, said communication with the healthcare organization has dropped off since January.

Ascension has not provided the coalition with a Power Point presentation, which she said was delivered too rapidly to absorb, and information Ascension collected from the community, as it promised it would, Tucker said.

Newson said Ascension is still gathering information and will make it available to the public when the process is complete. It also plans to reconvene the initial group of community members to report its findings, he said.

Its latest Community Health Needs Assessment, which is updated every three years, will be posted on Ascension’s website by June 30.

“The vast majority” of St. Joe’s patients are on Medicaid, uninsured or under-insured, Newson said.

Coalition leaders argue that Columbia St. Mary’s Hospital on the East Side, which serves a more affluent clientele and where Ascension initially said it would shift St. Joe’s surgery patients, also is losing money.

An Ascension Wisconsin spokeswoman confirmed the East Side hospital lost $3.9 million in 2018. St. Joe’s lost $31.6 million during the same year, she said.

Coalition representatives also note that Ascension receives tax benefits from its nonprofit status and pays its executives well. They suggest that if the company is losing money, it might reduce some of its highest-paid executives’ salaries.