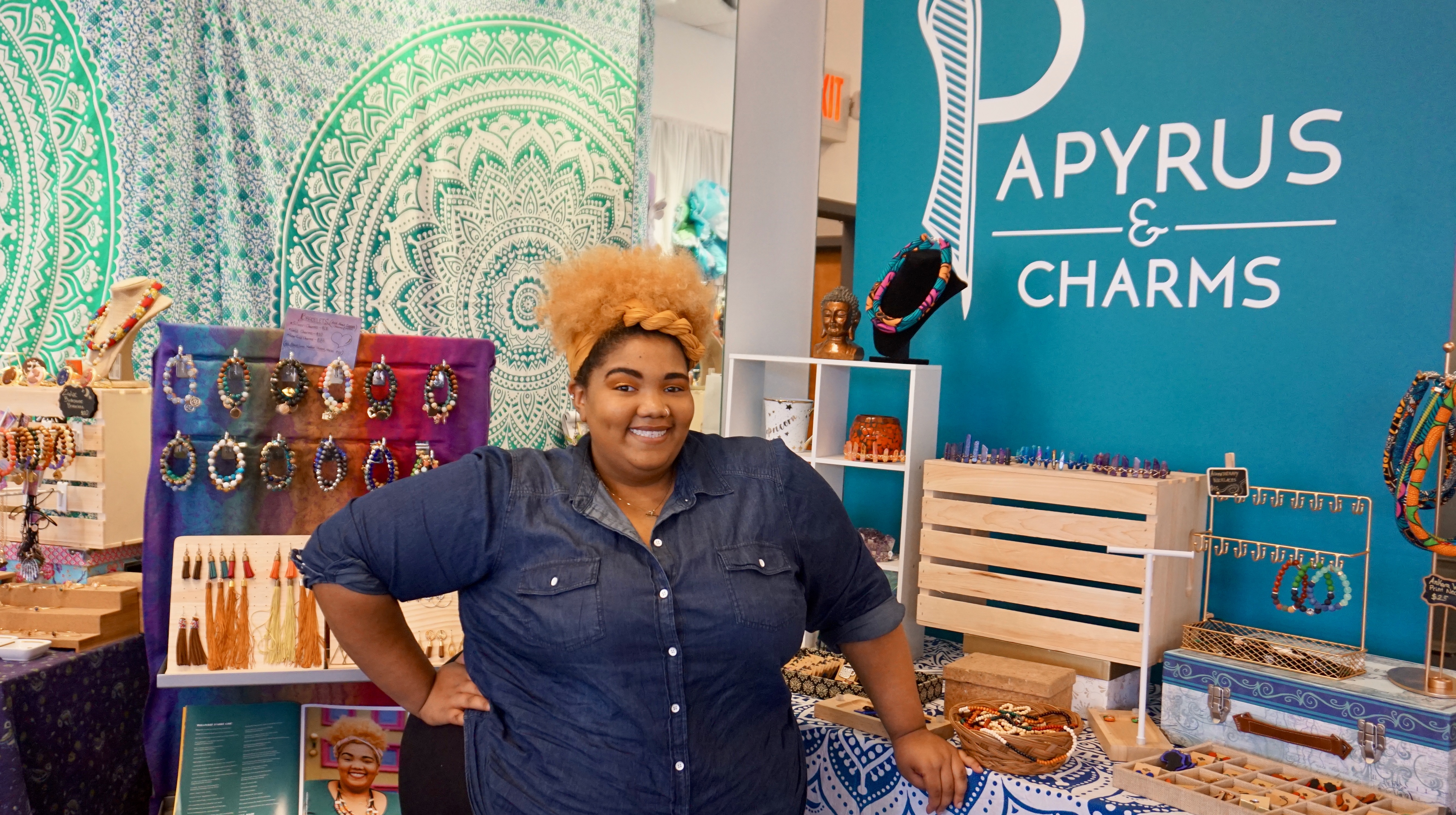 Lilo Allen, one of the Bronzeville Collective MKE’s founders and owner of the handmade jewelry business Papyrus & Charms, hopes a streetcar extension into Bronzeville will bring new visitors into the area. (Photo by Andrea Waxman)

When building a streetcar in Milwaukee was first being debated, Lilo Allen had concerns about what the cost would mean to the city and its taxpayers.

But now that the first section of The Hop has been built and is operating downtown, she wants to see a proposed extension into Bronzeville happen.

“We don’t have much city support that highlights a black community for a positive thing. So having the streetcar come through here is literally a visual highlight of all the progress that’s being made,” said Allen, one of the founders of Bronzeville Collective MKE and owner of Papyrus & Charms. The collective, and Allen’s handmade goods business within it, opened at 339 W. North Ave. in December.

Allen believes the proposed streetcar extension from downtown, north along King Drive to North Avenue, would bring more customers to Bronzeville businesses. It would provide easy access for tourists and visitors from other parts of the city to experience Bronzeville’s arts and culture. And, in addition to giving residents an easy way to travel downtown, the streetcar would slow auto traffic, creating safer, more pedestrian-friendly corridors.

The Hop, which opened in November, runs on a loop through downtown and the Historic Third Ward between the Milwaukee Intermodal Station, 433 W. St. Paul Ave., and Burns Commons, at East Ogden and North Prospect avenues.

Earlier this month, Mayor Tom Barrett announced plans to extend The Hop to Wisconsin Avenue by next summer, while adding two additional legs into Bronzeville and Walker’s Point.

Feedback from residents and businesses gathered as part of a transit study, indicated strong support for the Bronzeville extension, said Deshea Agee, executive director of the Historic King Drive Business Improvement District No. 8.

It will help create an equitable economic development environment, he said. “And if we can connect the boundaries of our neighborhoods from the South Side to the North Side and downtown that will be good for bringing Milwaukee together.”

Ossie Kendrix, president of the African American Chamber of Commerce of Wisconsin, said he is optimistic the streetcar will attract residents who see opportunities to secure employment in the new entertainment district in and around the Fiserv Forum. 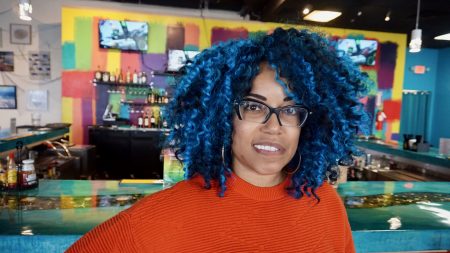 Natasha Jules, a co-owner of Jewels Caribbean restaurant, located just south of the intersection of North Avenue and King Drive, is enthusiastic about the streetcar coming to Bronzeville. (Photo by Andrea Waxman)

Natasha Jules, a co-owner of her family’s restaurant, Jewels Caribbean, 2230 N. King Drive, would like to see the extension continue beyond Bronzeville to Capitol Drive so Messmer High School students and residents could benefit.

The downtown streetcar loop is not yet fully functional, noted James Phelps, president of JCP Construction, 1849 N. King Drive. “It only becomes an asset to the city once it starts extending into the surrounding neighborhoods, where it becomes a viable form of transportation, moving people around the neighborhoods,” he said.

Not everyone is happy with plans to expand The Hop.

In a May 6 statement, Ald. Bob Donovan and Ald. Mark A. Borkowski took Barrett to task, saying “the Mayor wants to expand a system that is not complete, that he cannot prove anyone rides, and that no one but him seems to want to pay for. Not one expansion, not two, but three. What madness is this?”

Ald. Nikiya Dodd said in a news release that Milwaukee should focus on fixing its roads. “To prioritize the expansion of the streetcar, rather than sticking to the task at hand and focusing our resources on the infrastructure repair backlog, sends a clear message that our residents’ voices are not being heard. “

And Ald. José G. Pérez said Latino neighborhoods must be included. “The City needs to commit to the planning and engineering work to bring the line into the Latino community,” he said in a news release. “‘Wait until next time’ is not a good enough answer.”