You are here: Home / News / Arts and Recreation / ‘I think God saved me for a reason’: How one 14-year-old cancer survivor plans to inspire others Saturday
Share this... 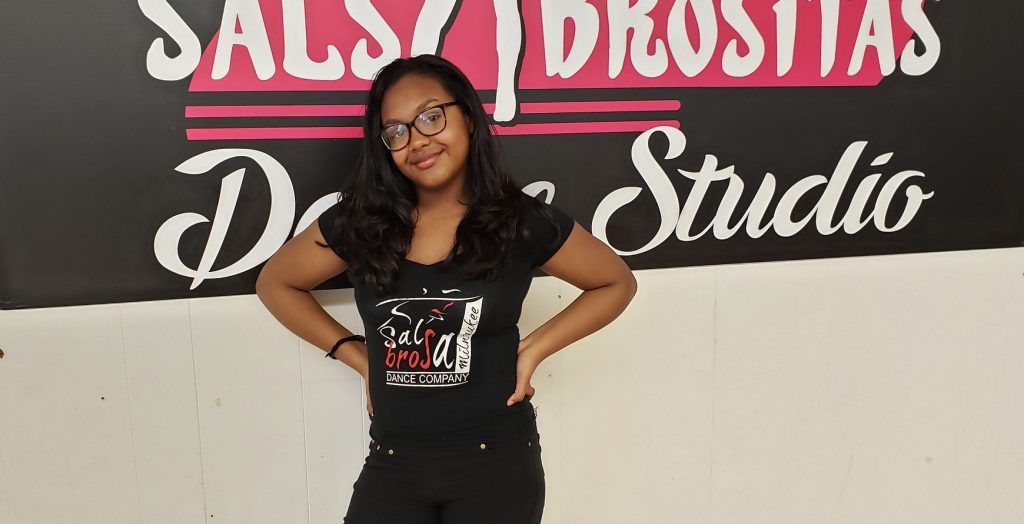 Natalia Beans, 14, is determined to inspire others. “I think God saved me for a reason: to show others not be afraid of cancer,” she says. (Photo by Edgar Mendez)

Natalia Beans, 14, achieved one of her lifetime goals of becoming a world champion salsa dancer earlier this year after winning team and individual awards during the 2019 World Salsa Summit in Miami. There, she beat out competition from Mexico, Puerto Rico and Canada. But those competitors pale in comparison to the foe she overcame earlier in life.

“When I was 21 months old I was diagnosed with leukemia,” said Beans, now in her 12th year of remission from the disease.

Now, Beans is preparing for her next big dance, and although this one isn’t part of a competition, she said it’s just as important.

On Saturday, she’ll perform during the opening ceremony of Celebrando Nuestras Familias MKE, an annual health and wellness fair sponsored by the American Cancer Society. The fair, now in its 12th year, will be held from 8:30 a.m. to 1 p.m. at St. Martini Lutheran School, 1520 S. Cesar E. Chavez Drive.

Her mother, Jenniffer Sarda, recalled the pain of seeing her daughter struggle with a feeding tube and undergoing chemotherapy at Children’s Hospital of Wisconsin.

“Being in the hospital for days while she got blood transfusions, and she was even in ICU and going through other treatments. It was hard, but it made us appreciate life and your health a lot more,” Sarda said.

Beans hopes to inspire other cancer survivors or those battling the disease with her performance.

“I want them to know that if I can get through it than they can, too,” Beans said.

Jesus Barbosa, health systems manager for the American Cancer Society, said the disease is the second-leading cause of death among Latinos. Barriers such as language, discrimination and lack of insurance can keep Latinos from seeking health care. 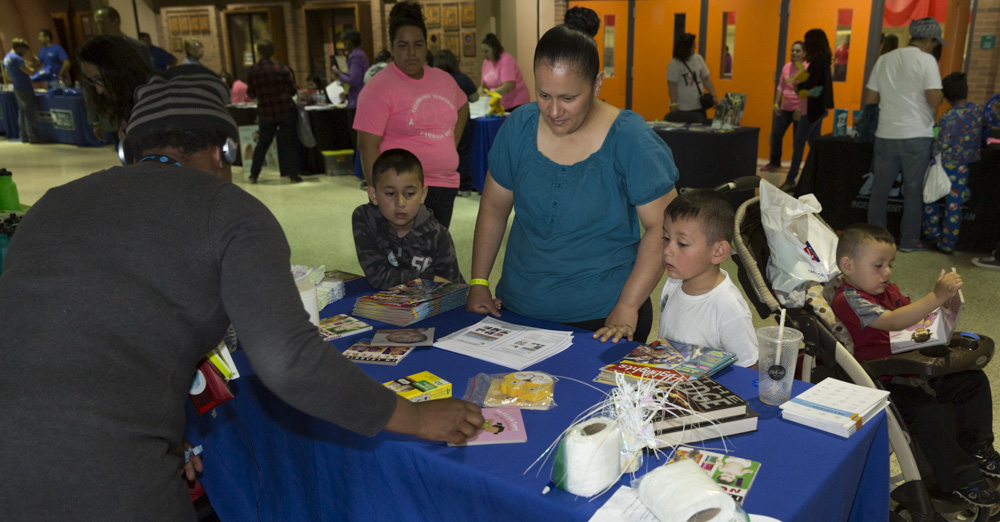 Yet getting cancer diagnosed early can drastically improve a patient’s chances of survival, Barbosa said.

Representatives of several health care organizations, including Aurora Health Care, Sixteenth Street Clinic and the Southside Health Center, will be at the fair to help attendees learn how to navigate services and to promote self-care, he said.

The Rev. Alfonso Prada, who volunteered to host the event at St. Martini, said he’s heard too many stories about people who’ve ignored pains in their bodies and refused to seek care because they were immigrants.

“We want to convince the community that their health is important and that they need to get checked out,” Prada said.

In addition to more than 30 exhibitors, the event will also feature cultural performances, activities for children and a moment of reflection for those who survived or are battling cancer as well as those who have died from the disease.

As for Beans, she said she is grateful to have the opportunity to inspire others.

“I think God saved me for a reason: to show others not be afraid of cancer,” she said.