You are here: Home / Home / Carousel / NNS Spotlight: The ‘quiet warrior’: How a 95-year-old female veteran made history
Share this... 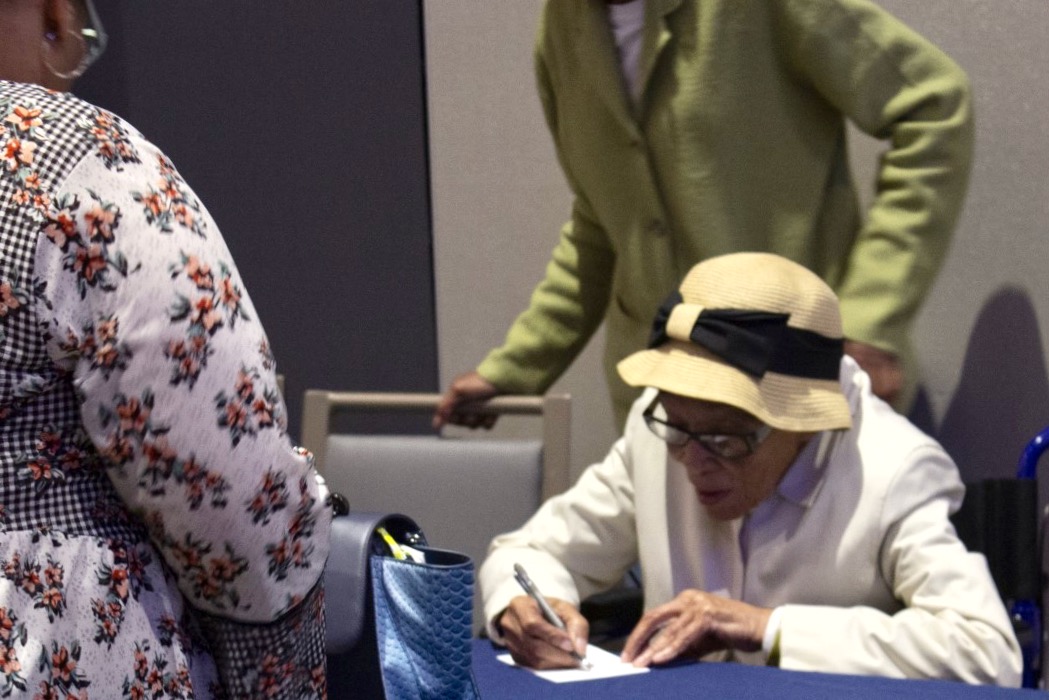 Anna Mae Robertson, 95, has been called a “quiet warrior” for her service in the Women’s Army Corps 6888th Central Directory Postal Battalion. Last week she greeted well-wishers who attended a screening about the battalion. (Photo by Caroline White)

Editor’s note: This story has been updated to correct details of the 6668th’s membership, work and recent recognitions.

Anna Mae Robertson once spent her time evading Nazi U-boats in war-torn Europe. Now, perched on her living room recliner with photos of her children, grandchildren and great-grandchildren covering the walls, some may find it difficult to believe.

Robertson, 95 and a longtime Milwaukee resident, was a member of the only Women’s Army Corps all-African American battalion that served overseas in World War II. The Women’s Army Corps 6888th Central Directory Postal Battalion, or the “Six Triple Eight” as it’s otherwise known, was sent to Europe in 1945 to sort a backlog of mail more than 2 years old.

“I remember all the jobs we did” and “the work we had to do to earn the jobs,” Robertson said.

The women’s efforts were celebrated and discussed in the documentary “The Six Triple Eight: No Mail, Low Morale.”  The film was shown in the Milwaukee County War Memorial Center earlier this month. 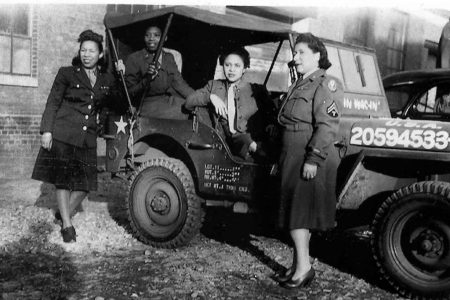 The “Six Triple Eight,” an African American women’s Army Corps that deployed to Europe to clear the postal system’s backlog, worked to ensure the approximately 65,000 letters were sent to their final destinations. (Photo provided by U.S. Department of Defense)

Robertson enlisted in the Army in March 1943, shortly after her mother died. She was 19 years old. After completing training at Fort Des Moines, Iowa, and Fort Oglethorpe, Georgia, Robertson was ready for duty.

In February 1945, the “Six Triple Eight” set sail for Europe and were chased by German submarines along the way. The women were first sent to Birmingham, England.

They worked around the clock to ensure approximately 65,000 letters per eight-hour shift were sent to their final destinations.

The assignment was expected to take the group six months, but the women were able to complete it in half the time. The battalion’s motto was “no mail, low morale.”

The women endured more than their fair share of racism, sexism and challenging work environments, but that didn’t slow them down. After leaving England, the Six Triple Eight moved on to Rouen, France, then finally to Paris, France.

‘A lot of determination’

“She’s a reflection of a woman who’s resilient, who has a lot of courage, a lot of determination and a woman who walks by her faith,” she said.

Sheree said her mother didn’t often talk about her military service. Instead she led her children by example, taking them with her to the open housing demonstrations held in Milwaukee in the 1960s. Sheree recalls marching with the Father James Groppi across the 16th St. viaduct with her mother and her siblings.

Robertson worked at the Milwaukee VA Medical Center as a nurse’s aide. Along the way, she got married and had eight children. In December 1945, Robertson retired from military service

She was visiting Milwaukee to attend the wedding of a fellow “Six Triple Eight” service member when she decided to stay.

When members of the “Six Triple Eight” returned from overseas in 1945, they were not recognized for their work. It wasn’t until 2014 that Robertson received her service medals. In 2018, a monument was dedicated to the 6888th Battalion in Fort Leavenworth, Kansas.

This year, the battalion finally received the Army Meritorious Unit Citation. In addition, Sen. Jerry Moran (R-Kan.) and Rep. Gwen Moore (D-Milwaukee) introduced bills to award the battalion a Congressional Gold Medal. Most recently, after the Milwaukee showing of the documentary, Robertson received a Certificate of Commendation from Gov. Tony Evers.

Edna Cummings, a veteran and producer of the documentary, said the women of the Six Triple Eight were courageous-and inspiring.

“It’s a narrative that’s so compelling. It transcends race and gender. It’s a lesson in leadership, resilience and an approach to getting the job done when the odds are stacked against you,” Cummings said.