You are here: Home / Home / Carousel / Potawatomi community celebrates $50 million redevelopment on Near West Side
Share this... 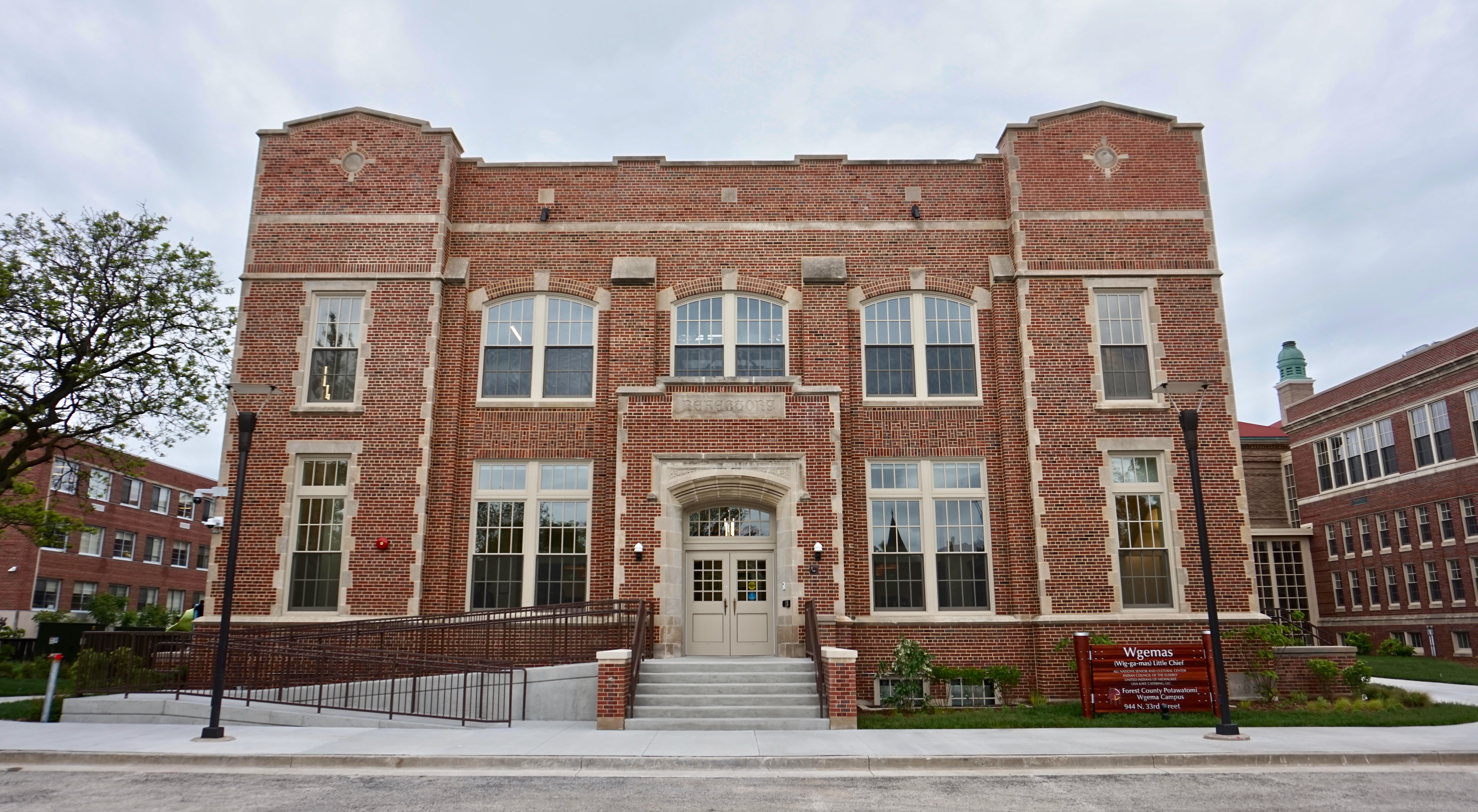 When the Forest County Potawatomi tribe acquired land in the Menomonee Valley and on the Near West Side in 1990, both properties were in disrepair and in need of revitalization.

Almost 30 years later, the tribe has reaped millions from its casino in what was once an industrial valley. And it has invested more than $50 million in redeveloping the former Concordia College campus, said Wendy Artman, a spokeswoman for Greenfire Management Services, a construction management firm created by the tribe.

“We’re catalytic in what we do and that’s because giving back, sharing and being community developers are part of our core beliefs,” said Kip Ritchie, Greenfire’s president.

In May, the Potawatomi community celebrated the renovation of the Wgemas building, 944 N. 33rd St. It is the fifth of six historic renovations on the Wgema (“chief”) Campus, which is bordered by West Highland Boulevard and West Kilbourn Avenue on the north and south, and by North 31st and North 33rd streets on the east and west. 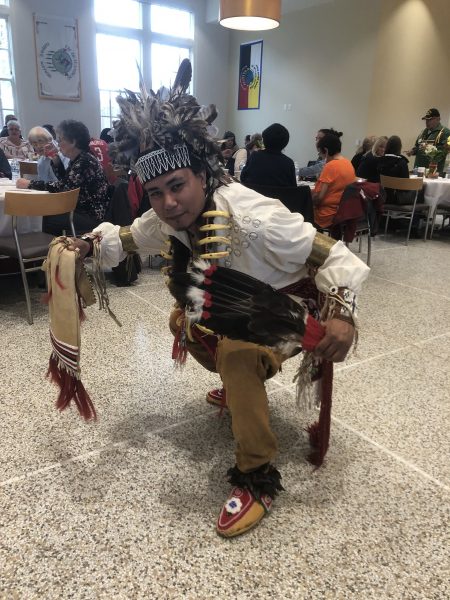 James Flores, a member of the Oneida Nation, dances at the celebration of the completion of the Wgema building renovation. (Photo provided by Greenfire Management Services)

Built in 1925, the Wgemas building served as the college’s refectory. Now it houses the Indian Council of the Elderly’s All Nations Senior and Cultural Center, United Indians of Milwaukee and Lisa Kaye Catering.

The Potawatomi historically inhabited land in Milwaukee but were moved to a reservation in Forest County in 1913. The tribe now comprises about 1,400 members, half of whom live on or near the reservation, said Ritchie, a tribal member. Before 1990 and the acquisition of the Milwaukee properties and gaining gaming rights, the tribe “didn’t have any economic activity at all or any hope for any,” he said.

With the redevelopment of the Wgema Campus, the tribe has accomplished what it set out to do when it studied the needs of the neighborhood, Ritchie said. It has created a space for businesses, nonprofits and tribal government.

The redevelopment has improved the built environment and the aesthetics of the neighborhood, said Ald. Robert Bauman, an area resident.

Keith Stanley, executive director of Near West Side Partners, said the campus improvements contribute to higher housing values, economic development and safety in the area.

The redevelopment sends “a message that this part of the city is worthy of investment and is a good place to work, do business and hold community events,” said Diane De La Santos, executive director of City on a Hill, a faith-based organization that works to reduce poverty through youth education and development, and health and social programs.