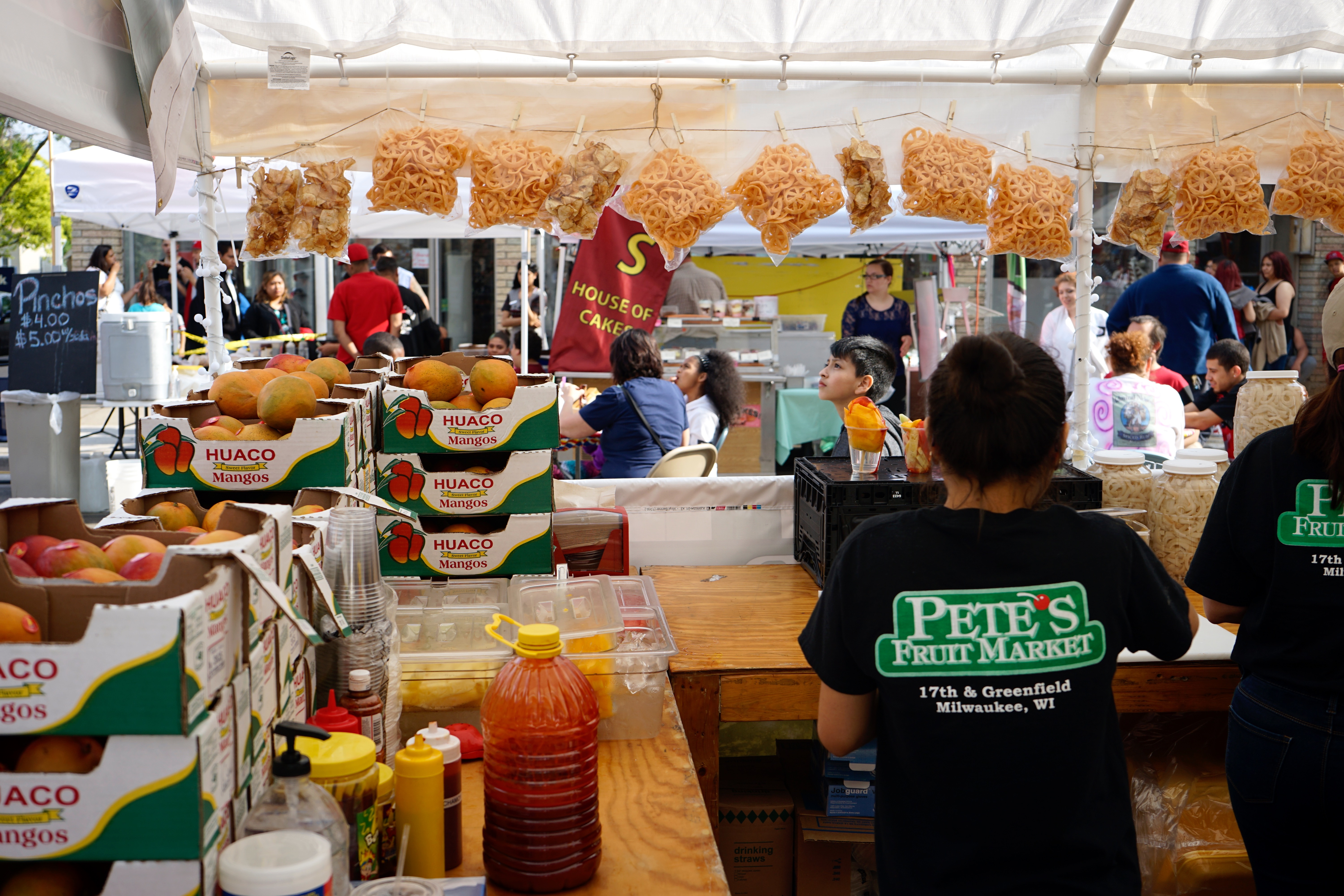 According to the Wisconsin Policy Forum report, Hispanics are underrepresented in high-wage jobs and overrepresented in fields such as farming, food preparation and serving. (Photo by Adam Carr)

As the baby-boom generation retires and new opportunities open, Hispanics in Milwaukee should be among the biggest beneficiaries of the demand to fill high- paying jobs.

After all, they have accounted for all of the Milwaukee metro area’s population growth since 2000 — an increase of nearly 75,000 that offsets the loss of 68,000 white residents, according to U.S. Census Bureau data.

But that’s not happening, according to a new study by the nonpartisan, independent Wisconsin Policy Forum.

High-wage jobs were classified in the report as those that pay a median annual wage of $60,000 or more.

The study was launched to create a dialogue within the community about how to best support the growth and success of the Hispanics in Milwaukee, said Griselda Aldrete, president and CEO of HPGM. 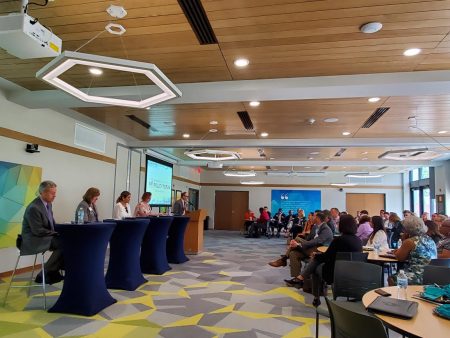 An event announcing the report’s findings was held at Bader Philanthropies, Inc. (Photo provided by the Hispanic Professionals of Greater Milwaukee)

Representation in the workforce

Aldrete, whose organization is a leading source of professional development for Hispanic professionals and students in the area, said it was startling to learn how far behind Hispanics were in terms of representation in many high-paying fields, including science, technology, engineering and mathematics.

There are 113,000 Hispanics in Milwaukee, according to U.S. Census data.

“To see the actual numbers was surprising, but it reinforced the work we’re doing at HPGM to speed up the conversation of how to change these trends,” Aldrete said.

Except for construction and extraction, Hispanics were underrepresented in every occupation that had a median annual income of more than $40,000.

The biggest gaps in representation in high-wage jobs were in management, computer and mathematical, architecture and engineering, legal, healthcare practitioner and technical occupations, according to the study.

Will education remedy the problem?

Hispanics in Milwaukee have fared well in high school recently, making up a large and growing share of graduates in the area, according to the report. Some would logically feel that as the ranks of Hispanic graduates grow and more enter college, the issue of underrepresentation in higher paying fields will be remedied.

But, the study found, the gap is not projected to dissipate anytime soon because Hispanics in the area lag behind most of their counterparts in college graduation rates and are choosing fields that might not lead to higher paying jobs.

The rate of Hispanics with at least a high school diploma or GED in the Milwaukee metro area was 42 percent, according to data from the U.S. Census Bureau. That’s lower than it is for African Americans, Asians and whites. Of those Hispanics who earn a bachelor’s degree, their rate is only 14.7 percent, far behind whites (41.8 percent) and higher only than African Americans (13.6 percent).

One issue, according to Aldrete, is that many Hispanic students are the first in their families to go to college.

“They’re trying to make their parents proud and might be satisfied with getting a one-year degree,” she said.

That’s great, she said, but they would also benefit from learning about other career paths that traditionally have not had much Hispanics representation.

“They need to have the tools to be successful when they graduate, and we need corporations to recruit them,” Aldrete said. “We need an all-hands-on deck approach to address this issue, because Hispanics will continue to be a key factor in the success of our city.”