You are here: Home / Posts from Community / Study aims to improve food access for African Americans with Type 2 Diabetes in Milwaukee
Share this... 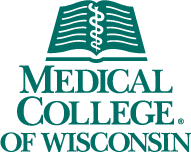 One quarter of people with diabetes in the U.S. report food insecurity – an inability to or limitation in accessing nutritionally adequate food – and African Americans overall are three times more likely than whites to be food insecure. In many cases, this poor access to nutrition among Type 2 diabetics leads to worse control over their chronic illness and more difficulty following a healthy diet compared to non-food insecure diabetics.

Two new studies led by scientists at the Medical College of Wisconsin (MCW) will focus specifically on food insecurity among African Americans with Type 2 diabetes in central-city Milwaukee.

With a more-than-$3.2 million, five-year grant from the National Institutes of Health Institute on Minority Health and Disparities, Leonard Egede, MD, MS, professor of medicine and chief of the Division of General Internal Medicine, and Rebekah Walker, PhD, assistant professor of medicine at MCW, will test the separate and combined efficacy of monthly food vouchers for farmer’s markets and monthly mailed food stock boxes layered upon diabetes education for low income, food insecure African Americans with Type 2 diabetes.

Dr. Walker will also lead a second study to refine and test an intervention to improve glycemic control, dietary intake, self-care and quality of life in food insecure African Americans with Type 2 diabetes. The intervention will involve weekly culturally relevant food supplementation boxes mailed to the participants and culturally tailored telephone-delivered diabetes education and skills training. This study is funded by a four-year, nearly $600,000 grant from the American Diabetes Association.

Several other studies have tested strategies to address food insecurity through food supplementation, including vouchers to cover the cost of food, coupons for farmer’s markets and pre-packaged food shipments to participants’ homes. However, results of these studies are still unclear in terms of if food supplementation alone is effective in individuals with diabetes.

Another aspect still unclear is how best to understand and address the unique barriers faced by African Americans, who are often more likely to face the compounded impact of low socioeconomic status, food insecurity and diagnosis of diabetes.

Dr. Egede and Dr. Walker’s studies will seek to fill in these gaps in the research as well as study the cost effectiveness of these strategies.

About the Medical College of Wisconsin

With a history dating back to 1893, The Medical College of Wisconsin is dedicated to leadership and excellence in education, patient care, research and community engagement.  More than 1,200 students are enrolled in MCW’s medical school and graduate school programs in Milwaukee, Green Bay, and Central Wisconsin in 2016. MCW’s School of Pharmacy opened in 2017. A major national research center, MCW is the largest research institution in the Milwaukee metro area and second largest in Wisconsin. In FY2016, faculty received more than $184 million in external support for research, teaching, training and related purposes. This total includes highly competitive research and training awards from the National Institutes of Health (NIH). Annually, MCW faculty direct or collaborate on more than 3,100 research studies, including clinical trials. Additionally, more than 1,500 physicians provide care in virtually every specialty of medicine for more than 525,000 patients annually.

About Medical College of Wisconsin