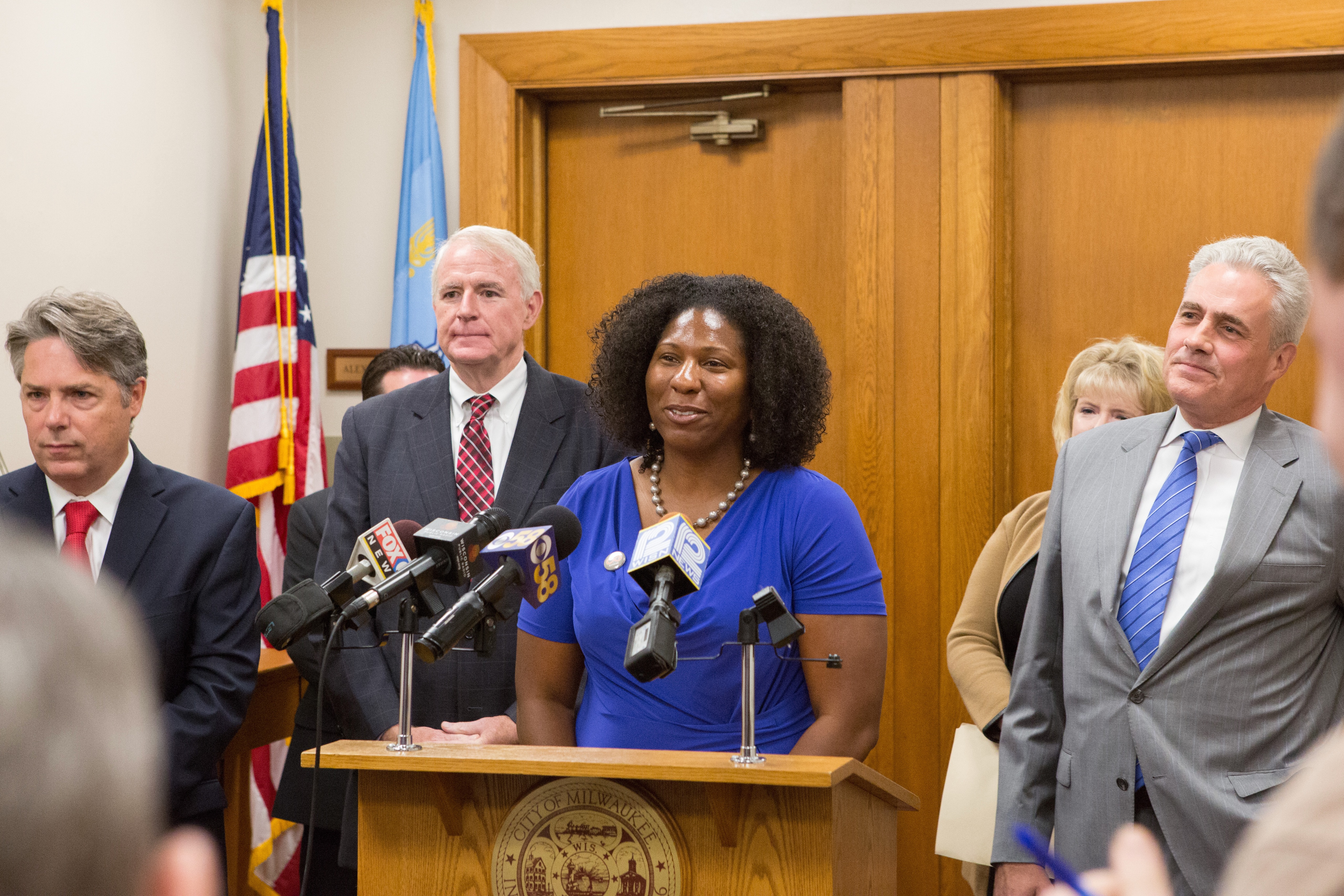 Keisha Krumm speaks at a news conference at City Hall in 2015 at which Nationstar Mortgage announced it would contribute $30.5 million to help Sherman Park homeowners recover from the foreclosure crisis. (Photo provided by Common Ground)

Keisha Krumm, executive director of Common Ground, will step down this week after leading the organization for eight and a half years.

“It wasn’t an easy decision because I love Common Ground. I love Milwaukee. It’s been good to me and my husband,” Krumm said.

On Nov. 1, she will assume the executive director position at Greater Cleveland Congregations, which has more than 40-member organizations from different denominations.

Among the important issues Common Ground pursued during Krumm’s tenure was the reform of MPS’s Supplemental Education Services, which was intended to provide free tutoring for low-income students under the No Child Left Behind law.

Common Ground discovered that the program at MPS had little oversight and accountability and worked with MPS to create Tutoring for You, or T4U. The program got national recognition for showing the most and fastest gains in academic performance, Krumm said. 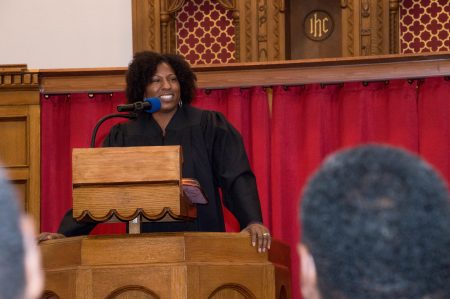 Another campaign, Fair Play, ended with a $30.5 million agreement that Nationstar Mortgage made with the city. The money went to Sherman Park homeowners hit by the foreclosure crisis and allowed people to stay in their homes and get their mortgages refinanced, Krumm said.

Wes Edens, a co-owner of the Milwaukee Bucks basketball team, was chairman of the board of an investment group that owned the mortgage services company.

She is proudest, she said, of her role in developing the Common Ground organizers, people she described as “better, bolder, more indignant and more committed to righting the wrongs that have been done to ‘the least of these’ in the city.”

The nonpartisan coalition of more than 45 congregations, schools, small businesses and neighborhood groups works to address and find creative solutions to problems important to the community. Many of those problems concern inequalities in health care, housing, education, criminal justice and employment opportunities.

“I found her very direct and approachable, and I have a great deal of respect for the work she was doing and why she was doing it,” said Tim Sheehy, president of the Metropolitan Milwaukee Association of Commerce.

“We worked on issues that would relate to equity in the community. While we may have been on opposite sides of some issues, I think we clearly agreed on the destination.” Sheehy said.

Krumm has a power to articulate a great story to create the will to make change and bring about results, said Will Davis, pastor of Invisible Reality Ministries and a Common Ground member.

“Great leaders do that,” he said. “She will truly be missed. “

Jennifer O’Hear, who will succeed Krumm at Common Ground, said Krumm deserves credit for “building this tri-racial organization and leaving Common Ground in a much stronger position than it was when she came. It’s financially stable and it has a lot of mature leaders working on different issues.”